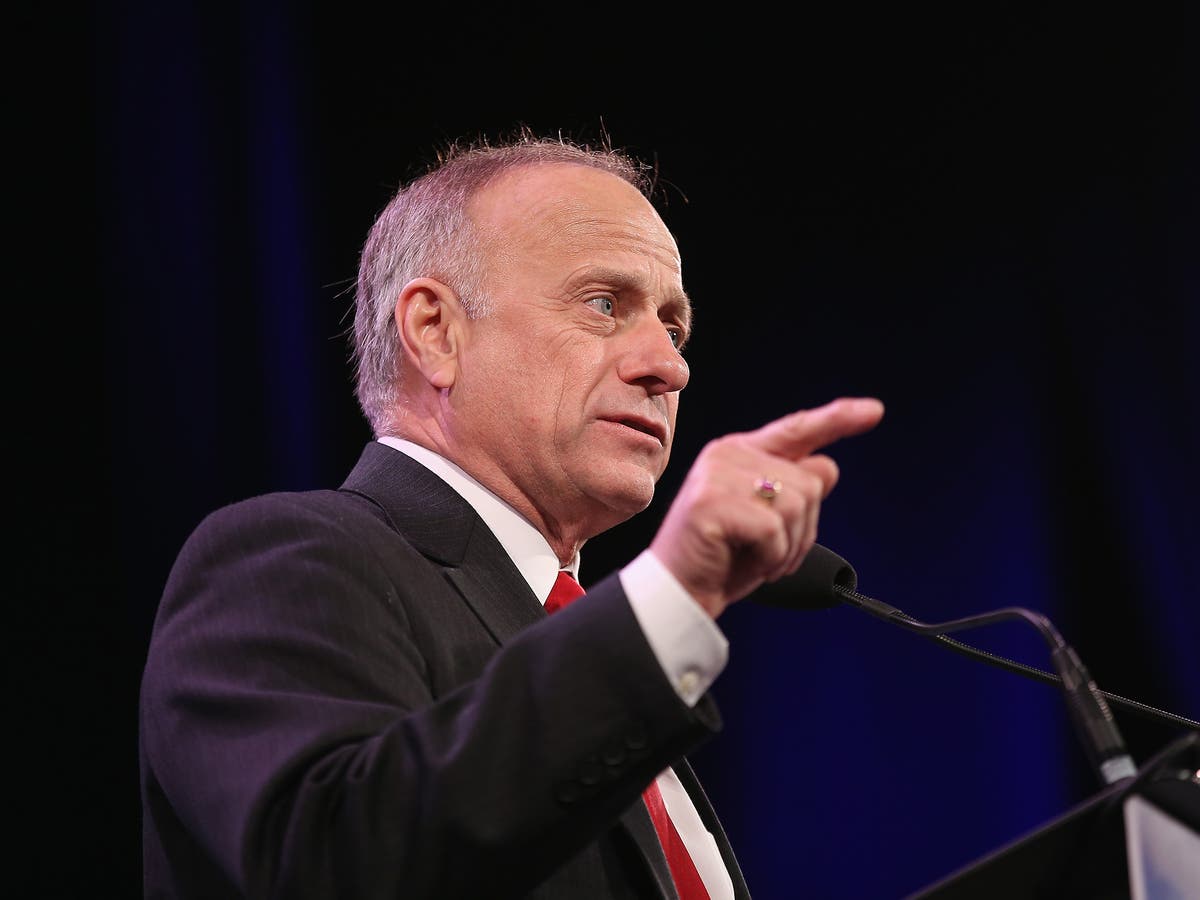 The condemnation Mr King faced was a throwback to his final years in the House, when his far-right politics frequently drew criticism from Republicans as well as Democrats.

Mr King’s ties to and defense of white nationalism saw him stripped of his committee assignments during his final term in the House of Representatives.

In the tweet, Mr King seemed to compare doing yardwork to being enslaved and suggested that enslavement was preferable to being aborted because enslaved people were able to see the sun rise and set.

Mr King served Iowa in Congress for nearly two decades and for years did not face competitive races in the conservative northwest portion of the state. But Mr King’s racist comments and adherence to white supremacist beliefs like the Great Replacement theory finally caught up to him.

In 2018, Mr King only narrowly defeated Democrat JD Scholton for re-election. The following January, he asked in a New York Times interview, “White nationalist, white supremacist, Western civilization — how did that language become offensive?” and suggested that the Democratic Party “is no country for white men”.

The House voted nearly unanimously to rebuke’s Mr King’s remarks and the Republican Steering Committee stripped him of all his committee assignments.

Since that defeat, Mr King has largely been absent from public life.

The Tuesday tweet, sent out in the early morning hours just two days after the Junteenth holiday, was one of Mr King’s first to recieve substantial engagement in the last several months.

The engagement he recieved was overwhelmingly negative.

But if Mr King intended to draw attention to himself with the tweet, he succeeded.

Considering he no longer holds public office, that attention might be a form of currency. Mr King last year released a book with a publishing company co-founded by former National Rifle Association president Oliver North.