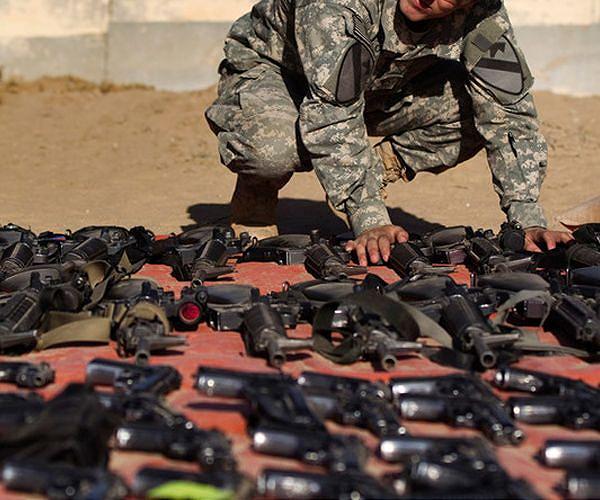 For nearly a decade, America’s satirical “The Onion” publication has run a headline that’s come to epitomize the futility many people feel in the wake of yet another US gun massacre.

“‘No Way To Prevent This,’ Says Only Nation Where This Regularly Happens” reads the title, which the outlet published on Wednesday for the 21st time since 2014.

The headline routinely makes the social media rounds after mass shootings, as flags are lowered to half-staff, moments of silence are held and US lawmakers offer words of condolence, perhaps even anger or tears — but ultimately little else.

The Onion article was also run earlier this month, after a racist shooting at a grocery store in upstate New York. Less than two weeks later, a teenage gunman on Tuesday shot dead 19 primary schoolchildren and two teachers in Texas.

It echoed the school massacres that came before it: Columbine, Sandy Hook, Parkside.

The attacks remain open wounds on the American psyche but have resulted in little to no legal changes. In many places across the nation, gun ownership today is easier than ever.

The inertia in the face of cyclical violence stands in stark contrast to responses elsewhere in the world.

Hours after the Texas attack New Zealand’s prime minister, Jacinda Ardern, appeared on the US program “The Late Show with Stephen Colbert” and drove home just how uniquely American the problem is.

Less than a month later, the country outlawed almost all semi-automatic weapons and assault rifles.

“I could not fathom how weapons that could cause such destruction and large-scale death could have been obtained legally in this country,” Ardern said at the time.

Speaking Tuesday, she explained that New Zealanders are “a very pragmatic people.”

“When we saw something like that happen, everyone said never again,” she said. “So then it was incumbent on us as politicians to respond to that.”

Ardern also invalidated fears that gun control would have an adverse impact on activities like hunting.

“We have legitimate needs for guns in our country, for things like pest control and to protect our biodiversity,” she told Colbert. “But you don’t need a military-style semi-automatic to do that.”

Australian economy ministry Jim Chalmers summed up a large part of the global reaction to the Texas attack, saying “it is hard to imagine that a great country like the United States can go on like this, with this gun violence, these mass atrocities.”

“The US government has not been seen to do anything substantive to address these problems in the past decades,” he said.

The American distinction isn’t lost on politicians including President Joe Biden, who in the aftermath of the latest shooting tweeted that “these kinds of mass shootings rarely happen elsewhere in the world.”

“Why are we willing to live with this carnage? Why do we keep letting this happen?” he pleaded.

Speaking Tuesday night he urged US lawmakers to stand up to the National Rifle Association, the country’s powerful pro-gun lobby that has given millions of dollars to primarily conservative politicians in a successful bid to keep gun laws loose.

Even incremental US legislative change — including background checks, raising the minimum firearms purchasing age, and creating a system that would empower courts to keep guns away from potentially dangerous people — faces apparently insurmountable obstacles.

“The difference between America and these other nations is not that there aren’t people with homicidal thoughts in other nations,” said Senator Chris Murphy of Connecticut on MSNBC Tuesday night, after he delivered an emotional plea for gun control on the Senate floor.

“It’s that they can’t go down to their local Walmart and buy a weapon that kills 20 kids in two minutes.”

The AR-15 and America’s love of military-style weapons
Washington (AFP) May 25, 2022 –
Time and again, America’s worst mass shootings — including the one this week at an elementary school in Texas — have featured a common thread: the killer’s use of a military-style assault rifle that is inexpensive, easy to use and deadly efficient.

The type of weapon, commonly known as the AR-15, is once again under scrutiny after a gunman used the rifle to kill 19 children and two teachers in Uvalde.

Here are some key facts about the AR-15:

The AR-15 is a semi-automatic weapon, meaning a user can fire multiple shots in quick succession.

Its cousin, the M-16, has been used by the US military since Vietnam. While some military assault rifles are fully automatic, civilians are prohibited from owning such weapons in most circumstances.

AR-15s fire high-velocity bullets that travel at triple the speed of a handgun round, are accurate over long distances, and cause expansive, devastating wounds to soft tissue and internal organs.

While handguns account for more deaths per year in the United States, AR-15s are frequently used in high-profile mass shootings.

Buying an AR-15 is easy. Depending on the state of residence, a prospective owner can walk into a gun shop and, after presenting a valid ID, buy a rifle or shotgun provided they can pass a federal background check.

This process looks at a buyer’s criminal history or whether they have ever been committed to a mental institution. But even this cursory check can be flouted in the case of private sales.

The National Rifle Association (NRA) touts the rifles for recreational target practice and home defense, but critics say their lethality means they do not belong in civilian hands.

Part of the reason for the popularity of AR-15s in America is that they are widely customizable, with owners able to add scopes, large-capacity magazines and a plethora of other accessories.

The Bureau of Alcohol, Tobacco, Firearms and Explosives does not know how many assault weapons there are in America — they are prohibited by federal law from keeping a gun registry database.

According to the National Shooting Sports Foundation, more than 16 million of the rifles had been sold to the American public by 2018.

Assault weapons were banned in 1994 under president Bill Clinton, but the restriction lapsed in 2004 amid pressure from the powerful NRA, and congressional efforts to renew the prohibition since then have failed. 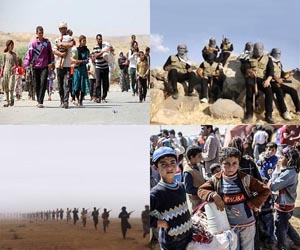 For Iraqis back from Syria, life on hold in ‘rehabilitation’ camp


Awatef Massud is longing to reunite with her Iraqi family after years spent in Syria, but first she must do time in a vetting camp to ensure she has no links to jihadists.

The 35-year-old mother of five fled to neighbouring Syria in 2014 to escape violence at home after the Islamic State group swept across swathes of Syria and Iraq.

For four months now, since her return to Iraq, she has been living in the Jadaa camp, a compound near the northern city of Mosul presented by the authorities as a “r … read more