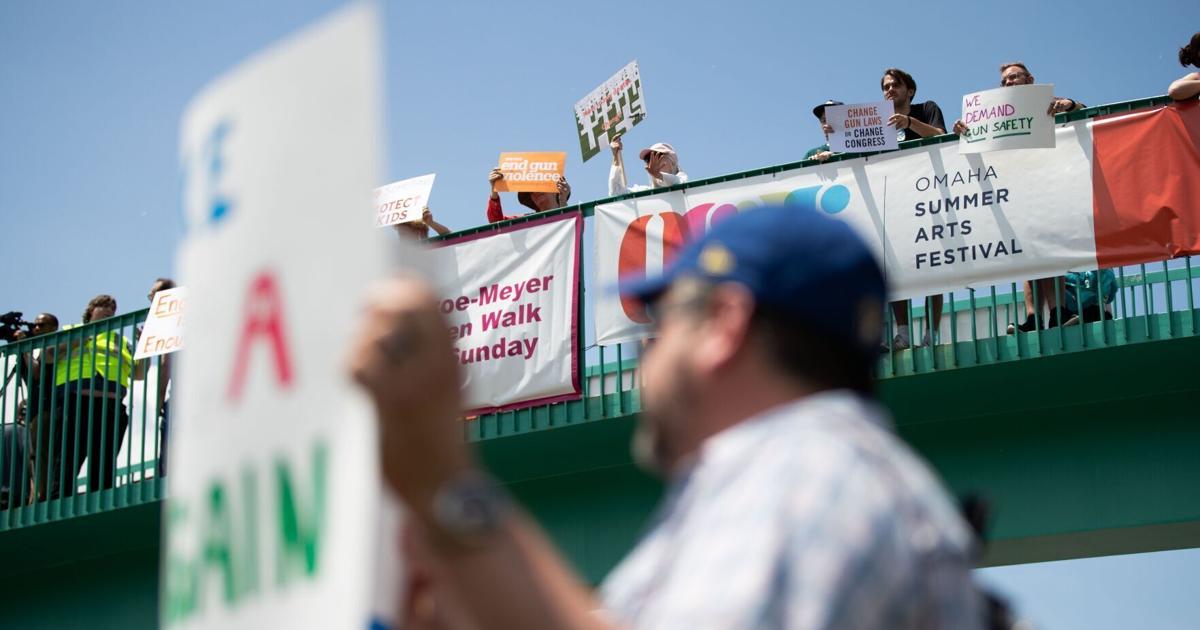 Nebraska’s congressional representatives have all benefited from campaign spending by the National Rifle Association and other gun rights groups, according to campaign finance records.

U.S. Sens. Deb Fischer and Ben Sasse have A ratings from the NRA over their careers. Reps. Don Bacon and Adrian Smith voted against two gun control bills last week that passed on largely party-line votes in the House of Representatives.

But as gun laws have reemerged as a top political issue in the wake of recent mass shootings in Uvalde, Texas, and Buffalo, New York, it’s not clear what role money from gun rights groups has played in their positions on gun-related legislation.

Nebraska’s congressional members are all Republicans who were elected to office with conservative political views. Virtually all campaign spending from gun rights groups goes to boost Republicans.

The delegation also represents a state in which about half of households own guns and that ranks in the middle on measures of the strictness of gun laws. Everytown for Gun Safety, which advocates for gun restrictions and policies to prevent gun violence, rated the state 20th best for gun law strength. Meanwhile AZ Defenders, an Arizona-based law firm specializing in criminal law, ranked it as 27th most gun-friendly.

Sasse, Nebraska’s junior senator, has reaped the largest amount of gun rights campaign dollars since he first ran for office in 2014, according to information available on the website Opensecrets.org, which tracks money in politics.

That includes money from the NRA, the most widely known gun rights group; the National Shooting Sports Foundation, which represents gun manufacturers; Gun Owners of America, which bills itself as a “no-compromise” gun lobby; and Safari Club International, a pro-hunting organization.

Bacon, who represents the Omaha-focused 2nd District in the House, has the second-highest total, $50,088, over his four election campaigns. He has gotten $19,500 in direct contributions, while gun rights groups put $30,588 into independent efforts. The independent expenditures included efforts to boost Bacon and, during the 2018 campaign, oppose Kara Eastman, the Democratic candidate.

Fischer, the state’s senior senator, came in a close third, with gun rights groups spending $49,795 on her elections since 2012. The total encompasses $12,450 in campaign contributions and $37,525 in independent expenditures, including money spent opposing the Democratic candidate, former U.S. Sen. Bob Kerrey, in 2012.

The smallest total, but largest amount in direct campaign contributions, went to U.S. Rep. Adrian Smith, who represents the sprawling 3rd District. He got $34,650 in donations from gun rights groups in his eight elections. The groups did not make any independent expenditures.

Nebraska’s 1st District House seat is vacant following the resignation of U.S. Rep. Jeff Fortenberry. State Sens. Mike Flood, a Republican, and Patty Pansing Brooks, a Democrat, are competing in a special election to fill out the remaining months of Fortenberry’s term.

Fischer and Sasse did not respond to requests for comment on the money from gun rights groups. Bacon and Smith said they base their votes on factors other than campaign spending.

“I do not base my votes on political contributions, but on my oath to the Constitution, my promises to my constituents, and the views of Nebraska’s 2nd District,” Bacon said, noting that organizations typically contribute to candidates whose positions most closely align with theirs.

In the recent House votes, he said he was also influenced by a May 11 decision by the 9th Circuit Court of Appeals, which struck down a California law attempting to raise the age for purchasing semiautomatic weapons to 21 years old, up from 18. One of the House bills would increase the age for buying semiautomatic rifles to 21.

Tiffany Haverly, a spokeswoman for Smith, said his “votes in Congress are determined by the feedback he receives from Nebraskans.”

Gavin Geis, executive director with Common Cause Nebraska, said the money coming from gun rights groups for Nebraska representatives pales in comparison to the contributions they get from other industries and interest groups.

For example, Bacon’s campaign contributions received in 2019 and 2020 totaled more than $3.3 million, according to Federal Election Commission records. That number alone dwarfs the $19,500 in total direct contributions Bacon has received from gun rights groups since he first ran for Congress in 2016.

Some analysts say the gun rights lobby wields power in large part through its ability to mobilize gun owners to get out and vote, as well as to contact elected officials in support or opposition to legislation.

“These donations are still huge compared to what the average Nebraskan is able to contribute to campaigns, and should raise the question of whether our federal representatives are listening to the voters of Nebraska or their out-of-state funders,” he said.