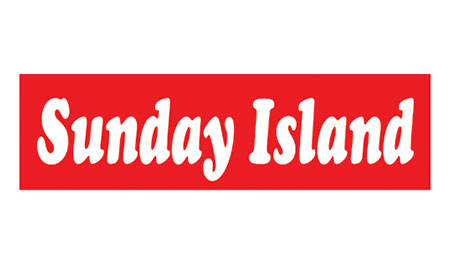 I have used a variance of the catchphrase, “It’s the Economy, Stupid”, which became the mantra of the successful Clinton presidential campaign in 1992, when the US was facing an economic recession during the presidency of George H.W. Bush. The slogan served to highlight and exploit one key issue in the minds of a majority of voters, the economic downturn, and make it the central point of the successful Clinton campaign.

In 2004, the central issue for the voters was the illegal, pre-emptive war against Iraq waged by the younger Bush. The Democrats did not exploit overwhelming opposition of the electorate against the US invasion of a sovereign nation. They failed to rally voters behind the strategic slogan, “It’s the War, Stupid”, out of a sense of misplaced patriotism, which probably cost them the presidency.

As the New York Times stated, “The Democratic leaders never united around a substantive alternative vision to the administration’s pre-emptive war against the thug of Baghdad. That isn’t patriotism, it’s abdication”.

The Democrats seem to be heading in the same direction in their preliminary campaigns for the 2022 midterms just five months away and the 2024 presidential election. Despite all the dangerous threats the nation faces today – the end to democracy, high inflation and the possibility of a recession, the Republican Supreme Court’s ruling to take away women’s rights to reproductive freedom, the one single issue is, and has been for years, the proliferation of military-style weapons and the resultant loss of 40,000 lives per year, especially the murder of toddlers.

After all, according to the National Rifle Association, the Republican Party and the huntin’, fishin’ cowboys of America, the dead have no need for rights and freedoms.

The current public hearings of the Bipartisan Committee presented overwhelming evidence that the insurrection was being planned by Trump and his closest “advisors” even before the presidential election, when the polls indicated that Trump would lose the election.

The first public hearing of the Committee laid the framework of Trump’s treasonous plan to cling to power, with an extensive propaganda campaign that the election was stolen from him. The Big Lie still believed by 50% of Republican voters, who refuse to trust the evidence of their own eyes.

The Deputy Chairman of the January 6 Committee, Republican Liz Cheney made an opening statement, considered to be one of the finest prosecutorial orations in recent times.

Towards the end of her speech, Cheney offered a stark warning to members of her party who continue to support former President Donald Trump and downplay the events of January 6. “Tonight I say this to my Republican colleagues who are defending the indefensible: There will come a day when Donald Trump is gone, but your dishonour will remain”.

Previously unheard and unseen evidence, from police and congressional witnesses, Trump’s previous associates and a video filmed by a documentarian, were made public during the televised hearings. They provided incontrovertible evidence of Trump’s treason, that Trump knew that the Big Lie was indeed a Big Lie, but still spread false propaganda in a desperate, seditious attempt to cling to power.

He defrauded his own supporters for funds to the tune of an estimated $250 million, in an ostensible appeal to fight non-existent “election fraud”. The Committee proved that these donations went straight into the personal coffers of Trump and his family, potentially a prosecutable federal crime of Mail Fraud.

During the second hearing, then Attorney General William Barr stated that he told Trump a few days after the election that there was no evidence of election fraud. He also said that “Trump was detached from reality” and his claim of election fraud was “bullshit”. Ivanka Trump, the former president’s daughter and his “chief adviser” was also present at this meeting. She confirmed under oath that Trump had accepted Barr’s findings and knew that he had lost the election. Predictably, Trump has now turned against his favourite lady.

These crimes have been long known to the public, but there is little hope that even the comprehensive evidence provided by the January 6 Committee will sway the entrenched minds of Trump supporters. They will continue to downplay four years of crimes while Trump was at the White House and his leading role in the January 6 insurrection. They still worship him, and their cult-like support will be shown at future elections. Whatever the crimes, including treason, that Trump has been proven to commit, his supporters will pretend to disbelieve, forgive, even ignore them as long as he keeps their dreams of white supremacy alive.

And there is no doubt that if Trump, or any of his closest associates are indicted for fomenting a coup that came very close to the destruction of American democracy, there will be widespread violence resembling another Civil War. Millions of white supremacists armed with military style weapons, who form the base of the Trump cult, will take to the streets in a nationwide insurrection to preserve the privileges of the white race. This threat of domestic terrorism and white supremacy which emerged during Trump’s presidency, may be brought to the boil, one way or another, perhaps even before the midterms in November.

The next hearing is scheduled for Thursday, June 16, when the Committee will show evidence of the extreme pressure Trump put on Vice President Pence, ordering him to illegally overturn the votes of the Electoral College on January 6, an act against the Constitution. To his credit, Pence refused to succumb, even at the risk to his own life.

However, the monotonous regularity of the murder of 40,000 people per year, including little children, seems to be the current central issue. It is bad enough that there have been 228 mass shootings (defined so when four or more people are killed), including 27 school shootings this year. We are still in June.

We have witnessed the mutilation of children, between six and 10 years of age, and teachers who spent their lives on education. The worst were in Columbine, Colorado (1999), in Newtown, Connecticut (2014), in Parkland, Florida (2018), the last, two weeks ago in Uvalde, Texas. With hundreds of lesser school shootings sprinkled among these four major tragedies.

What sadistic cretin can still find excuses for the imposition of gun control regulations after the constant mutilation of innocent children? The answer is the NRA and their bought and paid for puppets in the Republican Party.

Where gun regulations are concerned, these corrupt Republican Congressmen do not represent the opinion of the vast majority of Americans, including moderate conservatives and independents.

Except for the five million members of the NRA, which include all Republican members of Congress, there is none who would not have been touched, saddened, even angered, at the speech made by actor Mathew McConaughey from the podium of the White House Press room, days after the Uvalde shooting. McConaughey grew up in Uvalde, Texas, his mother taught elementary school a mile away from the massacre. He still has friends and relations in that little town, and a shared grief in the tragedy.

In an impassioned speech lasting 21 minutes, McConaughey said, “we have an epidemic of indiscriminate mass shootings, of parents burying their children, of inaction. Buck passing to save the unnecessary loss of lives is not a partisan issue”.

He spoke tenderly of each of the little ones by name, talking of their individual dreams: of 10-year-old Alithia, whose dream was to attend art school in Paris and one day share her art with the world. Of nine-year old Maite, who dreamed of being a marine biologist. Maite wore green high top Converse (shoes) with a heart she had hand-drawn on the right toe. Green because they represented her love of nature. “Wore them every day. These are the same green Converse on her feet that turned out to be the only clear evidence of her identity after the shooting. How about that?”

One little girl explained, in pre-recorded testimony, that she had smeared her classmate’s blood on herself to play dead, and graphically described the moment the gunman shot her teacher in the head. What wonderful childhood memories she will carry the rest of her life?

According to Dr. Roy Guerrero, a Paediatrician who testified in Uvalde, “Two children whose bodies had been pulverized by bullets fired at them, decapitated, with their flesh ripped apart. The only clues to their identities were their blood-splattered cartoon clothes still clinging to them, clinging for life and finding none”. How about that?

The reconstruction of these little bodies was beyond the expertise of morticians’ cosmetologists, whose job was to beautify corpses for public viewing at funerals. An impossible task for these mutilated little bodies. How about that?

“This moment is different. We’re in a moment of opportunity that we have not been in before, a window of opportunity where real change can happen. So while we honour and acknowledge the victims, we need to recognize that this time it seems something is different. There is a sense that perhaps there is a viable path forward. Responsible parties in this debate seem to at least be committed to sitting down and having a real conversation about a new and improved path forward – a path that can bring us closer and make us safer as a country, a path that can actually get something done this time”, concluded McConaughey.

This time may be different, even to a minimal extent. A bipartisan group of Republican and Democratic Senators are trying to find common ground. Whatever they come up with will be unlikely to involve any sweeping reforms.

The reforms under discussion – mental health, improving school safety and support for children and ensuring that those who are adjudicated as mentally ill cannot purchase assault rifles – fall far short of the serious action that needs to be taken to significantly diminish gun violence – increase of the age of those allowed to purchase guns to 21, universal background checks, waiting periods, mental health and red flag laws, a total ban on military style assault rifles, the weapon of choice of most mass murderers.

On Thursday, more than 220 CEOs of major companies – all contributors to Republican campaigns, called on the Senate to take “immediate action” to reduce gun violence following the spate of recent shooting deaths.

These business leaders wrote, “Taken together, the gun violence epidemic represents a public health crisis that continues to devastate communities – especially Black and Brown communities – and harm our national economy”.

In my opinion, if more meaningful steps are not taken to curb gun violence and the massacre of little children, those politicians who prefer to hide these tragedies under an avalanche of thoughts and prayers and nothing else, will be routed in any future election.

America is at the tipping point on the threats to many freedoms – women’s, LGBTQ and civil rights, voting rights, police reform, inflation, recession – and democracy itself. In spite of this, the central issue in any future election will be gun control, until stringent regulations are enacted capable of finally lowering gun deaths to levels enjoyed by every other advanced nation.

Today, the economy is the central issue, the main concern amongst 48% of the electorate; gun violence is a distant second, at 17%.

However, inflation and economic downturns are global and temporary. Gun violence is American are permanent. My thoughts and prayers go to the men and women who will realize that that the lives of our little children are more important than the price of gas, as they go to the polls in November.