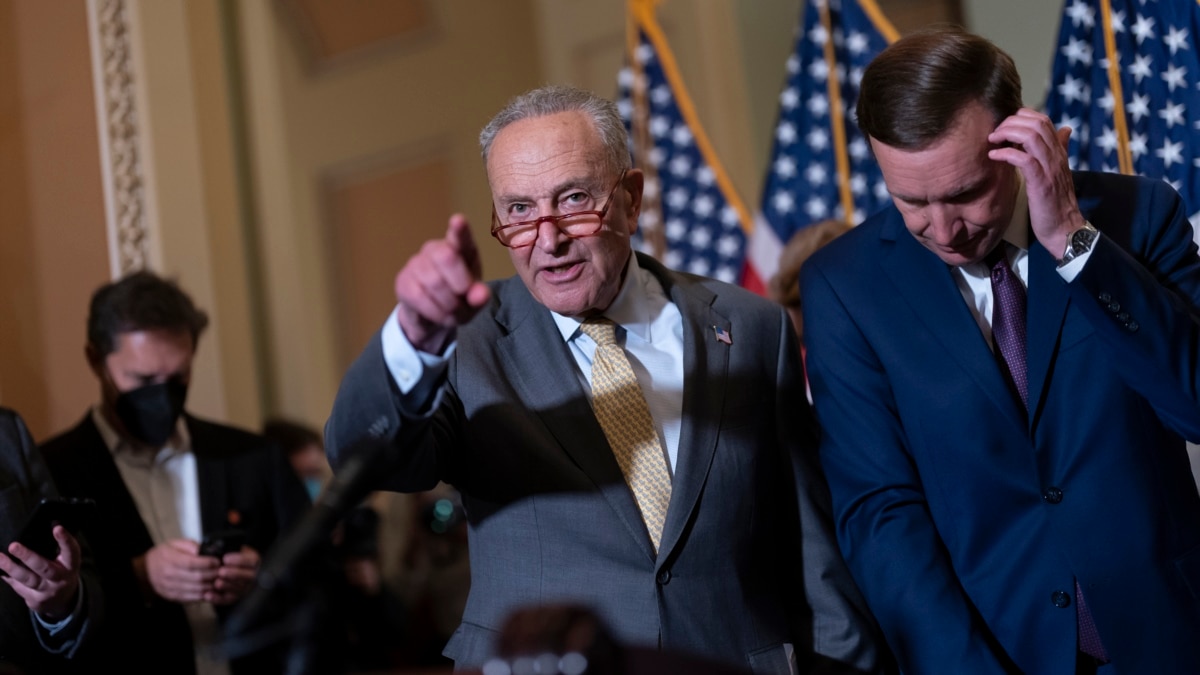 U.S. lawmakers could bring a bipartisan package tightening gun control laws to the floor of the U.S. Senate as early as the end of this week, U.S. Senate Majority Leader Chuck Schumer told reporters Tuesday.

“The agreement was something many believed was not possible just a few weeks ago, but Democrats and a good number of Republicans said we’d have to try,” Schumer said.

Ten Democrats and 10 Republicans agreed over the weekend to the framework of a deal that, if passed, would fund school security and mental health services while incentivizing states to expand red-flag laws.

Schumer noted that the package would represent the most significant congressional effort toward gun control legislation since the Brady Bill, which imposed a five-day waiting period on handgun sales 28 years ago. Schumer co-authored that bill.

“This agreement would enhance background checks for those under 21, help states with their red flag laws to prevent shootings before they happen, and would make it harder for domestic abusers to require a weapon by closing the boyfriend loophole,” Schumer said.

Senate Minority Leader Mitch McConnell said Tuesday that if the legislative text reflects the framework, he will feel comfortable voting for these new laws.

The effort came together after mass shootings that killed dozens of Americans — many of them young children — with legally obtained, military-grade weapons.

President Joe Biden said in a statement Sunday the plan “does not do everything that I think is needed, but it reflects important steps in the right direction and would be the most significant gun safety legislation to pass Congress in decades.”

On Monday, White House press secretary Karine Jean-Pierre said the framework will help the president honor his promise to parents in Uvalde, Texas, “to do something” after 19 children and two teachers were gunned down May 24 by an attacker wielding an assault rifle inside an elementary school.

The deal does not include Biden’s call for a ban on the sale of rapid-fire assault weapons that are often the weapon of choice deployed by mass shooters in the United States.

The National Rifle Association said it “does not take positions on ‘frameworks.’ We will make our position known when the full text of the bill is available for review.”

Previous gun control measures have been opposed by the deep-pocketed group. Their legislative pressure group described a recent House bill as “unconstitutional legislation” that “threatens to turn millions of law-abiding gun owners into felons, as well as subject their lawfully acquired firearms to government confiscation without due process.”

The bill the NRA referred to, among other things, would establish a minimum age of 21 for purchases of semi-automatic rifles and shotguns. It also includes mandatory home storage requirements for firearms, which the group argues are unconstitutional.

Matt Valentine, a scholar and lecturer at the University of Texas at Austin who focuses on gun violence policy, told VOA that while three of the nation’s gun control advocacy groups approve of the latest proposal, “many of my contacts in the gun violence prevention community are underwhelmed.”

Valentine said this proposal could also give ammunition to Republican politicians looking to muster support in midterm elections later this year.

“In some ways, this Senate package could be an election-year boon for gun-friendly politicians in red states, because it will give them something to fight against,” he said. “Having achieved almost total deregulation of firearms, gun rights activists in these states have been left in the awkward position of having nothing left to fight for. This proposed federal legislation will give them something to fight against.”

Legislators in the U.S. have battled for years over gun laws, with Democrats almost universally supporting tighter controls and Republicans opposing them by arguing that any such moves threaten the Second Amendment to the U.S. Constitution.

Lawmakers have spent almost a month negotiating this deal in the aftermath of shocking mass killings in Texas, New York and Oklahoma. But gun violence kills Americans on a daily basis. On Monday, according to the independent Gun Violence Archive, 12 Americans died of gunfire in separate incidents around the country.

Gun Control Back on the Menu in New York as Gov. Hochul Orders Special Session to Pass New Curbs
Maine Voices: We won’t fix our problems if we can’t fix democracy
Florida And NRA Point To Supreme Court Ruling In Gun Case
‘Having a Tragic Situation’ Is No Reason for Abortion: Kristi Noem
Legal expert identifies an ominous ‘tragedy’ that the Supreme Court has inflicted upon itself