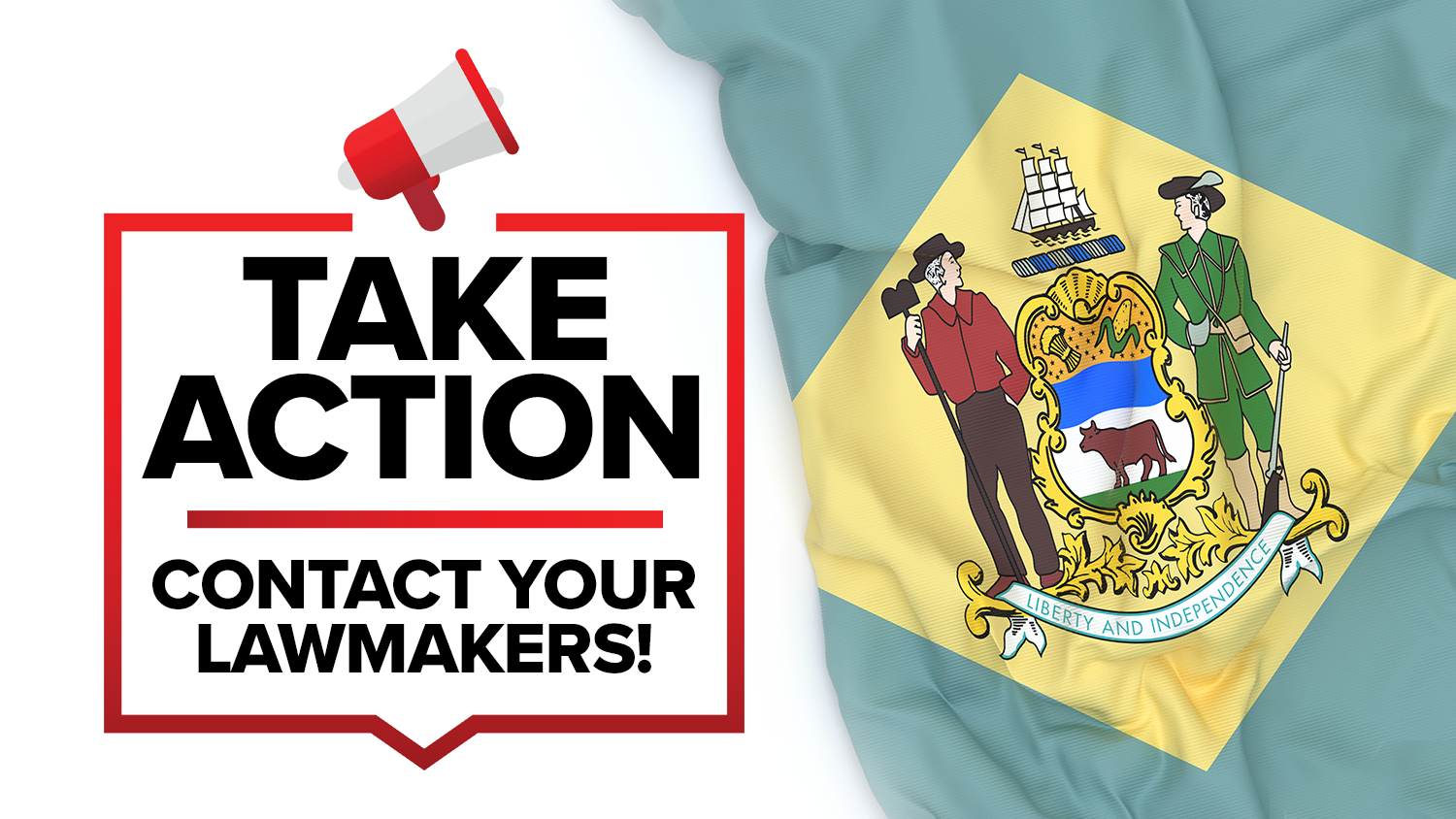 On Wednesday, the Senate Executive Committee will hear House Bill 450 House Amendment 1, to ban many commonly-owned firearms, along with Senate Bill 302, to bankrupt the firearm industry with frivolous lawsuits, and Senate Bill 8, to amend Delaware’s machine gun ban. Tomorrow, the Senate will consider House Bill 423, to require firearm dealers to conduct background checks with the state, rather than use the existing federal system. In addition, this week, the House can consider Senate Bill 6, to ban many standard capacity magazines in common use, and House Bill 451, to deprive young adults of their Second Amendment rights. Please contact your lawmakers and ask them to OPPOSE these bills.

House Bill 450 House Amendment 1 imposes a ban on many commonly-owned rifles, shotguns, and handguns that law-abiding citizens use for self-defense and sport. The firearms banned are those from Maryland’s enumerated model list, as well as any other firearm with an arbitrary physical feature on Connecticut’s criteria list.

Citizens who own such firearms prior to the ban may continue to possess them, but the burden is on them to prove that they owned them prior. The state will provide the option for owners to apply for certification that banned firearms were owned prior. Banned firearms may only be transferred to direct family members or bequeathed to heirs. They also may only be possessed at, or transported to and from, certain locations, such the owner’s residence, shooting ranges, private property with the property owner’s permission, or licensed firearm dealers.

Senate Bill 302 allows lawsuits against firearm industry members for failure to implement “reasonable” controls to prevent straw purchases or theft. This intentionally vague term can subject the industry to crippling lawsuits regardless of whether there is any actual violation of law. Plaintiffs are not required to prove that any such action was done with any intent to cause harm.

The firearm industry is already highly regulated through federal and state laws, with violations carrying stiff penalties. This is the latest salvo in gun control advocates’ long-running effort to circumvent the federal Protection of Lawful Commerce in Arms Act (PLCAA), which ensures Americans have reasonable access to firearms. The PLCAA does not prohibit lawsuits against the firearm industry for knowingly unlawful sales, for negligent entrustment, and on traditional products liability grounds.

House Bill 423 has the State Bureau of Identification create the Firearm Transaction Approval Program (FTAP) to act as a point of contact to conduct background checks on firearm transfers for licensed firearm dealers rather than allowing the dealers to conduct federal NICS background checks themselves directly with the FBI.

In addition, it allows for up to a 25–day delay for firearm transfers if the FTAP check is not completed during that time. This can allow inefficiencies in the state system or failures by bureaucrats to unreasonably delay Second Amendment rights.

Senate Bill 6, the so-called “Delaware Large Capacity Magazine Prohibition Act,” bans possessing magazines with a capacity greater than seventeen rounds of ammunition, including those that may “readily be converted” over that capacity. This vague and broad definition could be interpreted to ban the magazines for most modern handguns and rifles in common use. Such arbitrary limits are not grounded in public safety and, instead, restrict law-abiding citizens who use these magazines for various purposes, such as self-defense and competition.

House Bill 451 discriminates against adults aged 18-20 by prohibiting them from purchasing, owning, possessing, or controlling any firearm or ammunition other than shotguns and shotgun ammunition, unless they have a Concealed Deadly Weapon Permit. This violates the Second Amendment rights of those who are legally adults and are deemed old enough to vote, serve on a jury, enter into binding contracts, get married, and enlist in the military, unless they first pay fees to the government and go through red tape to get their rights back.

Again, please contact your lawmakers and ask them to OPPOSE these bills.

Georgia: State Senator Jason Anavitarte Receives NRA-ILA Defender of Freedom Award
The Inescapable, Ongoing Impact of Gun Violence
How the Senator from Sandy Hook beat the NRA by caving to the GOP
The United States’ growing political, cultural and moral conflict is a cautionary tale
OPINION | LETTERS TO THE EDITOR: On raising age for gun | Teach social justice | Bring back restaurant