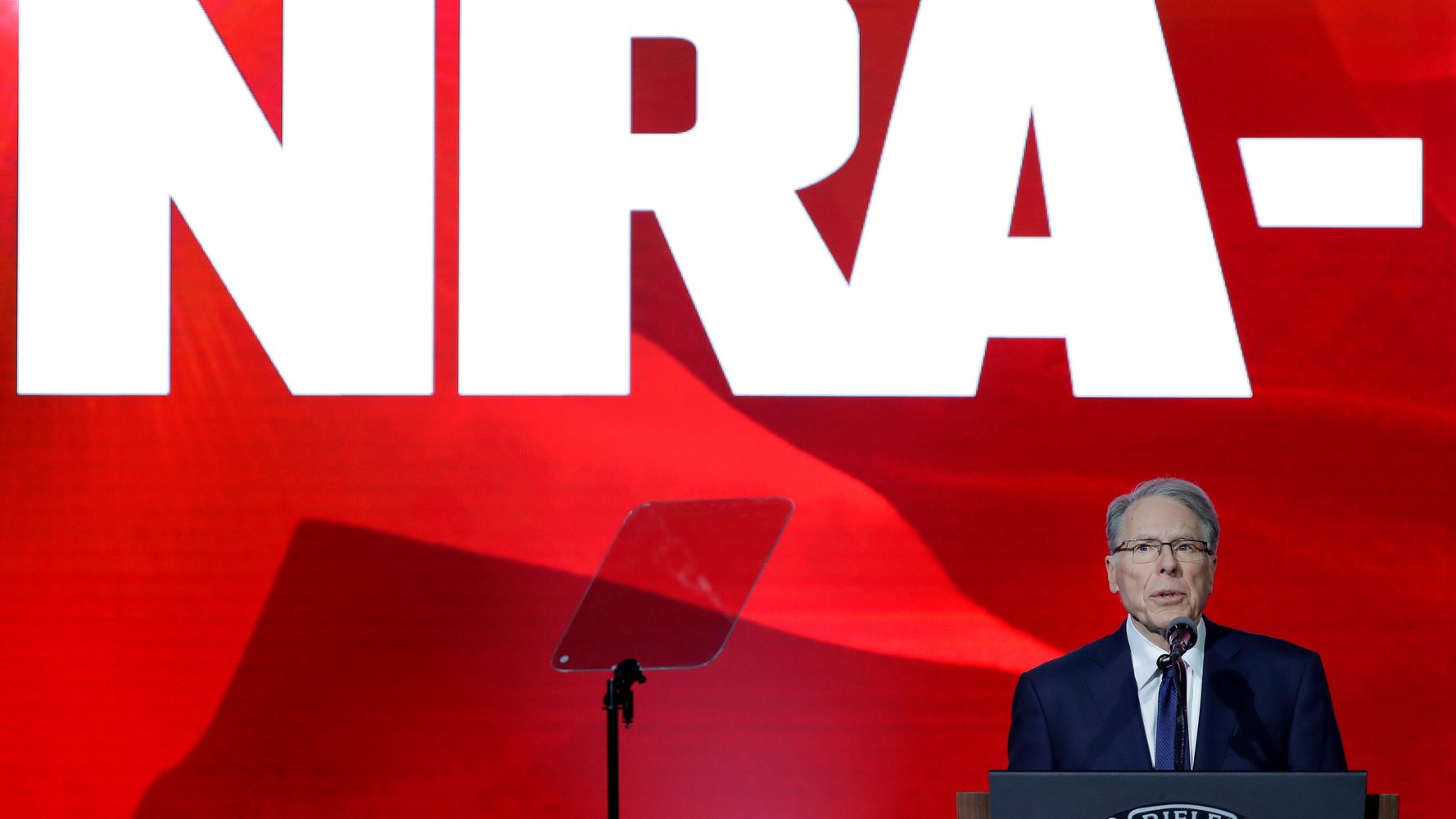 A judge on Friday dismissed a countersuit by the National Rifle Association that the group had hoped to use to dismiss a civil suit by the New York attorney general.

The NRA sought money damages and an end to a civil suit by state Attorney General Letitia James ― who has been investigating the gun group’s shady business practices since 2020 ― by arguing that the suit against the NRA was politically motivated.

“The narrative that the Attorney General’s investigation into these undeniably serious matters was nothing more than a politically motivated ― and unconstitutional ― witch hunt,” Cohen wrote in his ruling, “is simply not supported by the record.”

James’ investigation into the not-for-profit gun group revealed that top players, including chief executive Wayne LaPierre, were involved in “years of illegal self-dealing,” including buying luxury homes and spending half a million dollars of NRA money on high-end menswear and foreign trips.

Following James’ investigation into the group in 2020, top board members quit the NRA, and the group’s former second-in-command, Joshua Powell, accused LaPierre of using tragedies like the 2012 Sandy Hook school shooting as a way to siphon more money from its members.

“Wayne was out there selling the program to our members, raising money off it, claiming we were protecting kids’ schools,” Powell wrote in “Inside the NRA,” a book about the gun group. “It was another example of the wizard behind the curtain — lots of inflamed rhetoric and fireworks and noise, but very little effective action on countering gun violence.”

Although Cohen rejected James’ bid to dissolve the NRA in March, he noted in his Friday ruling that the NRA is still on the hook for its mismanagement of funds, and that the group has acknowledged in its own court filings that it was in need of “course correction.”

“Once again, a court has rejected the @NRA’s attempts to dismiss our lawsuit against the NRA for its years of fraud and abuse,” she tweeted. “We will continue our efforts to hold the NRA accountable because no one is above the law.”

The NRA Convention Begins Today. You Can’t Bring Your Gun.

Florida And NRA Point To Supreme Court Ruling In Gun Case
Senate passes most sweeping gun bill in decades, setting up House vote
NRA opposes bipartisan Senate gun safety bill
Post-Uvalde gun law is legacy moment for Texas’ John Cornyn, but backlash is fierce
The NRA and the House Freedom Caucus announced their opposition to the bipartisan Senate gun bill less than an hour after it was released