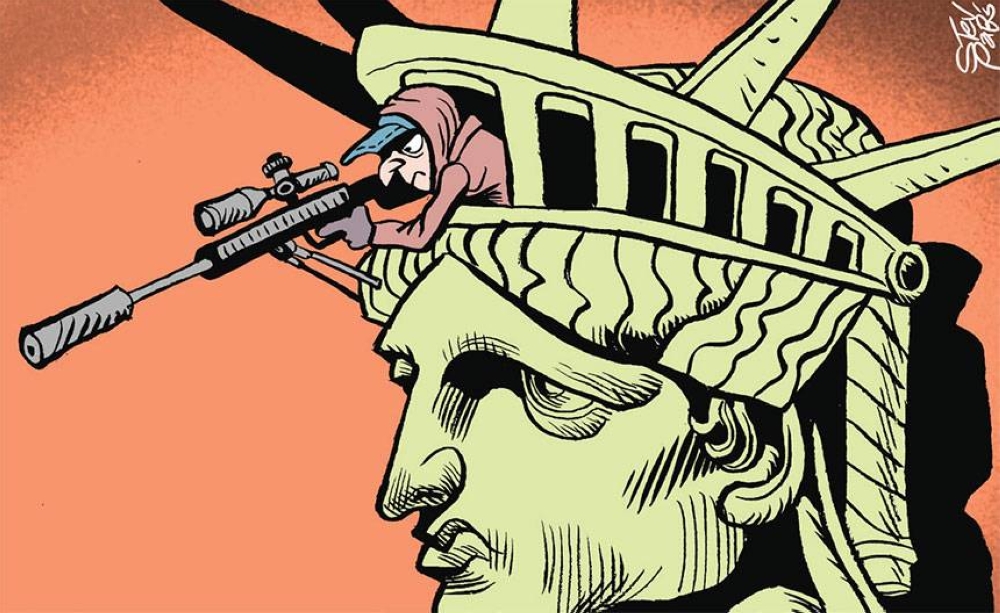 Read this in The Manila Times digital edition.

RECENT incidents of mass shootings in the United States have again brought into focus the need for more restrictive federal and state laws and regulations on gun ownership.

Last weekend, for instance, there were 13 mass shootings in various cities in the US. These shootings resulted in 17 deaths and more than 70 men and women wounded. These incidents of gun violence followed the killing by a lone gunman in Uvalde, Texas, of 19 elementary students and two teachers.

By far, this “exceptional propensity for gun violence” makes the United States the leading country where guns are used for the mass killing of innocent, defenseless schoolchildren, men and women.

Yet, Americans know that firearms are now “the leading cause of death among Americans aged 24 and younger.” In fact, a research study noted that in 2020 the most recent year for which data is available, “firearms killed 10,186 people, the highest annual number in two decades.” This year the incidence of gun violence resulting in deaths or serious injuries may even exceed the 2020 record.

Get the latest news

delivered to your inbox

The magnitude of the problem of gun violence is reflective of the number of guns of all types in the hands of civilians in the United States. There are more than 393 million firearms of various types and calibers, including the most popular semi-automatic rifle known as AR-15. This weapon was designed primarily for the use of the military in wars and other armed conflicts, to be used against enemies who are fully armed as well.

One easily discernible explanation for this staggering number of civilian-held firearms is rooted in the Second Amendment to the US Constitution which provides thus: “A well-regulated militia, being necessary to the security of a free state, the right of the people to keep and bear arms, shall not be infringed.”

In 1791 when the Second Amendment was passed white men were still colonizing most areas of what is the present territory of the United States. They were engaged in a war of attrition with the native Americans known to us as the Indians. It was guns for the white men and bows and arrows for the Indians. The Indians lost the war and are now mostly living in so-called “reservations.”

The US Supreme Court interpreted the Second Amendment to mean that an individual has the “right to use firearms independent of service in a state militia for traditionally lawful purposes, including self-protection, hunting, recreation/sports, family heirloom or in relation to work.”

Moreover, this provision has been interpreted in numerous cases and decided by the United States Supreme Court as a basic right that is on the same level and importance as those other rights enumerated in the First Amendment which is known as the Bill of Rights, e.g. freedom of speech, assembly and religion.

Verily, any suggested legislation to strictly regulate the sale and possession of firearms will readily be countered by the argument that such a measure will infringe constitutionally guaranteed basic rights of the citizens of the United States. Even the recent law passed in California and New York prohibits the sale and ownership of guns before age 21 may encounter a constitutional challenge.

Political realities in the United States right now seem not to augur well for any radical legislative action to pass through the US Congress. While in the lower chamber of the US Congress the Democrats have a clear majority, in the Senate the Democrats are only a majority of one. Republicans are for liberal regulations of gun ownership, the Democrats are generally for stricter regulation. In the Senate, any Democrat-proposed legislation will need the support of an additional 10 Republican senators to pass because of the chamber’s filibuster rule.

Some observers attribute this stance of the Republicans to their ideological orientation and more importantly to the influence of the gun manufacturers and the National Rifle Association (NRA) who liberally contribute to the campaign funds of politicians. The NRA-Political Victory Fund is one of the biggest spenders in congressional elections.

I quote a keen observer of American politics: “Politicians, fearful of retaliation from the National Rifle Association, solemnly offer their thoughts and prayers while refusing to enact reasonable measures to address the increasing incidence of gun violence and the number of victims.”

With no “silver bullet” to use, the United States will always be at the mercy of people who may have suicidal or homicidal mental disorders and who have easy access to firearms. The solution may not be restrictive legislation. Until an effective answer to the increasing number of gun violence and mass killings, many more school children, teachers and other innocent lives will be lost.