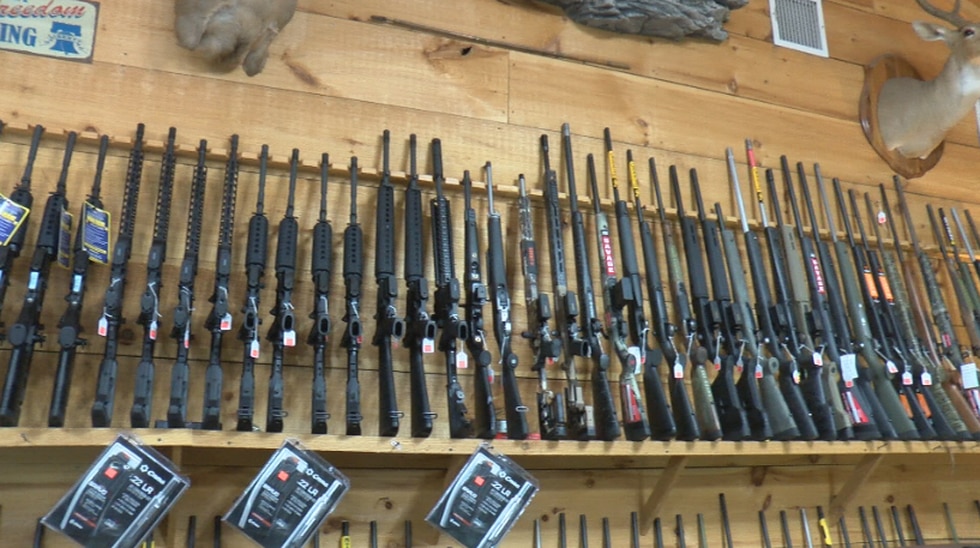 ATLANTA, Ga. (CBS46) – With yet another round of fatal mass shootings in the U.S. over recent weeks, gun regulations have once again made national political headlines.

In Georgia, the issue is one of the hot-button topics in the state’s nationally watched gubernatorial election between incumbent Brian Kemp and Democrat Stacey Abrams.

But a new study shows Georgia is one of the nation’s least dependent states on the gun industry. WalletHub, a personal finance website, compared the economic impact of guns in all 50 states to determine which among them leans most heavily on the gun business, both directly for jobs and political contributions and indirectly through ownership.

The nation’s No. 1 state in terms of dependency on the gun industry is Idaho, followed by Wyoming, Kentucky, South Dakota, Montana, Arkansas, Alaska, North Dakota, Missouri and Oklahoma.

Earlier this year, Kemp signed a bill backed by the National Rifle Association that allows gun owners to carry a firearm without a permit.

I look forward to signing the Georgia Constitutional Carry Act of 2021 into law soon and fulfilling another promise I made to the voters of this state. https://t.co/MmIPrR6uw5

On Wednesday night, the Democrat-controlled U.S. House of Representatives passed a wide-ranging gun control bill that would raise the age limit for purchasing a semi-automatic rifle and prohibit the sale of ammunition magazines with a capacity of more than 15 rounds.

The legislation passed by a mostly party-line vote of 223-204. It has almost no chance of becoming law as the Senate pursues negotiations focused on improving mental health programs, bolstering school security and enhancing background checks.

But the House bill does allow Democratic lawmakers a chance to frame for voters in November where they stand on gun control policies.

Gun sales, according to Small Arms Analytics, are down in 2022, with a 12.6% year-over-year drop in May, though sales are still well above pre-pandemic levels.

According to the National Shooting Sports Foundation, a Connecticut-based trade association for the firearms industry, guns contributed more than $70 billion to the U.S. economy and generated nearly $7.9 billion in federal and state taxes in 2021.