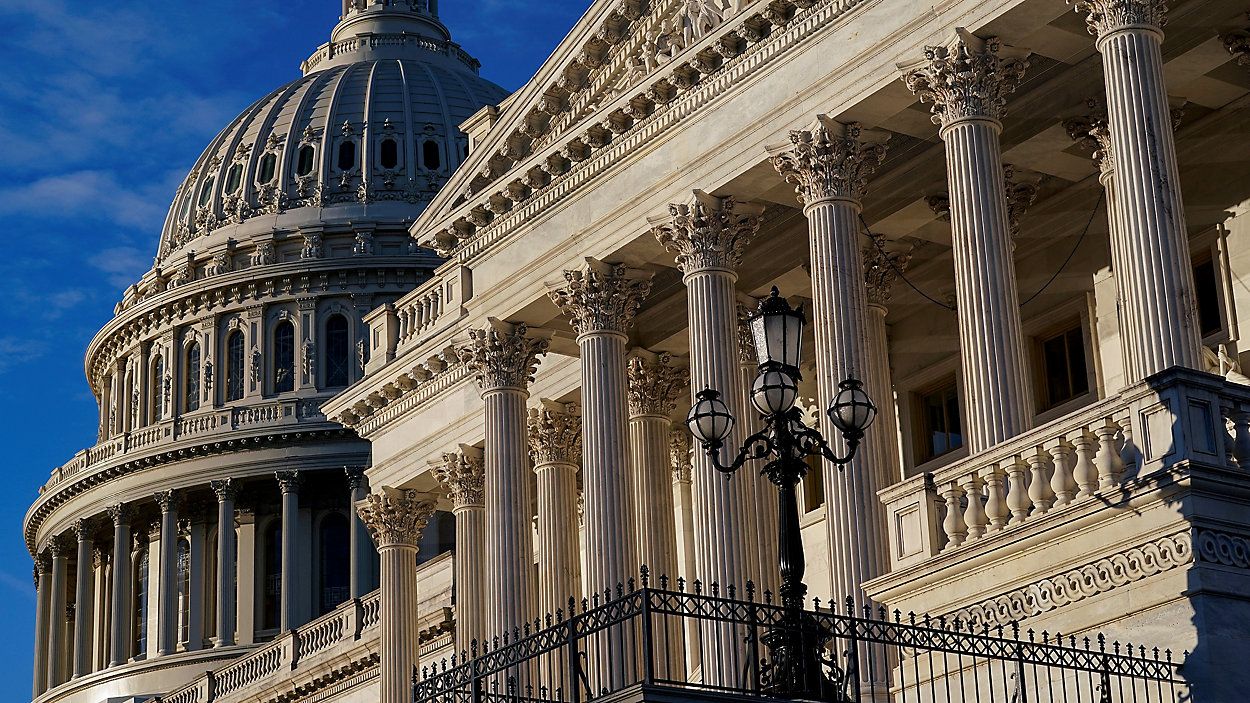 The House of Representatives passed a bill Wednesday that would expand background checks for buying guns, raise the age to purchase some semi-automatic weapons to 21 and outlaw high-capacity magazines, among other things.

North Carolina’s congressional delegation split down party lines in the vote. The bill passed 223 to 204, with five Republicans joining the Democrats. The fate of the bill in the Senate is less sure.

North Carolina Republican Sen. Thom Tillis is helping lead negotiations with Democrats on figuring out possible gun reform measures that could get the 60 votes needed to get past a filibuster.

“I entered into a negotiation process with Senators Cornyn, Sinema, and Murphy to come up with a framework that’s a commonsense response to the increasing risk we have in schools and our communities,” Tillis said Wednesday. “I firmly believe we are doing well with our negotiations, and we can put a framework together that will get strong bipartisan support.”

The gun debate in the House fell into familiar partisan divides on the bill, called the Protecting Our Kids Act. North Carolina’s eight Republicans voted to reject the legislation. The state’s five Democrats voted to pass it.

The Biden administration and Democrats in the House and Senate renewed a push for tighter gun laws after back-to-back mass shootings in a grocery store in Buffalo, New York and an elementary school in Uvalde, Texas.

“It’s a shame that House Democrats want to use the Uvalde school shooting to enact unconstitutional gun restrictions on law-abiding citizens rather than come to the table and work in a bipartisan way. We need solutions to improve school security and address the root causes of this type of heinous and senseless act,” said Rep. David Rouzer, a Republican from Wilmington.

Congress is considering a second bill that would create federal Red Flag laws. The Extreme Risk Protection Order Act, modeled after laws in several states, would allow people to petition the courts to take guns away from someone who is proven to be a danger to themselves or others.

“Passing these two commonsense bills is a critical step in our fight against gun violence. They will raise the gun purchase age, close loopholes, and keep the most dangerous weapons out of the hands of the most dangerous people,” she said.

“What will it take for Republican leaders to take action with us?” she said.

“We have a crisis of the heart and mind among some of our youth resulting from a variety of issues — everything from a bad home life to mental health issues to drug abuse to the garbage consumed from violent, desensitizing, and degrading content absorbed by the mind,” he said.

“Only when we address these underlying societal issues with moral clarity will substantial progress be made,” Rouzer said. “In the meantime, I strongly support and am a co-sponsor of legislation to better fortify our schools and put in place well trained counselors as well as school resource officers. These initiatives would make a very meaningful difference.”

Tillis and Texas Sen. John Cornyn are taking the lead in negotiations with Senate Democrats on new gun control legislation.

“Today, if you’re 18 years old, none of your prior history is accounted for. It’s as if you’re a day old when you go in and apply for a gun or a gun permit. What we’re trying to do is look into the juvenile record and see if there’s anything concerning,” Tillis said in a video released Wednesday.

He said Republicans are not in favor of a federal Red Flag law, but he does support incentives to encourage states to pass these types of laws.

“At the end of the day, it’s going to be up to state legislatures and the governors to determine whether or not they want to implement them,” Tillis said.

US Gun Control Bill: US Senate Passes ‘Bipartisan, Life-Saving’ Bill in Decades, NRA Says Legislation Will Not Stop Violence; Here’s All You Need To Know
Senate advances sweeping gun control bill
Why now? How four senators finally got a gun deal no one thought was possible
One month after Uvalde massacre, Biden signs most significant gun control bill in nearly 30 years
US Senate passes first gun control bill in 30 years”