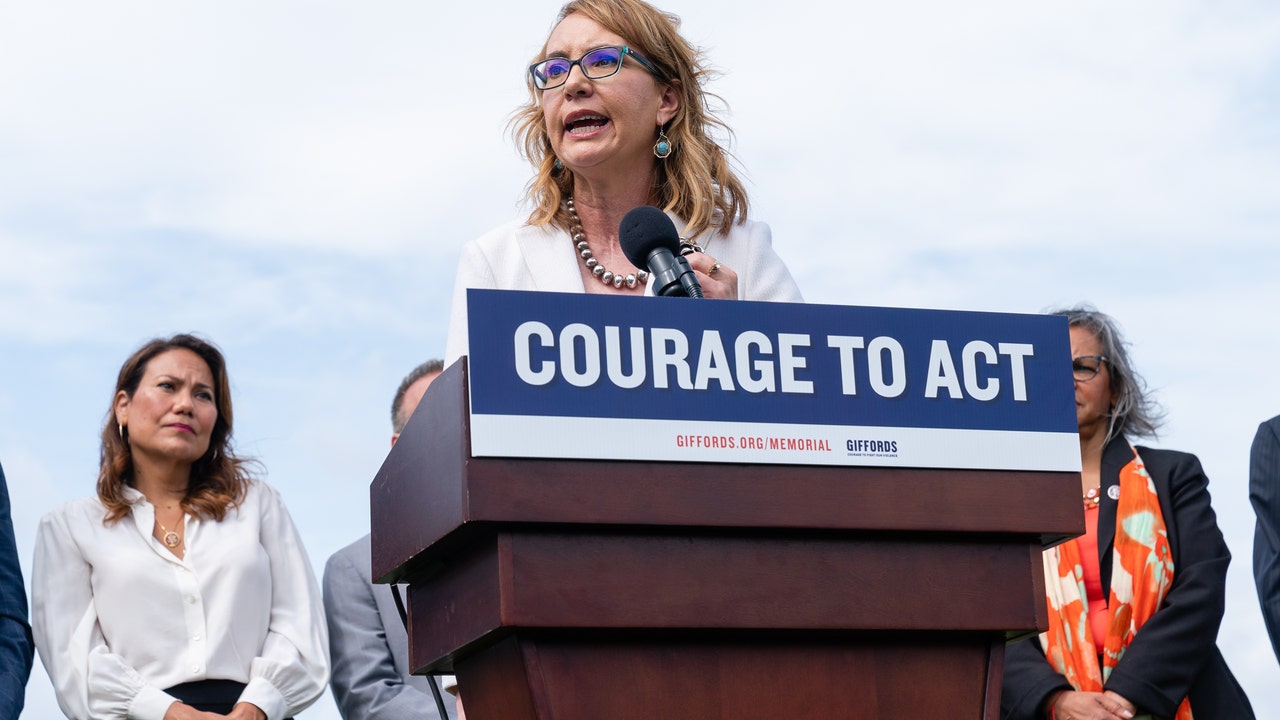 WASHINGTON (AP) — Eleven years after her own life was massively altered by gun violence, former Arizona Congresswoman Gabby Giffords stood in front of the Washington Monument Tuesday and lobbied anew for stricter gun laws after yet another string of mass shootings in America.

“Stopping gun violence takes courage, the courage to do what’s right,” Giffords said, surrounded by more than 45,000 small vases of white and orange flowers representing each of the Americans killed by gun violence each year. “We must never stop fighting. Be bold. Be courageous. The nation is counting on you.”

Giffords, was shot in the head in 2011 while speaking to constituents in a mass shooting in Tucson, Arizona, that killed six people. Her injuries from the assassination attempt left her with difficulty walking and occasional difficulty speaking. 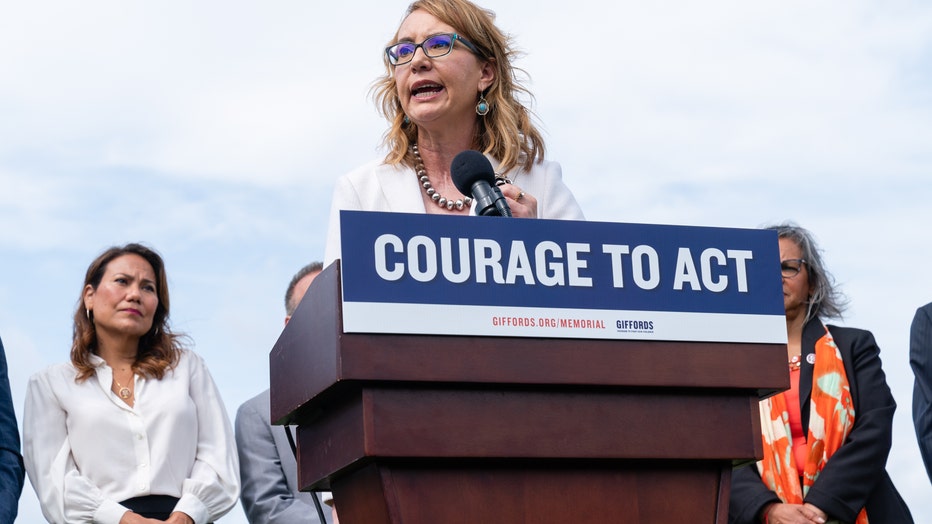 Gabby Giffords, former US Representative from Arizona, speaks during a news conference at the Gun Violence Memorial on the National Mall in Washington, D.C., US, on Tuesday, June 7, 2022. Lawmakers hopeful they can move legislation to address gun vio (Getty Images)

She has emerged as an advocate for nationwide gun control laws; the foundation she created placed the flowers around the Washington Monument.

Giffords’ long-standing cause has been given fresh momentum by a new string of mass shootings around the country, from an elementary school in Texas to a grocery store in Buffalo, New York, and a medical clinic in Tulsa, Oklahoma.

The violence has spurred a flurry of activity in the nation’s capital, with Democrats in Congress pushing for sweeping reforms that include raising the national age limit to purchase a gun and banning automatic weapons. Families of the victims in the most recent mass shootings spoke before the Senate Judiciary Committee Tuesday, with more hearings planned in advance of mass marches this weekend in Washington and other cities.

But whatever reform package passes the Democrat-controlled House of Representatives is in danger of being watered down by the Republicans in the Senate. Tuesday’s press conference was part of a campaign to build pressure on Congress and argue that American public opinion favors serious reform of gun laws at a national level.

“We know what the solutions are. We’ve seen them work in some states and we’ve certainly seen it in other countries,” said Sen. Amy Klobuchar, D-Minn., Raising the national age limit to 21, “would be a major game changer in a lot of these shootings,” she said.

Sen. Chris Murphy, whose home state of Connecticut was the site of the murder of 20 schoolchildren at Sandy Hook Elementary a decade ago, is one of the leaders of bipartisan congressional negotiations seeking an acceptable deal.

Senators have been meeting privately in a small bipartisan group headed by Murphy, a Democrat, and Republican Sen. John Cornyn, trying to hash out a compromise that could actually become law.

But lawmakers have been here before — unable to pass any substantial gun safety laws in decades in the face of steep objections from Republicans in Congress, some conservative Democrats, and the fierce lobby of gun owners and the National Rifle Association. No major legislation has made it into law since the 1994 assault weapons ban, which has since expired.

“We’re not going to settle for a piece of legislation that just checks a box,” he said. “We need to put pressure on the United States Senate to do the right thing.”