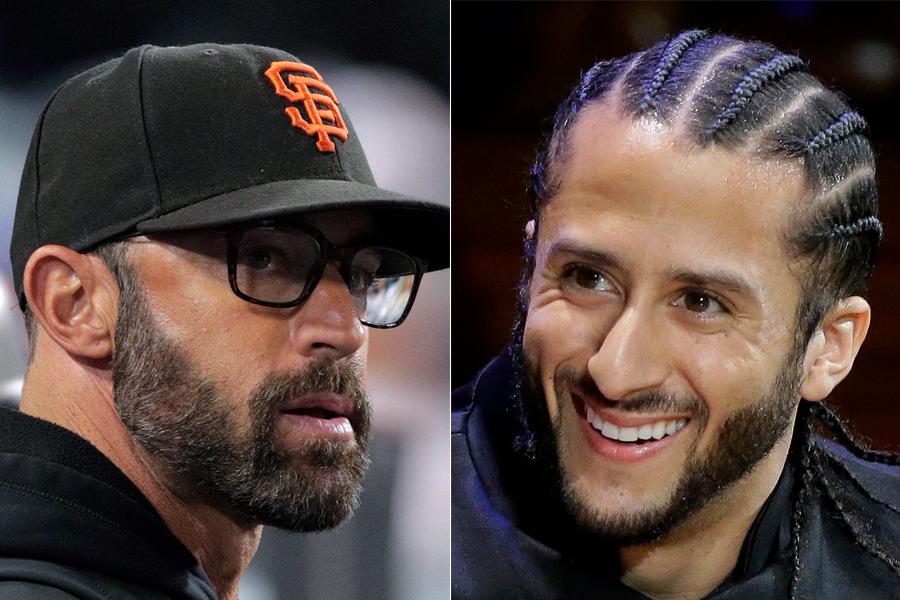 Regarding “Solomon: Reactions to protests by Gabe Kapler, Colin Kaepernick not so surprisingly different,” (May 31): I take great umbrage at your support of ex-quarterback Colin Kaepernick taking a highly public knee during the singing of the national anthem and the display of our country’s flag. Regardless of his personal motives, the national anthem and display of the flag are for one, and only one, reason: to honor those million plus men and women who gave their lives for this country. There are many other, and more proper, venues and means to publicly vent one’s feelings. To me, a veteran, kneeling during the national anthem and display of the flag is similar to pissing on a public street instead of in a public bathroom.

Kaepernick made a poor decision that has only inspired more people to disrespect our flag. In my opinion, he is helping to accelerate the moral decline of our country, a subject that also raises my blood pressure. At least San Francisco Giants manager, Gabe Kapler had the good sense to remain in the clubhouse during the anthem as a way to express his frustration with the lack of action in Uvalde.

Regarding “Opinion: This Memorial Day, reflect on who we laid to rest in the name of ‘freedom’,” (May 29): Richard Harris of Wichita, Kan., in his letter to the Chronicle, expressed my sentiments regarding this Memorial Day.

From the Editorial Board

I sincerely felt (and still feel) that they deserved to be honored this Memorial Day.

So, I went to the elementary school where my wife is a teacher and our daughter was a student and placed a humble homage to the two teachers and 19 children who were massacred in the name of “freedom.”

May they rest in peace.

Regarding “Essay: I’m a Texan from a gun-owning family who went to the NRA convention. Here’s why I’m furious.” (May 28): My time in America started in 1978 and I have lived in several different states from Rhode Island to California and have experienced many cultural differences.

One of the things that is the same from state to state is the lack of appreciation for educators. School funding, pay levels and accountability are all sadly lacking. But what about arming them? I think about my own teachers and those I have interacted with over the years and there are many who are responsible enough to have a firearm, however there are very few who, I believe, would be accepting of the title “bodyguard” as part of their daily duties.

Besides the issue is not who do we arm to protect our children, it is how we control who gets these weapons of mass destruction.

Enter the NRA, this is an organization that defends the Second Amendment and rightfully so. But why can they not see that they should be the leaders in controlling who has guns and what kind of guns are available. The right to bear arms does not mean you should have access to military grade weapons. Especially at 18, when you have not proven your willingness to fight for your country.

I do not believe that any one group or person has all the answers to this issue, but I am fairly sure that the NRA would receive a lot more positive input if they worked with the political and legal systems to help the current Wild West environment that we live in.