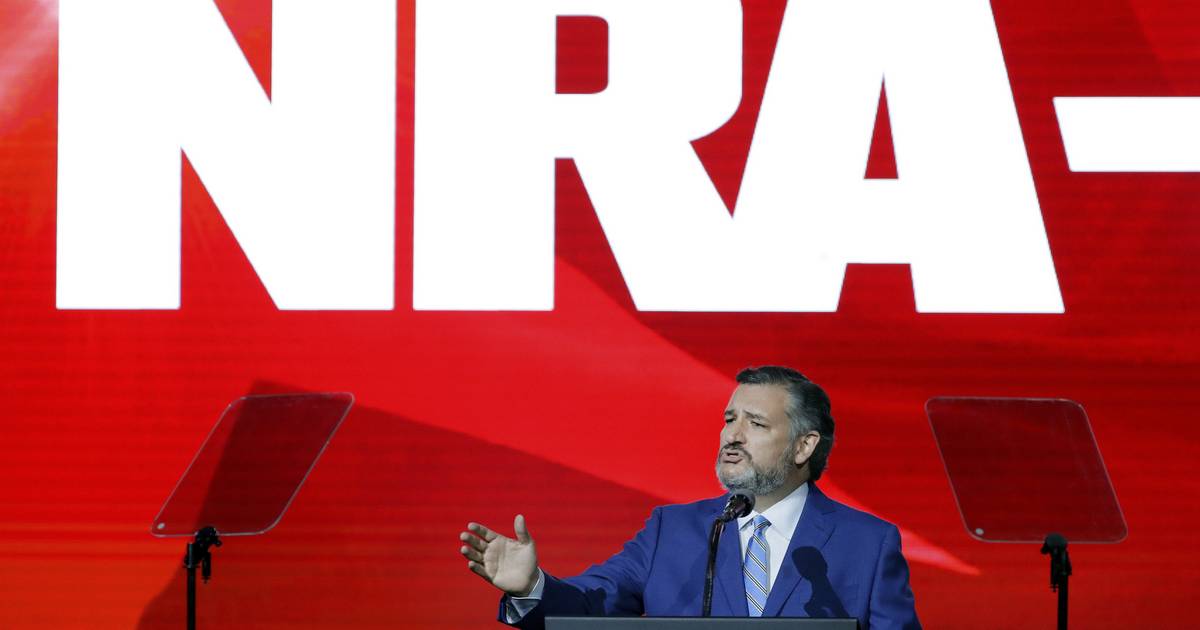 “Gun bans do not work. Look at Chicago,” said Cruz, a Texas Republican. “If they worked, Chicago wouldn’t be the murder hellhole that it has been for far too long.”

But the senator is off by a few years, according to The Associated Press. Chicago hasn’t had a gun ban since 2010.

In 1982, Chicago passed a ban on handgun ownership. At the time, anyone who legally owned a handgun was allowed to keep it. Years later, the NRA sued the city over the ban and in 2010 the U.S. Supreme Court ruled that the ban was unconstitutional.

Illinois approved concealed carry in 2013 and was the last state to do so.

Guns not banned at NRA meeting

Before the National Rifle Association’s meeting, social media users accused the organization of hypocrisy due to a purported ban on guns during the event.


“The NRA wants guns in schools, but they’re banning guns at their conference in Texas this weekend due to safety concerns. Hypocrisy on parade,” read a Facebook post that was shared nearly 5,000 times.

But the claim is false, according to USA Today. An NRA spokesperson told USA Today that attendees can carry firearms “in accordance with Texas law.”

However, there was an exception.

There were no guns allowed in the area while former President Donald Trump was speaking. The restrictive ban was enacted by the Secret Service, not the NRA.

“Restrictions are in place exclusively at the NRA-ILA Leadership Forum at the direction of the United States Secret Service,” an NRA spokesperson told USA Today.

The plan was not a result of the May 24 shooting in Uvalde, Texas, which is just some 275 miles west of Houston, where the meeting was held. The Secret Service restriction has been posted on the NRA’s website since May 14, shortly after the announcement that Trump would speak.

A similar restriction was enacted during the conference in 2018 when Trump and then-Vice President Mike Pence were speaking.

“When President Biden took office, millions were unemployed and there was no vaccine available. In the last 15 months, the economy has created 8.3M jobs and the unemployment rate stands at 3.6% — the fastest decline in unemployment to start a President’s term ever recorded,” the May 12 tweet read.

But this is a false claim, according to FactCheck.org. There was a vaccine for COVID-19 available before Biden took office Jan. 20, 2021.

The Pfizer vaccine was granted emergency use authorization more than a month earlier, on Dec. 11, 2020. The Moderna vaccine was authorized a week later. By the time Biden took the oath of office, 23 million vaccine doses had been given in the U.S., resulting in nearly 3.5 million people fully vaccinated and 19 million people who had received at least one dose.

During the previous administration, then-President Donald Trump had contracted to buy at least 800 million doses of the COVID-19 vaccine.

Biden actually received his first dose of the vaccine on Dec. 21, 2020, nearly a month before he was sworn in, according to PolitiFact.

The White House quickly walked back its false claim, tweeting on May 13, “Vaccines became available shortly before the President came into office.”

An odd post recently showed up on Facebook under the headline, “Florida man on drugs kills imaginary friend and turns himself in.”

According to the related article, a Jacksonville, Florida, man named Geoff Gaylord repeatedly stabbed his imaginary friend with a kitchen knife and then turned himself into the sheriff’s office.

But this post is “as imaginary as Gaylord’s make-believe companion,” according to PolitiFact.

The article first appeared on the parody news site Moron.com. The writer of the story is listed as “Moron.”

Jacksonville sheriff’s office spokesperson John Medina told PolitiFact there was no record of any such situation in which its local officers were involved.

The photograph that accompanied the false claim could be traced back to 2011.

• Bob Oswald is a veteran Chicago-area journalist and former news editor of the Elgin Courier-News. Contact him at boboswald33@gmail.com.