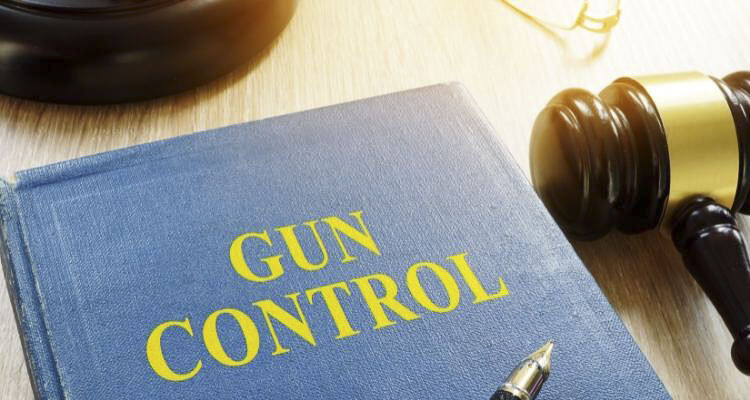 ‘Enough of your thoughts and prayers’

A Democrat in the United States House of Representatives has let slip his party’s agenda for gun control.

“Enough of your thoughts and prayers,” ranted Rep. Mondaire Jones, a Democrat from New York, at a House Judiciary Committee meeting.

“You will not stop us from advancing the Protecting Our Kids Act today. If the filibuster obstructs us, we will abolish it. If the Supreme Court objects, we will expand it. And we will not rest until we have taken weapons of war out of circulation and our communities each and every day.”

A report from Fox News pointed out that Jones was demanding that “gun control will happen,” apparently no matter what.

The committee hearing was called by Rep. Jerry Nadler, another Democrat from New York, and Mondaire unleashed.

“Enough of you telling us that school shootings are a fact of life when every other country like ours has virtually ended it. Enough of you blaming mental illness and then defunding mental health care in this country. Enough of your thoughts and prayers,” he charged.

The diatribe, however, triggered a response from Rep. Jim Jordan, R-Ohio, the ranking member.

“Now we know where they want to go. He just said it,” Jordan said. “End the filibuster. Expand the court. Forget the Constitution. Now, we know.”

The House could vote on the new Protecting Our Kids plan next week, a plan that would raise the age to purchase a semiautomatic rifle to 21 and apply new regulations on “ghost guns.”

It also would ban some magazines.

It is unclear, however, how any of those plans would have affected either of the recent shootings, critics have pointed out, as criminals with the intent on committing mass murder are unlikely to be prevented by a statute that prevents them accessing a weapon legally.

While Democrats have the majority in the House, and can vote to approve anything they want, in the Senate there remains the filibuster, requiring support from 60 senators to advance a bill.

The Democrats have only 50 votes there.

There, a more moderate proposal that might make it through the Senate is being considered.

Jordan explained, “Democrats blame guns. They criticize the NRA. They call Republicans names. But let’s be honest, they’ve told us what they want to do. Their real beef is with the Second Amendment. Their goal, plain and simple, is to get rid of the Second Amendment. Joe Biden said it the other day, said he wants to ban 9mm handguns.”

Rep. Dan Bishop, R-N.C., also pointed out that some of the Democrats’ ideas likely would not meet constitutional muster.

That would be why Mondaire threatened the Supreme Court with packing, or adding enough extremist justices to make sure that the Democrats’ liberal agenda is approved each time it is challenged.