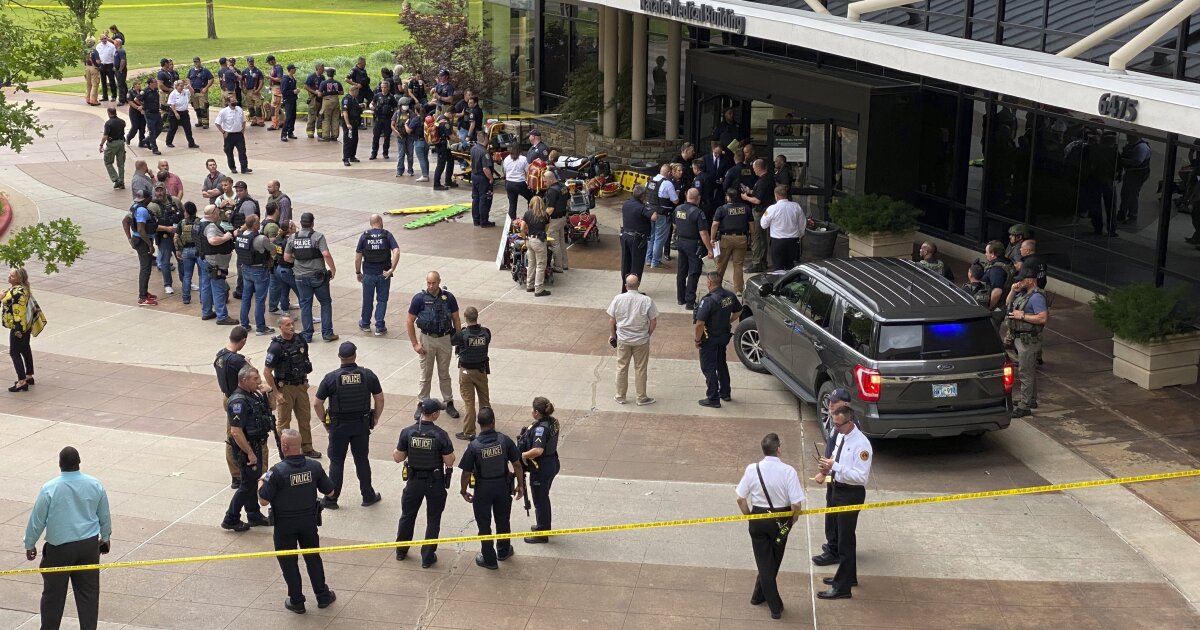 Spurred by rising violence with firearms, the nation began work to write into law “the strongest gun control measures in over 40 years.”

Alas for Americans, that nation is Canada.

Here in the United States, we’ve had three massacres in under three weeks — in Buffalo, N.Y., Uvalde, Texas and Tulsa, Okla. And those are just the worst of 37 mass shootings in that short time.

Yet our national shame has roused a small, bipartisan band of senators to only discuss new gun-safety policies. Their ideas are modest, they concede, so we should lower our expectations.

Jackie Calmes brings a critical eye to the national political scene. She has decades of experience covering the White House and Congress.

Why would we have any expectations at all after a quarter-century in which “policymakers” have been hostage to the increasingly militant gun lobby and the gun fetishists that make up the Republican Party base?

Virtually nothing has been done to limit the weapons of war on our streets, even as private arsenals grow along with the number of dead and wounded. In states that do act, like California, conservative judges can wield a veto.

Americans are grieving this week, and not only for the victims. They’re also mourning our broken nation, which can’t even coalesce around policies that have bipartisan support, such as universal background checks and age limits for gun buyers.

Though the accused killers in the carnage in both Buffalo and Uvalde were 18-year-old males with assault weapons, Sen. Lindsey Graham (R-NRA) told reporters that a national ban on selling rifles to people under 21 isn’t even “on the table.” With politicians so cowed by gun fanatics, and a Senate where rural red states hold disproportionate sway (two senators for each state gives Wyoming’s 600,000 residents as much power as California’s nearly 40 million people), the easy bet is always on inaction.

After each massacre, Republicans like to say of just about any one proposal, “It wouldn’t have prevented the killings in [fill-in-the-blank].” Well, then, let’s have a comprehensive package of provisions reflecting the lessons of decades of shootings, starting with banning high-capacity magazines, restricting ghost guns and increasing penalties for straw purchases.

Democrats in the House are acting on such a package. Yet it’s likely to join other such House-passed bills, buried by Republicans in the Senate graveyard.

Maybe if officeholders lost the security protection that taxpayers provide, they’d reconsider their resistance to even modest firearm limits. They’d have to go about like the rest of us, unguarded, fearful that we or our loved ones could be the next shooting victims — at workplaces, schools, grocery stores, Walmarts, houses of worship, theaters, nightclubs.

Take Sen. Ted “Cancun” Cruz. Unlike Texas’ other Republican senator, John Cornyn, Cruz is not among those trying to negotiate something after the murders of 19 fourth-graders and two teachers in their state. When a man aspires to run (again) for the presidency, he’s not inclined to vex gun-loving Republican voters who brook no compromise.

Besides, Cruz has security. As his teenage daughter lamented on TikTok, “I literally have to have security following me everywhere. Like, if I want to go on a walk through the neighborhood or to my friend’s house or something, I have to have like two security guards behind me the entire time.”

After each massacre, Republicans denounce gun-control advocates for “politicizing” the tragedy by calling for policy action. That included Cruz, of course, after Uvalde: “I get tired of all the politicking,” he told CBS. “It happens every time there is a mass shooting.”

Nothing says “inured to gun violence” like casually adding “every time there is a mass shooting.”

Consider another lawmaker, Rep. Jim Jordan of Ohio, who will chair the committee with jurisdiction over gun legislation if Republicans win control of the House in November. He told Fox News that Democrats’ bills attack “2nd Amendment liberties,” adding, “The answer is to make sure you have school facilities secured and you have security officers who are trained and well-equipped to protect kids and teachers.”

Now if Uvalde and Buffalo didn’t puncture that nauseating National Rifle Assn. nostrum — “The only thing that stops a bad guy with a gun is a good guy with a gun” — what would? In Buffalo, the store security guard fired multiple rounds but failed to pierce the shooter’s body armor; he was killed. We all know about the police officers’ tragic failure in Uvalde; it’s spawned a meme on social media: “Nothing says ban assault rifles like cops being scared of the shooter who has one.”

Even if Congress takes meaningful action, there are still the federal courts, many stocked with Republican-appointed judges hostile to gun controls. Like the Trump judges who struck down California’s age minimum for semiautomatic sales.

Soon the Supreme Court will rule in a case involving a New York law limiting the carrying of guns outside the home. The conservative majority is expected to decide against the state, and potentially expand gun rights. Justice Brett M. Kavanaugh, for one, has been eager to do so. He had strong NRA support for his confirmation. As a federal appeals court judge, he dissented in a major gun-control case and objected to describing a semiautomatic rifle as an “assault weapon.”

Even so, one has to wonder whether the bloodletting of the last three weeks has affected deliberations about gun rights inside the justices’ well-guarded chambers. One can hope. Because the only thing worse than legislative inaction would be judicial action that stokes our epidemic of gun violence.