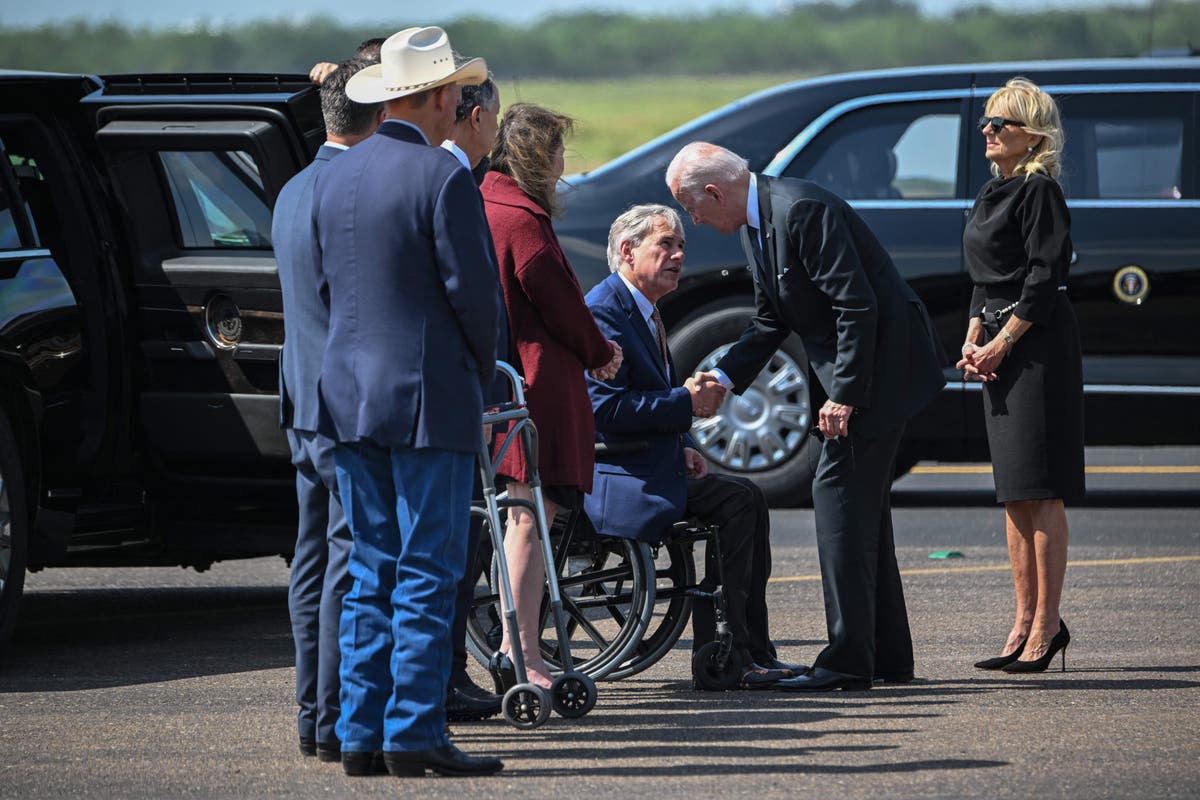 Republican opposition to calls for calls to pass legislation to combat gun violence began in earnest on Wednesday, a week after a shooting in Uvalde, Texas led to 21 deaths.

In Texas, Governor Greg Abbott sent a letter asking the state legislature to form a committee to review steps and determine what actions could be taken to prevent another mass shooting.

“As leaders, we must come together at this time to provide solutions to protect all Texans,” he said. But the letter did not list gun safety measures, but rather “school safety,” “mental health,” “social media,” “police training” and “firearm safety.”

Mr Abbott has previously backed out of speaking at the National Rifle Association’s annual meeting last week after Salvador Ramos shot and killed 19 children and two adults at Robb Elementary School in Uvalde. Rather, he addressed the meeting via pre-recorded remarks.

Congressional Republicans also appear to be diverting rhetoric away from gun legislation. Senate Minority Leader Mitch McConnell also spoke to reporters in Kentucky on Wednesday and mentioned two major problems that cause school shootings without underscoring the weapons behind the attacks.

“It seems to me there is two broad categories that underscore the problem: mental illness and school safety,” Mr McConnell said. “So hopefully we can find a way to come together and make some progress.”

“Senators Murphy, Sinema, Tillis, and I had a very constructive conversation about the best response to the horrific events in Uvalde last week. We’ve asked our staff to continue to work together to address some of the details that we hope to be able to discuss at some point soon,” he said in a statement, KRLD reported.

President Joe Biden has previously expressed optimism that some Republicans would convert on guns and praised Mr McConnell and Mr Cornyn.

“I think Senator McConnell is a rational Republican; I think Cornyn is as well,” he told reporters this week I think there’s a recognition in their part that they — we can’t continue like this. We can’t do this.”