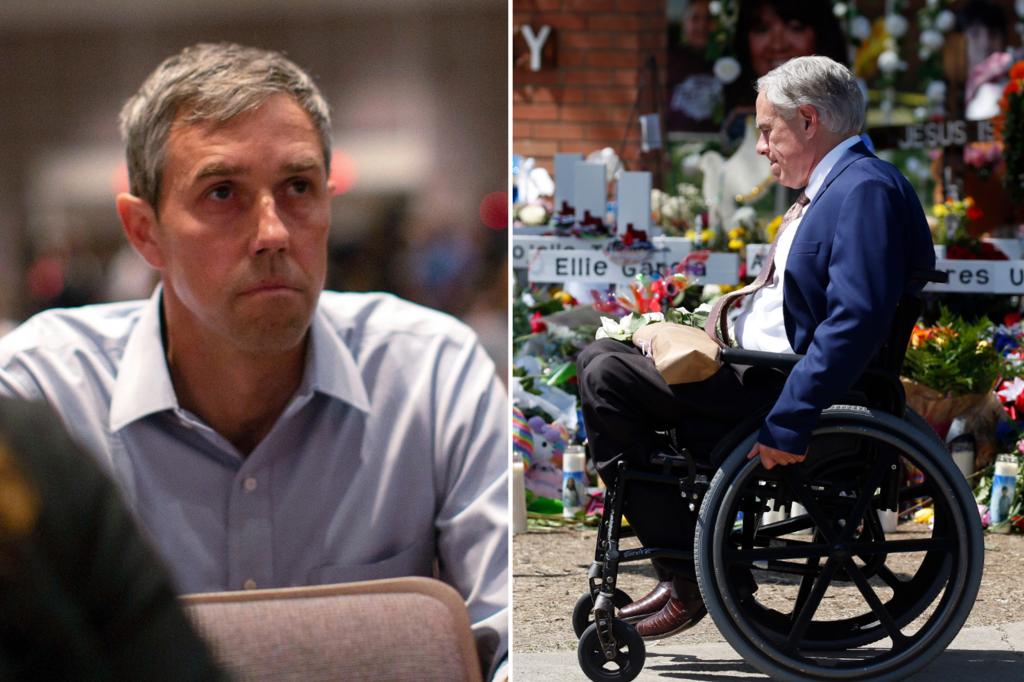 Beto O’Rourke received a standing ovation from a crowd in Dallas Wednesday night as mention was made of how he confronted Texas Gov. Greg Abbott, saying “This one is on you,” the day after 19 fourth graders and two teachers were gunned down in Uvalde, Texas last week.

The cheering Dallas crowd attended an event hosted by Texas Democratic gubernatorial candidate Beto O’Rourke Wednesday night. It was billed as a gun safety town hall in response to the Uvalde school shooting, but clearly the campaign and politics were front and center.

“The only way to stop another shooting is to vote,” O’Rourke told the Dallas crowd.

In his speech, the Democrat from El Paso attacked Abbott, saying under his watch there have been six mass shootings in Texas.

“Always he promises, there’s going to be some action…thoughts and prayers aren’t enough this time,” said O’Rourke. “Since Abbott has been governor, the average number of kids killed in the state of Texas has doubled.”

As for safety measures, O’Rourke suggested making universal background checks mandatory, as well as enacting storage laws that would require gun owners to secure firearms to prevent others from having access to them. He also offered up red flags laws.

O’Rourke said a red flag law might have stopped the El Paso Walmart shooter, who drove from Allen, Texas to El Paso, nine hours away, to shoot Hispanics he believed were “invading” Texas.

“His mom called police, ‘I don’t know what’s going on. Why is my son buying a military-grade weapon,’ and the police, as was the law at the time, as is the law now, said, ‘Sorry, there’s nothing we can do about it,’” said O’Rourke.

The gubernatorial hopeful also reiterated his desire to ban assault rifles after he famously said during his failed presidential bid in 2019, “Hell yes, we’re going to take your AR-15s,”

The latest from the Texas school shooting

Meanwhile, Gov. Greg Abbott ordered on Wednesday all Texas schools to undergo a review of emergency safety plans before the start of the school year. The Republican incumbent also asked for lawmakers to begin looking at what laws can be drawn up to prevent another mass shooting.

After crashing Abbott’s press conference in Uvalde last week and blaming Abbott and his support of gun access and the NRA for six mass shootings in Texas, O’Rourke is banking on gun control becoming a central issue of the gubernatorial race.

“The choice that we make right now, individually and as a state is going to define us and potentially haunt us for the rest of our lives,” said O’Rourke.

Which Republican Senators Voted for the Gun Control Bill?
The NRA and the House Freedom Caucus announced their opposition to the bipartisan Senate gun bill less than an hour after it was released
A momentous day for gun laws in the U.S.
Diversify
BREAKING: New York Gun Carry Ban Unconstitutional, Supreme Court Rules in FPC-Supported Case; Court Addresses “Scrutiny” for Second Amendment Litigation