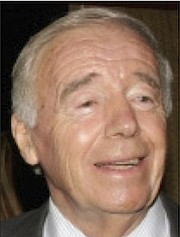 GIVEN the US media’s well known preoccupation with domestic affairs, it is perhaps no surprise there was sparse coverage this side of the Atlantic of Australia’s federal elections ten days ago. Political developments including a general election in this wealthy nation of some 25 million which plays a major role in the Indo-Pacific region are inherently significant globally – all the more so in this case since there was a change of government and the country is now likely to be going in a different direction.

Interestingly, some observers are also now suggesting there might be some potential parallels with Britain’s ruling Conservative Party following the performance of the incumbent Liberal/National coalition government, with the Liberals said to be the Australian version of the Tories at Westminster.

Australia has a new Prime Minister. Anthony Albanese was sworn in on May 23 as the nation’s 31st holder of the office. But the path of his winning Labour Party has been unusual. The ruling Liberal Party led by Scott Morrison sought to win a fourth consecutive term – after he himself became party leader and then won the most recent federal election in 2019 – but has now suffered severe losses with its lowest ever share of seats in the House of Representatives in a big lurch to the left.

According to reports, support for the two major parties has never dropped so low at the federal level as independents won seats on platforms like climate change and anti-corruption including a swing towards the Greens. This resulted in the highest ever level of independents entering parliament, and it meant the major parties can no longer take any seat for granted so that there are no safe ones left.

It seems voters gravitated towards candidates advocating action to slow the effects of climate change because – as a result of the recent widespread floods and fires and the dependence of the country’s economy on fossil fuels and mining and as a large exporter of coal – this has become a matter of huge concern. Other major issues were the rising cost of living and political integrity, as Morrison was accused of walking away from conservative and liberal policies thus disillusioning his political base. So, the general verdict seems to have been Australians overwhelmingly voted against the sitting PM rather than for a Labour government. Hence the suggested possible similarity to what could happen to the Tories in the UK.

Amid all this, it struck me as particularly interesting that one of the first tasks of the newly-installed PM was to attend the summit meeting of “Quad” – known officially as the Quadrilateral Security Dialogue – between the leaders of Australia, India, Japan and the US. This informal group is widely seen as part of US efforts to counter China’s reach and territorial encroachment in the Indo-Pacific region, and the summit took place in Tokyo on May 24 at the end of President Biden’s first trip to Asia whose broad purpose was to unite partners and allies against China’s rising influence in the region.

The group met for the first time last year so this was its second in-person summit – and, like the Australian elections, there appears to have been relatively little media coverage apart from reporting on Taiwan.

Australia’s participation in Quad is said to be a key pillar of the country’s foreign policy. An indication of that was Albanese’s readiness to undertake a trip to Japan so soon after taking office. It shows the importance to the country of this diplomatic network – also described as a strategic security dialogue – which is committed to supporting a free and open Indo-Pacific that is both inclusive and resilient; and membership of the group reflects the significance of Australia’s role on the world stage as well as in the region. The Quad summit launched a new initiative for collaboration in relation to maritime issues, space, climate change, health and cyber security while also issuing a veiled warning to China about “coercive, provocative or unilateral actions that seek to change the status quo and increase tensions in the area”.

Another recent example of Australia’s new international cooperation was the signing of the AUKUS agreement in September last year – a trilateral strategic security pact creating a defence partnership with the UK and US, under the terms of which those two countries will help Australia acquire nuclear-powered submarines and also cooperate more widely in the Indo-Pacific region against China’s increasing threat.

Inevitably, tensions over Taiwan hung over this Quad summit. While stating publicly in Tokyo that the US agreed with Beijing’s One-China policy but that Taiwan should not be taken over by force, Biden also said the US would intervene militarily if China attacked the democratic self-governing island of some 23 million. His comments were later downplayed by the White House, saying there had been no change in US policy which has remained intentionally ambiguous about whether it would intervene militarily in the event of a Chinese attack. But some commentators argue the most effective way of deterring Beijing from taking military action is to issue such an explicit warning – and, while perhaps learning a lesson from Russia’s failures in Ukraine, draw attention to the difficulty of invading an island which is more than 100 miles off the coast of China and is already receiving from the US the military means to defend itself. Biden has said an invasion of Taiwan would “dislocate the entire region” and he has made it clear publicly that US commitment to Taiwan remains as firm as ever.

Remember Dunblane and take away the guns

It is a sad truth that, despite the outward manifestation of public grief and solidarity across the country in response to last week’s mass shooting in Texas, all too often Americans seem to be becoming almost inured to yet another such atrocity. That applies, in particular, to those expressing vicarious sympathy to people unknown to them – but not, of course, to those who have had the misfortune to have been personally involved in the tragedy in some way or experienced the pain and devastation of losing a loved one at the hands of a crazed killer.

The evidence now suggests the frequency of such horrific events in the US – with, for example, the recent shootings at a grocery store in Buffalo, New York, still very fresh in the minds of everyone – dulls people’s emotions and feelings. But it is said these turn readily into growing frustration and anger among ordinary people at the lack of meaningful action by those in positions of influence and power to try to prevent these disasters occurring again and again.

The killings at the Robb Elementary School in Texas – in which 19 children and two adult teachers were murdered by an 18-year-old male with a semi-automatic weapon – was the worst school mass shooting since Sandy Hook in 2012. Now, with the arguments for and against gun control being repeated endlessly, it would be superfluous to add to the debate in this column. But it might be interesting for readers to know of the experience of a terrible mass shooting at a school in Scotland 26 years ago that led to a tightening of gun control laws in Britain and, subsequently, to a significant reduction of gun killings in the country.

This horrific incident happened in a small town called Dunblane near Stirling. On March 13, 1996, a lone gunman, who lived in the town, invaded the local primary school and, armed with several handguns, shot to death 16 young children and their teacher and wounded 15 others before turning a gun on himself. A motive for the killings was never determined. It was the deadliest mass shooting in British history.

In the aftermath, a public campaign was mounted for a change in Britain’s gun laws. Despite hostility from the gun lobby and many on the right of politics who opposed change, legislation was passed in 1997 banning private ownership of handguns. These changes reduced the ready availability of a dangerous type of weapon and signalled the direction the UK wanted to take. Two priorities were established; namely, in order to limit or stop such shootings it was essential to restrict severely the legal availability of guns and that public safety should always be top of the nation’s agenda and should override claimed individual rights to possess arms.

Reportedly, since the late 1990s, levels of gun crime in Britain have fallen significantly, gun homicides are rare and there have been very few multiple shootings though there has been an increasing use of knives in attacks on individuals. The British experience does seem to show the availability of guns makes a potentially bad situation worse and that gun control works insofar as mass killings have been prevented.

Despite America’s very different history and background, people ask why this is a lesson that too many there refuse to heed, with views entrenched on either side of the debate despite the latest opinion polls indicating public support for some greater form of gun control that amounts to common sense in the face of repeated mass killings. Studying the UK press over the weekend, it is clear many find it incomprehensible that the National Rifle Association and its supporters and the proponents of the Second Amendment are able to prevail over a majority wanting action to limit the availability of guns, in particular the type of semi-automatic weapon the shooter in Texas was able to purchase. Many are genuinely puzzled at the hold the NRA holds over the entire country.

Perhaps a new interpretation of the Second Amendment is needed as people wonder whether the Founding Fathers, who created it as the right of the individual to keep and bear arms in self-defence, would not have been appalled that, in modern times, this could include an unstable 18-year-old shooter being allowed to acquire a lethal military-type weapon for the purpose of mass killing.

Passing of a racing legend

The news over the weekend of the death of England’s famous retired champion jockey, Lester Piggott, at the age of 86 will have come as a shock to many. He was known as one of the greatest jockeys the sport has ever seen and, as an iconic figure in the horse racing world since the 1960s, he seemed to have been forever a part of the lives of people in Britain. He was regarded by many as the finest jockey ever to ride on British turf.

Lester Piggott’s record was extraordinary. He rode 4,493 winners in Britain – including 30 British Classic races – and more than 850 elsewhere during a career spanning 47 years, with major successes in other countries like France, Ireland and the US as well as Singapore and Hong Kong. He won the Derby in England a record nine times and was named champion jockey no less than eleven times between 1960 and 1982 during which period he dominated the sport. He did not finally retire until 1995.

As is being mentioned in obituaries that are already appearing, Piggott’s career was also affected by controversy that led to a jail sentence for tax fraud in 1987 together with withdrawal of his OBE. But, for most people, what really mattered were his memorable achievements as the outstanding jockey of his time – amazing accomplishments that speak for themselves and outweigh all else. He was a legend and a hero who became a household name throughout the land – a name that will surely never be forgotten.