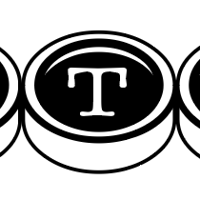 Cast Your Vote for Justin Cleveland for HD-17

As the Montana springs upon us and the color of green grass, blooming flowers, and trees beginning to bud for the new season ahead, we are also seeing the political signs popup everywhere as the coming primary on June 7th approaches.  The upcoming voting cycles may be the most important in our lifetime literally deciding the direction of this country as a constitutional  nation determining our future for generations and the freedoms we enjoy.  Many of those freedoms have been under severe threat and the institutions established from the beginning of this great nation, honored and trusted for generations are now in question and in some cases failing being transformed by ideologies simply stated are un American.

As I drive this spring season, I see sign after sign indicating names and parties asking for votes.  The signs don’t provide much information to guide me to a vote. It is difficult to discern by a sign or beautifully crafted radio ad to truly know who would best represent the ideals of a nation founded on individual freedom.  What I do know is that many of the representatives we have had in recent years are presenting themselves as conservative choices fighting for our freedoms, but are best described as RINOS (Republicans in a name only), voting with the ideology of the opposing party more often than not.  So the result is voters for conservative ideology and philosophy get the exact opposite outcome and most largely unaware of this trend.

Considering all of this, I would like to encourage the voters in the House of Representatives 17th District to cast their vote for Justin Cleveland of Fairfield.  Justin is not a RINO.  He is a man firmly set on good foundation of character and strength.  He has shown himself a man to be trusted in his community and throughout the state of Montana through his work responsibilities, showing determination and perseverance through many challenges.   Justin is running because he was stirred by the recent years study of our constitution, the profound words of our founding fathers original intent, and that the declaration declares we the people loan power to elected official.  He understands the challenges in the modern day political culture having the courage to step up and push back against the powers that want to degrade our way of life.  He loves Montana and its people and I sincerely ask you consider casting your vote for Justin Cleveland in the upcoming June 7th primary.

It is my pleasure to recommend my husband Joe Dooling, candidate for MT Public Service Commission District #5, as I truly believe that he is the best Candidate for this position. I am most proud of Joe’s strong work ethic. Joe began his dream to one day own his own farm/ranch in 1999, when he moved to the Helena Valley and leased a 230-acre hay field with nothing but a pick-up truck and a borrowed tractor. From there, Joe has worked tirelessly each year to improve and grow the business, all while working a full-time job at an engineering firm. Now our family farm and ranch has grown to include malt barley, alfalfa hay and a cow/calf operation. Joe’s 15+ years as a project manager and business development with a multi-state engineering firm has left him with a deep knowledge of Montana’s electric and water infrastructure and a vast array of friends and business contacts from every corner of Montana and beyond.

Joe was appointed by President Trump to the Montana Farm Service Agency (FSA) where one duty of the committee was to rule on appealed cases denied by the local County FSA. At their meetings, the FSA staff provided recommendations for the cases being heard. While Joe appreciated the work the staff put into their recommendations, occasionally he would “buck the system” and vote against the recommendation. He didn’t figure he was there to be “yes man,” rather he was there to hear the whole story and fight for the farmer or rancher that really needed the assistance. I was told that those were the really interesting meetings!

Joe will take his lifelong work ethic of “work hard and stand up for those who need it the most” to work for all Montanans at the Public Service Commission.

More from this section

As a rancher and advocate on the Rocky Mountain Front, I have worked closely with Rep. Ross Fitzgerald to preserve family ranches, farms, and rural communities in our part of Montana.

Ross has always been great to work with – whether we’re talking about grizzly bear management, the cattle market, or hunting regulations, just to name a few. Ross is responsive and excited to be involved in his community, and is always willing to lend a helping hand.

When I began my journey establishing the Rocky Mountain Front Ranchlands Group in 2021, Ross was fully in support of the idea and willing to attend any meetings I requested of him.

Between fact checking and personal experience, I can confidently support the re-election of Rep. Ross Fitzgerald. He just aligns well with conservative ranchers and businessmen in North Central Montana, and I know he will continue to work hard to preserve our way of life here on the Front.

Rep. Ross Fitzgerald has earned my vote as the conservative choice for HD 17, and I hope he has earned yours, as well.