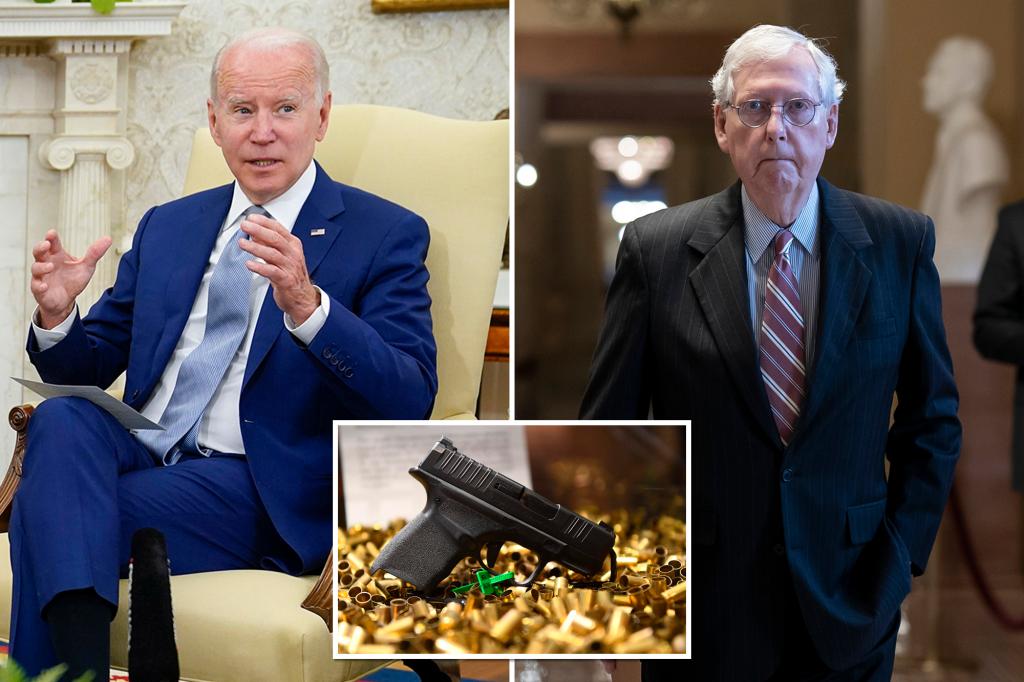 President Biden said Tuesday he plans to talk with top lawmakers in Congress about possible gun legislation after the mass murder of 21 people at an elementary school last week in Uvalde, Texas.

“I will meet with the Congress on guns, I promise you,” Biden said during an Oval Office meeting with New Zealand Prime Minister Jacinda Ardern.

Biden said Monday he hadn’t yet spoken with Republican leaders about areas of potential compromise — despite the fact that a week had passed since the tragedy.

Senate Minority Leader Mitch McConnell (R-Ky.) said Thursday that Republicans are open to reforms that “directly” address the facts of the Uvalde slaughter, which authorities say was committed by 18-year-old Salvador Ramos with a legally purchased AR-15-style semi-automatic rifle.

Biden said in his initial remarks on the Uvalde shooting May 24 that it is “just wrong” for an “18-year-old kid” to be allowed to buy what he called assault weapons. Republican President Donald Trump in 2018 endorsed raising the age limit to purchase semi-automatic rifles from 18 to 21, meaning the idea could have some bipartisan support.

The Uvalde school shooting occurred just 10 days after the murder of 10 black people at a Buffalo grocery store by another 18-year-old suspect, Payton Gendron, who also allegedly used a legally purchased AR-15-style rifle to perpetrate the carnage.

But Biden on Monday focused his ire on 9mm pistols, which would be a more challenging target for legislation.

The biggest hurdle to new gun control laws is the Senate, where Democrats hold just 50 seats — meaning that 10 Republican votes are needed to clear the 60-vote threshold for most bills.

McConnell said Thursday that “I am hopeful that we could come up with a bipartisan solution that’s directly related to the facts of this awful massacre.”

But the passage of time can sap momentum. For example, a large majority of the Senate was willing to support significant police reform measures following the 2020 murder of George Floyd by a Minneapolis police officer. However, negotiations to bridge the gap between a bill drafted by Sen. Tim Scott (R-SC) and a more sweeping Democratic bill dragged on for more than a year, with nothing ultimately passing.

Trump, speaking on Friday at a National Rifle Association convention in Houston, did not mention support for new gun laws, but did call for increasing funds for school security, which has been the focus on many conservatives’ response to recent mass shootings.