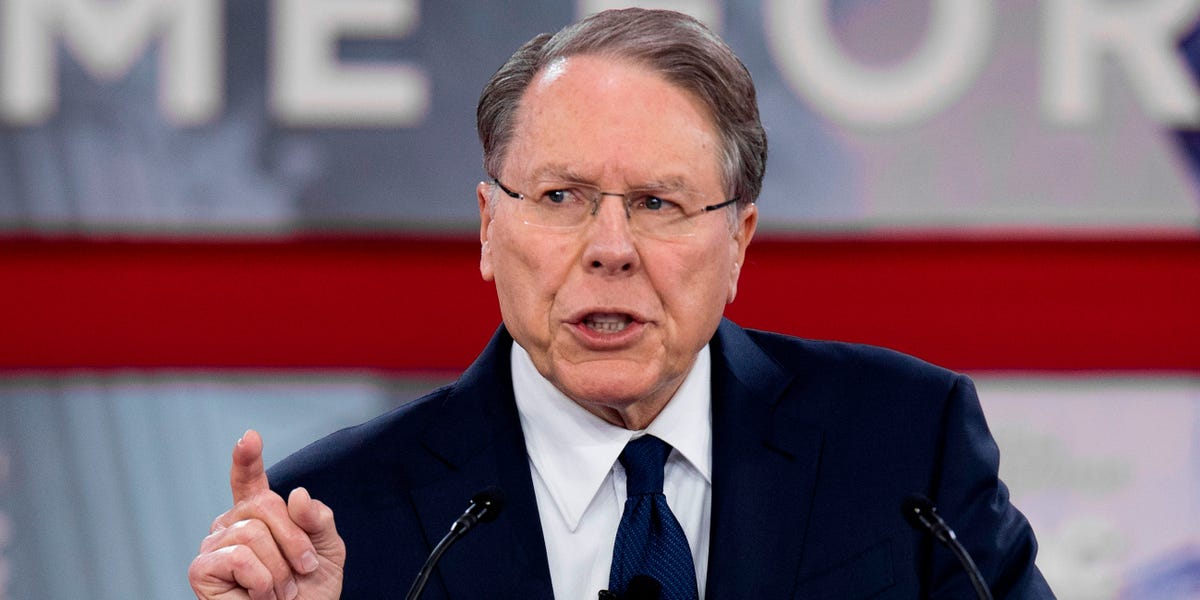 The longtime leader of the National Rifle Association, Wayne LaPierre, survived a confidence vote by NRA members on Saturday.

The vote of confidence comes before a Monday vote by the NRA board on whether to renew LaPierre as executive vice president, which he is expected to win, Reuters reported.

The NRA is holding its annual meeting in Houston this weekend, just days after an 18-year-old gunman opened fire at Robb Elementary School in Uvalde, Texas.

LaPierre has been accused of misusing millions of dollars in funding “away from the charitable mission of the organization for personal use by senior leadership,” according to a lawsuit by New York Attorney General Letitia James.

James called for the NRA to be dissolved, a demand that was refused by a New York judge in March, Insider’s Laura Italiano reported.

In his decision, Manhattan Supreme Court Justice Joel M. Cohen kept James’ 2020 lawsuit alive, but found it “does not allege the type of public harm that is the legal linchpin for imposing the ‘corporate death penalty.'”

Cohen added that “dissolving the NRA could impinge, at least indirectly, on the free speech and assembly rights of its millions of members.”

The NRA welcomed the decision, calling it “a resounding win” for the organization and its 5 million members.