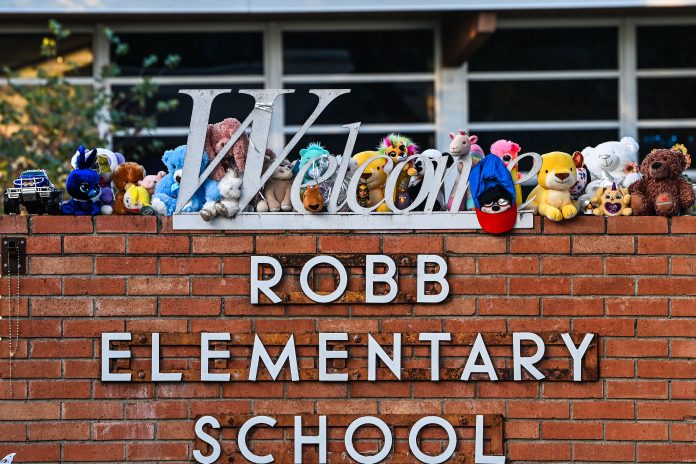 For a brief moment in 2012, it seemed like a national stalemate over guns was breaking. Adam Lanza, a 20-year-old gunman, had forced his way into a Connecticut elementary school and massacred 26 people, mostly children, with an AR-15-style rifle. Flags flew at half-staff.

A sporting goods chain suspended sales of similar weapons. And longtime gun-rights supporters from both parties in Congress said they were willing to consider new legislation. The issue was complex, then-president Barack Obama said, but everyone was obligated to try.

Then, one week after the bloodshed at Sandy Hook elementary, the most powerful gun lobby in the United States made its public position known and the effort unravelled.

“The only thing that stops a bad guy with a gun is a good guy with a gun,” National Rifle Association CEO Wayne LaPierre said in a defiant speech that blamed video games, cowardly lawmakers, the media and a perverted society for the carnage, while calling for armed guards at schools across the US.

Nearly a decade later, the nation is at another crossroads. A gunman killed at least 19 children with a similar weapon at an elementary school in Uvalde, Texas, on Tuesday in the nation’s second mass killing this month.

This time, however, LaPierre did not need to address the bloodshed — the organisation’s Republican allies in Congress did.

“The problem starts with people. Not with guns.” Alabama Sen. Tommy Tuberville, who holds an A-rating and an endorsement from the NRA, told reporters on Wednesday, bluntly summing up the position of many in the GOP, especially considering the party’s recent turn further right.

“I’m very sorry it happened. But guns are not the problem, ok. People are the problem. That’s where it starts. And we have had guns forever, and we are gonna continue to have guns.”

Much has changed since Sandy Hook. The National Rifle Association (NRA) is on the ropes after a series of costly financial scandals and lawsuits. And an ascendant gun control movement has poured tens of millions of dollars into political campaigns to counter their message.

The group Moms Demand Action, for example, was founded the day after the Sandy Hook shooting.

“How many more children have to die?” founder Shannon Watts said this week. “How many parents, teachers, shoppers and worshippers, and lives must be taken for our leaders to do something? Any senator who sides with the gun lobby, who blocks life-saving change, is choosing carnage and gun industry profits over the precious lives of our children.”

But even as mass shootings continue unabated, in Washington one thing remains the same: Republicans and Democrats both agree there is little chance that legislation tightening gun laws will be passed by a narrowly divided Congress.

There are multiple gun rights alliances operating at state levels wielding enormous influence in legislatures as well. But in 40 years of working to loosen gun laws, the NRA has largely set the cultural tone on the right and is still the most prominent.

“I want to be more optimistic. But I don’t think it will change,” said Sen. Chris Coons, D-Del.

The NRA isn’t the same powerhouse it once was, and in its wake other, further right gun groups have gained, like the Gun Owners of America, which bills itself as the “no compromise” gun lobby.

There are multiple gun rights alliances operating at state levels wielding enormous influence in legislatures as well. But in 40 years of working to loosen gun laws, the NRA has largely set the cultural tone on the right and is still the most prominent.

“You don’t need the NRA, really, to take the lead anymore because opposition to gun laws is so much now a litmus test of conservatism and the Republican Party that it has its own momentum,” said Robert Spitzer, a political science professor at the State University of New York at Cortland and the author of five books on gun policy.