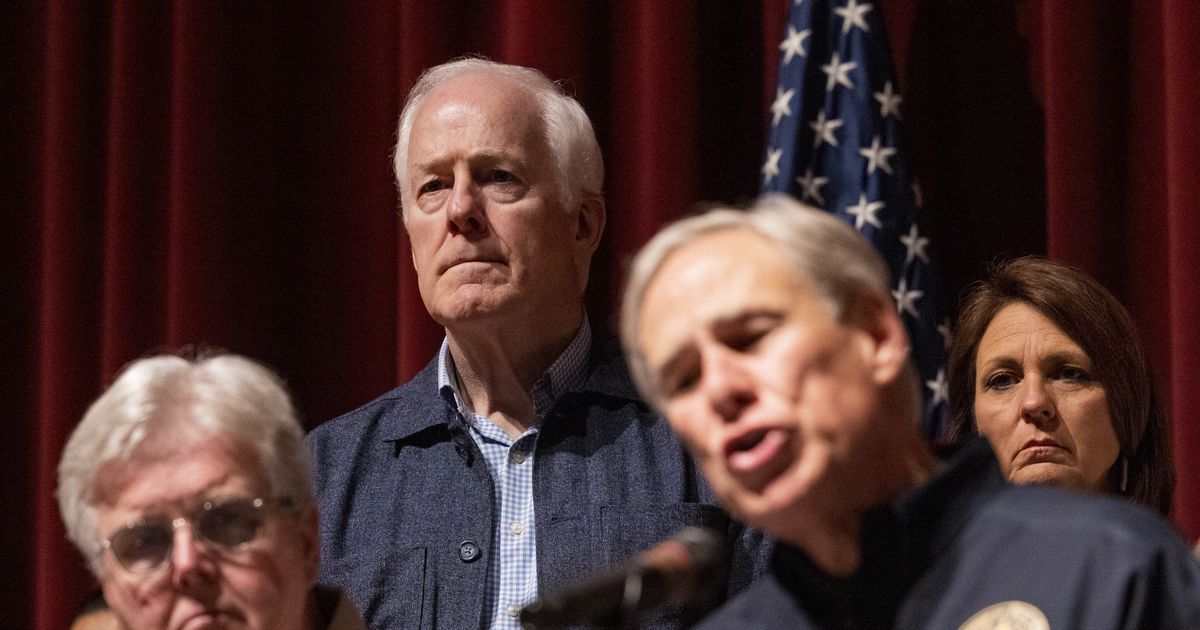 There come moments in the political life of our nation when we must rely on a single figure to step forward and lead with wisdom, reason and courage in the face of opposition intent on exacting a cost.

For U.S. Sen. John Cornyn, that moment is now.

We ask the Republican from Texas to rise to this moment in the belief that he can and will represent the great American middle in reforming our nation’s gun laws in the hope of preventing the next mass slaughter of innocent children in their own schoolhouse.

Senate Minority Leader Mitch McConnell has asked Cornyn to begin discussions with Democrats on measures that can get enough agreement from both parties to become law.

That is a tall order given the entrenched Republican opposition to any movement on commonsense firearm regulation, including universal background checks, magazine limitations and age limits on purchases.

The broken logic we hear after each mass shooting is set on repeat. Sen. Ted Cruz insisted again last week, against evidence, that gun laws just don’t work. That makes about as much sense as saying we shouldn’t have drug laws because people still die of overdoses.

No law can prevent every tragedy. But laws can set limits that may impact some incidents and that also codify social boundaries. In the current environment in Texas, our lack of any real regulation around firearms suggests that these aren’t the dangerous weapons they are.

We know they are deadly, and they are all but unregulated in direct contravention of the plain language of the Second Amendment and the determination of great conservatives like Supreme Court Justice Antonin Scalia.

Throughout his career, Cornyn has been a strong steward of conservatism. He has worked for small government, free markets, individual responsibility and constitutional fealty during his years in office.

Powerful voices in the Republican Party, from elected officials to cable news hosts to the NRA, will fight any attempt to move forward on this question. Those people and that organization do not represent the great American middle. They enjoy power because they can rally a political base in primaries and because they can summon the almighty dollar to an increasingly extremist cause.

But make no mistake that most Americans would support Cornyn if he were to extend himself in finding common ground with Democratic senators who respect gun rights but understand those rights aren’t unlimited and should not be unregulated.

During this discussion, Cornyn must keep in mind those 19 children and two teachers who are dead today and whose families are shattered.

What if their killer, an 18-year-old, had been turned away at the gun store? What if he had just one or two obstacles in front of him on his way to destroying lives and terrorizing our country? Would those children be alive?

Isn’t it worth it to reach across the aisle for that chance before this happens again?

We desperately need you to do that, Sen. Cornyn, for this country and for our future.