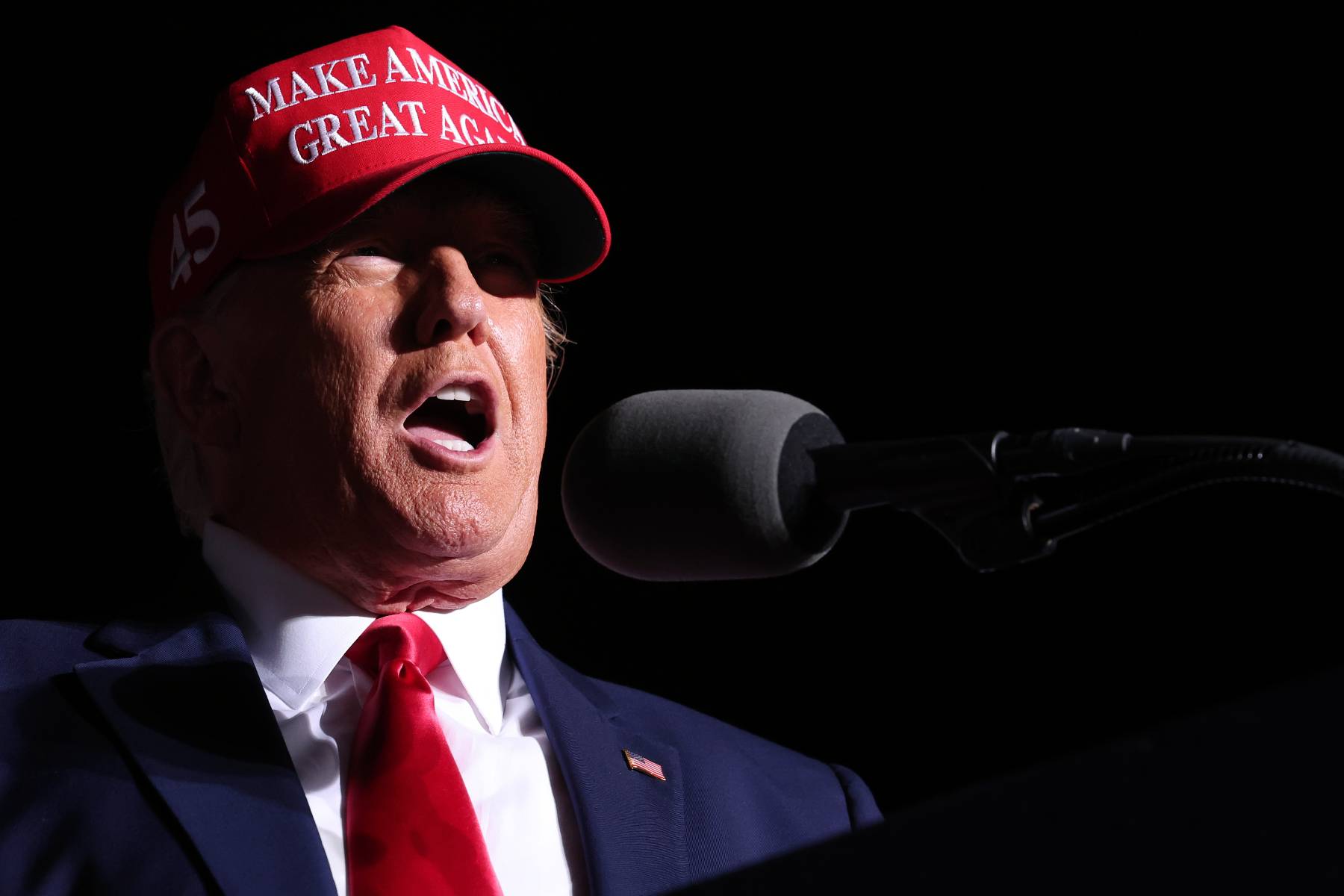 Donald Trump kicked off his appearance at the National Rifle Association’s annual convention on Friday by awkwardly reading the names of the 21 people slaughtered with an AR-15-style rifle in Uvalde a few days earlier. The NRA played a recording of a bell clanging as the former president strained to pronounce the names of the victims.

The speech didn’t get any less offensive from there.

Trump echoed Republican lawmakers and conservative pundits by bashing Democrats for “virtue cycling” in the wake the massacre, blaming the shooting on everything but guns, and proposing a series of impractical solutions to the epidemic of mass shootings in America. The list of solutions did not include gun reform, of course, which Trump claimed would have done nothing to stop the shooter in Uvalde — despite the shooter having bought two assault rifles just after his 18th birthday earlier this month.

Trump did propose ensuring classroom doors are lockable from the inside as a way to cut down on school shootings. This might not do the trick, however, as Texas Department of Public Safety Director Steven McCraw said in a press conference on Friday that the shooter locked himself in adjoining classrooms before opening fire on children.

Trump: Classroom doors should be hardened to make them lockable from the inside pic.twitter.com/9XZuqasnmL

Trump cycled through many of the other fixes conservatives have floated this week, including “drastically changing our approve to mental health” and doing whatever it takes to “harden our schools.” He then said teachers should be carrying guns, to loud applause. “There is no sign more inviting to a mass killer than a sign that declares a gun free zone,” he said, to more applause.

Speaking of teachers, Trump put some of the blame on school administrators for “making excuses” and not “confronting bad behavior head on and quickly.”

Trump blames public school administrators for mass shootings, saying they are making excuses and turning a blind eye to bad behavior from their students. pic.twitter.com/1YRr3m6oAL