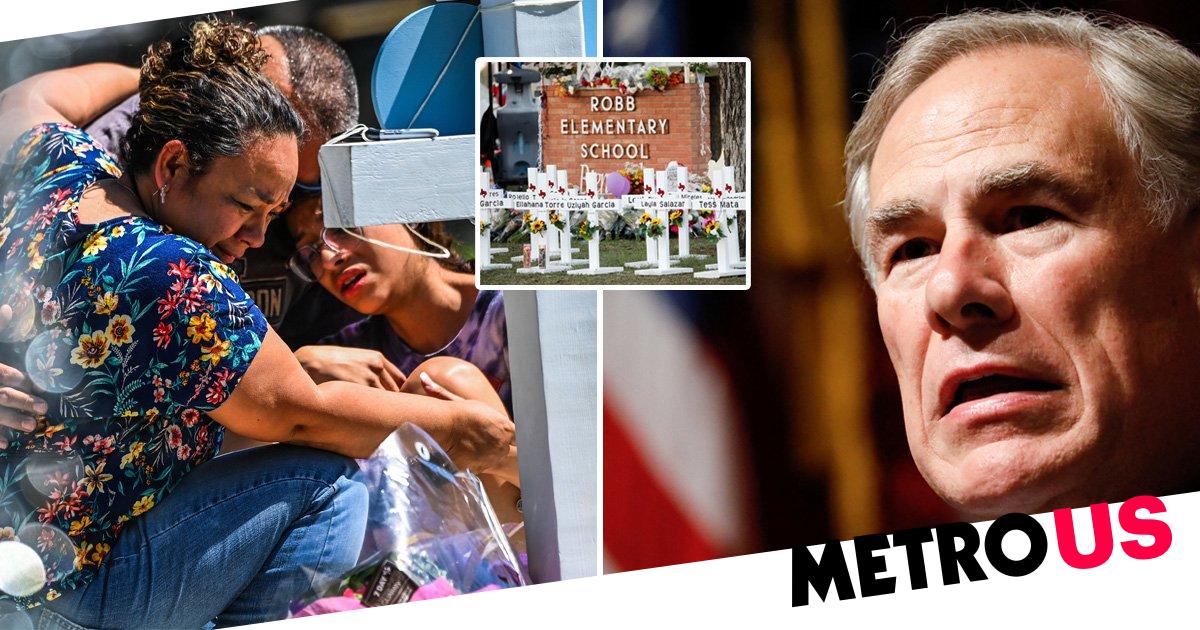 Texas Governor Greg Abbott skipped the National Rifle Association’s (NRA) annual convention to speak to the Uvalde community, but not before sending a video in which he said laws wouldn’t have stopped the gunman.

Speaking on Friday afternoon, an impassioned Abbott accused police officers at Robb Elementary School of lying to him about their efforts to take out the gunman.

Abbott said he was previously ‘misled’ with information provided to him when he praised police officers’ response.

‘I am livid about what happened,’ Abbott said, adding that he expects law enforcement to do ‘exactly what they’re supposed to do’ moving forward.

To view this video please enable JavaScript, and consider upgrading to a web
browser that
supports HTML5
video

‘There will be ongoing investigations that detail exactly who knew what when, who was in charge and what strategy (was used), why that particular strategy was employed, why were other strategies not employed,’ Abbott said.

The Republican governor spoke from Uvalde instead of attending the NRA’s three-day annual meeting in Houston, which started on Friday.

However, Abbott provided a pre-recorded video message to the NRA in which he said that restricting gun laws would not have stopped the 18-year-old gunman Salvador Ramos.

‘There are thousands of laws on the books across the country that limit the owning or using of firearms, laws that have not stopped madmen from carrying out evil acts on innocent people in peaceful communities,’ stated Abbott in his recording.

‘In Uvalde, the shooter committed a felony under Texas law before he pulled the trigger. It is a felony to possess a firearm on school premises, but that did not stop him.’

Abbott noted that the gunman’s actions amounted to capital murder and he would be subject to the death penalty in Texas had he not been shot dead during the rampage.

‘Just as laws didn’t stop the killer,’ Abbott said, ‘We will not let his evil acts stop us from uniting the community he tried to destroy.’

Get in touch with our news team by emailing us at webnews@metro.co.uk.

For more stories like this, check our news page.

Get your need-to-know
latest news, feel-good stories, analysis and more