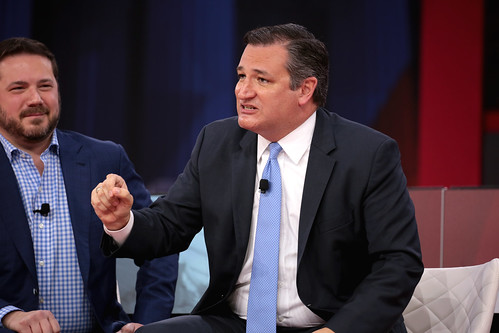 As regular readers of mine know, I write on this subject
regularly. And my columns, like this
one, are often in part repetitive. That
is because the “gun problem” and the mass deaths it causes on a regular basis
of course continues. And it has one
primary cause that not enough people in the media, and even in politics,
face. That cause is the Republican Party
and the fact that at the Federal, state and local levels it receives massive
and regular financial support from the six major sectors of the gun industry: the rifle/long-gun/automatic
weapons industry; the hand-gun industry; the gun ammunition industry; the gun
‘dealers’ industry (wholesale and retail); the gun show industry; and the
on-line gun-sales industry (which can be connected to all of the above, or
not).

The publication of this column this time around is of course
stimulated by the recent mass shootings in Buffalo, NY and Uvalde, TX. But the references in this column to the ones
that stimulated its last version (repeated at the beginning of the column,
below), sadly, tragically are of just the nature. As is, of course, the response of Sen. Cruz
(quoted below), his follow crude Texan, Gov. Abbott, and so many other tools of
the gun lobby, which read from a script, most likely written for them in the
offices of industry’s front-man-and-woman, the NRA.

The political
responses to these tragedies in Atlanta and Boulder have been sadly
predictable. Ted Cruz’ (you know who he is, I’m sure) most quoted comment at a
Senate hearing is that “they” (meaning those awful Democrats)
“just want to take your guns away.” Nothing about the tragedies
themselves, possible causes, possible remedies. Using the well-honed other
Republican line of attack on even the mildest proposals to do something about
the periodic slaughters, Sen. John Kennedy (LA) turned quickly to changing the
subject, this time around to drunk driving (about which there happens to be
quite a bit of law and penalties, civil and criminal, which of course has no
relationship to mass murder. But we shall leave that discussion for another
time).

As every reader of
OpEdNews knows we as a nation have been here, whether Atlanta and Boulder or
Buffalo and Uvalde, before, over and over again. And as long as the Repubs.
have their trigger fingers on at least one branch of the Federal government,
nothing happens. And “nothing happens,”
to begin with, because of the mis-use of the law. First let’s deal with the matter of the 2nd Amendment
to the Constitution, which, of course is always at the center of the
Constitutional argument, in re “My/their 2nd Amendment
Rights.” In that regard, it is very interesting to see how the Amendment
actually reads, to wit:

“A
well-regulated militia, being necessary to the security of a free State, the
right of the people to keep and bear arms, shall not be infringed.”

Now this
approach-to-gun-ownership-and-for-what-purpose(s) stands in sharp contrast to
what Republicans from Cruz to Boebert to Greene to Abbott to Zeldin (you may
not have heard of him but he is a pro-“gun”/anti-abortion-rights Repub. who got
redistricted out of a safe New York Cong. seat to a contestable one, and who is
now running for Governor) say it says. Which is: “the right of gun ownership of any gun, by anyone of any
capacity, mental or otherwise, in any context and for any use, human or animal
hunting or otherwise, is to be totally unregulated and totally beyond the reach
of the law, and is to require no evidence of instruction in use, maintenance,
and gun safety, unless a gun owner just happens to wound or kill another
person, (unless of course they can claim self-defense or, as in the Trayvon
Martin case, the ‘ the target was
thought by the shooter to be ‘suspicious‘).”

As it happens, for
most of its history the Supreme Court has interpreted it to mean that it does
NOT grant to every citizen an unlimited right to own one or more weapons of
unspecified types. In fact, Former Chief Justice Burger, no weak-kneed radical
he, had the following to say about the matter: “The idea that
the Second Amendment guarantees the right of an individual to own a gun is a
‘fraud.’ ” It was Justice Scalia, you know, the “we adhere to stare
decisis” (except when it doesn’t suit their purposes) guy, who in
“Heller,” writing for a 5-4 majority, opened the door to the “unregulated
private gun ownership” argument. Now it happens that “Heller”
refers to guns in the
home.
But the gun industry front (more on that below), aided by the Repubs. who the
NRA and the Gun Industry fund in massive amounts, just ran away with
what even Scalia actually said. And of
course, both Scalia and the Repubs. ignored the first two phrases of the 2nd,
and pretend that its text begins with the words “the right.”

Now, along with the
late Justice Scalia, you might be surprised to know, I happen to be a big fan
of strict constructionism when interpreting the Constitution. Thus, just as
Chief Justice Burger did, in reading the 2nd‘s plain language, when
taken as a whole, it is quite obvious that it can mean only one of two
things. First, it provides a right to the people, in the protection of the free
state, to form well-regulated militias. Or second, it provides to individuals
the right to bear arms, in a well-regulated system for the protection of the
free state.

But the NRA and its
Republican front-people (e.g., guns-on-the-mantle-Rep.-Boebert of CO) have of
course not read it in either of those two ways and have spent a good deal of
time and money making sure that many folks in both public and the media don’t
read it that way either. Thus, so far, with the Repubs. having had substantial
control of what the Federal government can actually do about the problem (that
is, as long as they control the Senate, of course), in one way or another, for
many years now nothing has happened in the way of promoting gun safety and
gun-ownership/control. But in constructing some kind of long-range
political-legal program to deal with this deadly matter here are several
thoughts on what else might be added to the standard arguments for gun-control
legislation that could actually work to reduce gun deaths.

Even with Scalia’s
opinion in “Heller,” which applied to the regulation of gun ownership
in the home, the door was opened wide to interpreting the 2nd Amendment as
sanctioning unlimited gun-ownership rights only by a mass advertising campaign
run by the NRA and supported by countless Repub. politicians. Regardless,
neither the 2nd nor “Heller” says that. This should
be emphasized.

Second, as has been
pointed out, it has to be recognized by the gun control-regulation forces that the
primary opponent to change is not the NRA. What has to be recognized is that
the real opponents of gun safety/control legislation are the six major personal
weapons industries: the rifle/long-gun/automatic
weapons industry; the hand-gun industry (sometimes the same as the one just
above; sometimes not); the gun ammunition industry; the gun ‘dealers’ industry
(wholesale and retail); the gun show industry; and the on-line gun-sales
industry (which can be connected to all of the above, or not).(Private sales,
which are uncounted, do not fall into this set.) The NRA is just their front organization.

(Note: You can view every article as one long page if you sign up as an Advocate Member, or higher).

ZeroTech Optics Releases Vengeance 1-6×24 LPVO
Gun legislation nearly unraveled over definition of ‘boyfriend’
The ‘Do Something’ Gun Control Bill Does Little But Erode Rights
Winners and Losers of the Week in Florida politics — Week of 6.19.22
Fixed Blade Alternative