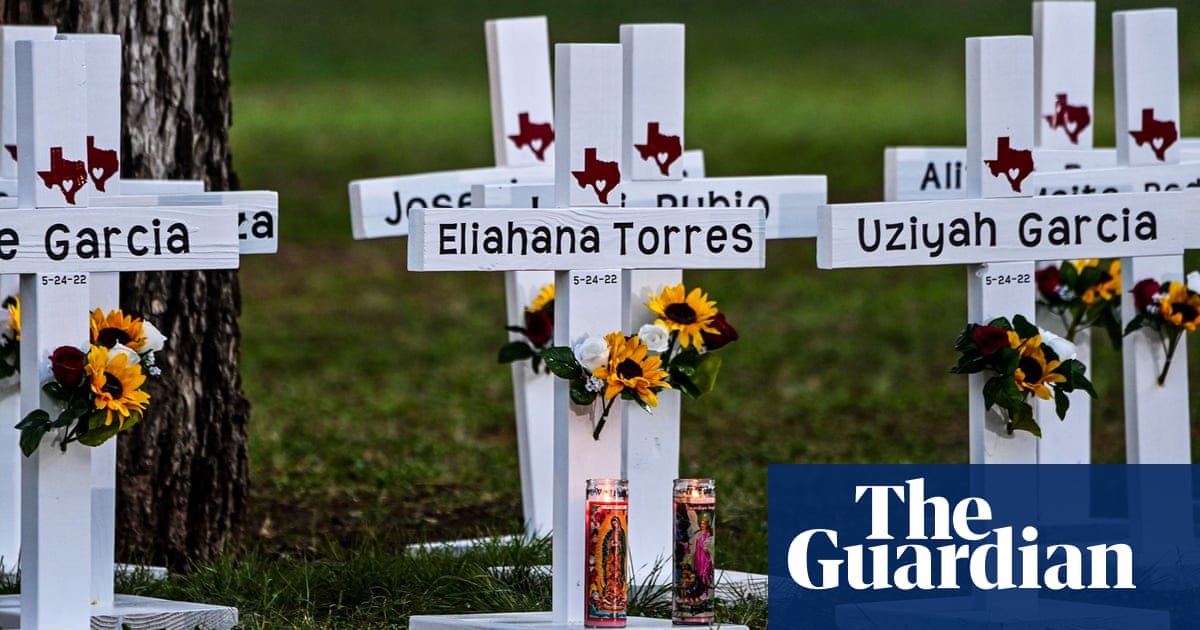 How lawmakers in thrall to the NRA stifle gun safety laws

In Texas, where guns are already a deeply ingrained part of the cultural landscape, a powerful political force is helping to stifle regulations aimed at limiting access to high-powered firearms.

The National Rifle Association (NRA) is one of America’s most powerful lobbying groups, spending nearly $5m last year to expand gun rights while limiting restrictions on who can have a firearm and how they can carry it.

Now, the NRA is again at the center of a heated American debate over guns after an 18-year-old with two rifles he purchased legally walked into an elementary school in Uvalde, Texas, killing 19 children and two adults.

That was Tuesday. Today, the NRA will welcome 55,000 members at its annual meeting in Houston, just a few hours from Uvalde. Attendees will browse exhibits of firearms paraphernalia and hear from Republican politicians like Texas senator Ted Cruz, Texas governor Greg Abbott and former US President Donald Trump.

A majority of Americans – 54% according to a CBS News poll before the shooting in Uvlade this week – want stricter gun control laws, but that majority is highly partisan. Just 27% of Republicans say the same.

Among Texans that margin is even slimmer. In a 2019 University of Texas/Texas Tribune poll after mass shootings in El Paso and Midland-Odessa, just 51% of registered voters in Texas said they wanted stricter gun control laws.

The majority of gun owners are responsible with their weapons, says Nicole Golden, the executive director of the state’s only organization advocating for policies to reduce gun violence. Texas Gun Sense was founded in 2007 by survivors of a mass shooting at Virginia Tech, and expanded in 2013, after the mass shooting in Newtown, Connecticut.

Now, Golden’s bipartisan group focuses on finding common ground with gun owners to support initiatives at the state and local level. They work with the Texas Department of Public Safety, for example, on a campaign to promote safe gun storage to keep firearms locked up and away from others.

“I don’t think the issue is hopeless,” Golden said. “You have to redefine what success looks like. You can’t give up because I don’t think giving up is an option.”

She said that this week, like after other mass shootings, her organization has seen an influx in new interest from Texans. Many gun owners, she says, recognize that America’s epidemic of gun violence needs some kind of change. After a 2018 mass shooting in Santa Fe, Texas, that killed 10 churchgoers, Abbott suggested new regulations including “red flag” laws that would allow courts to take away someone’s guns if they pose a threat to themselves or others.

Golden said she was excited to work with the governor on the issue, but it quickly failed to pick up any traction in the state capital.

“We watched those things fail, and this time there’s been no interest at all of dealing with safe gun laws,” Golden said. “It can often feel like you’re just beating your head against the wall or shouting into the void.”

There is little doubt that Texas has a historical obsession with fire arms dating back to it being a frontier state where white settlers used guns to take land from Indigenous groups and used them to fight the Mexican government, and then the US government when the state seceded during the American civil war.

“We have this long tradition of firearms,” said Jerry Patterson, a former Texas land commissioner and NRA member who helped push for concealed carry in the state after a mass shooting at a Luby’s restaurant in 1991.

But that tradition isn’t just a Texas-specific phenomenon, says Harel Shapira, a professor of sociology at the University of Texas at Austin who studies gun culture in America. He says that from a very young age, gun ownership becomes part of many people’s identity across the country. Families go hunting together. Fathers teach their children to shoot and how to be safe with firearms.

“Guns are a source of death, but also a source of [cultural] life in America,” Shapira said. Regulations may address who can purchase or use guns, he said, “but the question of American gun culture is a larger issue.”

He said that in recent decades, gun rights have become entrenched as a rightwing political issue. If you want to win as a Republican, he said, you have to embrace pro-gun rhetoric. Plus, that culture of firearms means that when mass shootings create a call to regulate guns, gun owners often have an emotional reaction.

“It’s very personal, it’s very visceral, it’s very emotional,” Shapira said. “They see it as an assassination of their character.”

That culture has helped build strong support for groups like the NRA in Texas. There are 5 million members nationwide, but the group says that 400,000 of them are in Texas. The NRA did respond to the Guardian’s questions about its support in the state.

Last year, the organization cited financial struggles in an effort to leave its headquarters in New York to reorganize in the more friendly political climate of Texas.

That bid at reorganization was part of a bankruptcy suit tied to an effort by New York’s attorney general to put the group out of business, according to the Associated Press. During the Covid-19 pandemic, the NRA laid off dozens of employees while its leaders used the group’s funds as their own piggybank, including a $17m post-employment contract for NRA CEO Wayne LaPierre.

Yet those problems, Patterson said, won’t change how the NRA or politicians think about access to firearms in America. He said that in Texas and across the US, primary electoral politics force candidates to take extreme positions on all kinds of issues, like gun rights. Not all gun owners may approve of extreme measures, he said, but the rhetoric that brings primary voters to the polls swings to the right in Republican races.

“There are a lot of people on the gun control side that are not as excited about things as they appear to be,” Patterson said. “But they vote for it anyway because the elections are decided in the primary.”

The NRA’s recent financial troubles didn’t stop the group from spending $786,052 in the 2020 election cycle. The group has already spent $217,596 in 2022 – paid exclusively to Republican candidates.

Three of the five lawmakers that have benefited the most from gun rights groups like the NRA are Texans, according to OpenSecrets, a nonprofit that tracks US political spending. Cruz has received the most – $442,333 since joining the US Congress in 2012. Texas’s other senator, John Cornyn, has received $238,875 during his tenure in the US Senate. Pete Sessions, a congressman from Waco, Texas, has received $202,926 in donations from the NRA and similar groups.

Those donations were smaller in 2020, as the organization began facing some of its mostly self-inflicted financial hurdles. Cornyn received $9,900 from the NRA in the last election cycle. Cruz was not up for re-election at that time and did not receive any donations, according to OpenSecrets.

Uvalde’s representative in the US House is Tony Gonzales, who said earlier this week that he was not interested in discussing gun policy so soon after 19 children were killed in his district. The NRA donated $4,950 to his campaign in the 2020 election cycle.

Abbott, Texas’s governor, is one of the most gun-friendly governors in the US. Even after mass tragedies like in Uvalde, he has signed laws making guns more and more accessible in the state. Last year, after signing a law allowing most Texans to carry a gun without a permit, he bragged that the measure “instilled freedom in the Lone Star State”.

Much of the rhetoric used by these and other conservatives after mass shootings like in Uvalde rely on a playbook partially developed by the NRA more than two decades ago. Soon after the shooting at Columbine high school in 1999, the NRA was scheduled to host its annual convention in nearby Denver.

According to a secret tape released by NPR last year, the group’s leaders met to consider a response, focusing on de-politicizing the tragedy and convincing lawmakers to delay action until the immediate firestorm of bad press had passed. It’s a playbook the group has returned to again and again as more Americans have been killed by gun violence.

After so many mass shootings – more than 200 in the US already this year – the responses on both sides of the issue have become predictable, Patterson said. He, like many political observers, doubt any real change will come from the aftermath of the horrors in Uvalde.

“We should do that which makes a difference,” Patterson said. “I fear we’re going to do the same shit we did before. It’s the cliches, the bumper stickers, and that’s all that’s going to happen this time.”