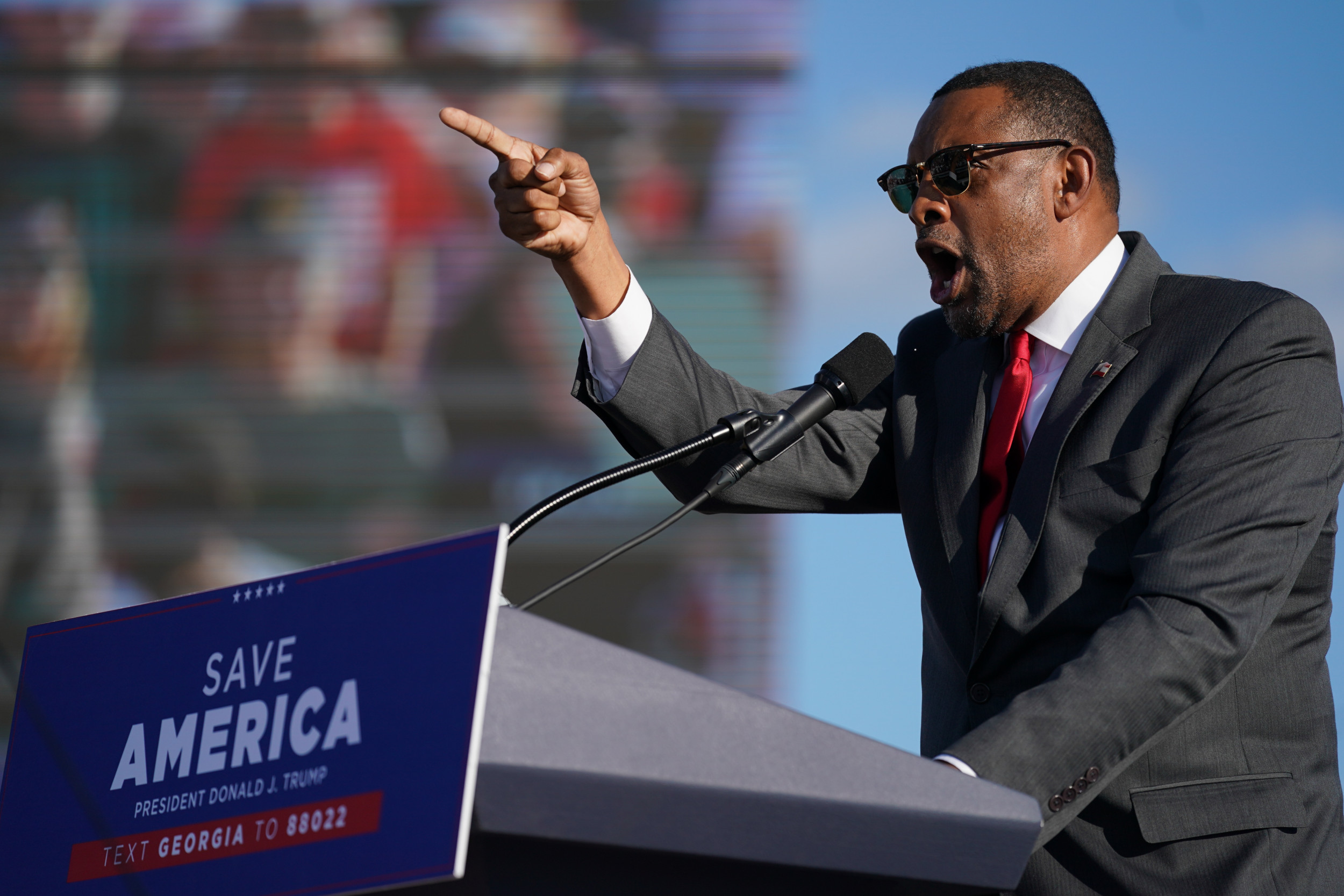 Georgia congressional hopeful Vernon Jones is the latest Republican figure to announce they are still intent on attending the National Rifle Association (NRA) conference in Texas on Friday in the wake of the Uvalde mass shooting.

The annual event, which has not been held for the past two years due to the pandemic, has been under pressure to cancel again this year because of its proximity to the elementary school shooting which left 19 children and two teachers dead.

Jones, who advanced into a runoff along with Mike Collins in Tuesday’s 10th Congressional district primary following an endorsement from former President Donald Trump, tweeted that he was en route to the NRA Institute for Legislative Action (NRA-ILA) Leadership Forum in Houston because “I refuse to cower to the left wing mob.”

“The Radical Left can be as outraged as they please; they will NEVER cancel the 2nd Amendment,” Vernon wrote. “America needs GOD, not gun control.”

Vernon is not listed as a speaker at the event taking place from Friday to Sunday, so is likely attending the meeting, along with tens of thousands of others, as a member of the NRA.

Trump previously confirmed he would still be attending the event despite it being held just days after the Uvalde massacre.

“America needs real solutions and real leadership in this moment, not politicians and partisanship,” Trump wrote on Truth Social. “That’s why I will keep my longtime commitment to speak in Texas at the NRA Convention and deliver an important address to America. In the meantime, we all continue to pray for the victims, their families, and for our entire nation—we are all in this together!”

Cruz, who has dismissed calls for gun reform in the country in the wake of the latest school shooting as “politics,” also announced he will still be at the NRA event in Houston this weekend.

“I’m going to be there because what Democrats and the press try to do in the wake of every mass shooting is they try to demonize law-abiding gun owners, try to demonize the NRA,” Cruz told Fort Worth news station KTVT on Thursday.

GOP lawmakers Representative Dan Crenshaw and Senator John Cornyn of Texas have both pulled out of speaking at the NRA meeting, but neither cited the Uvalde shooting as their reason for doing so. Texas Governor Greg Abbott will also no longer be appearing in person, and instead will be addressing the crowd in Houston through a prerecorded video on Friday.

Houston Mayor Sylvester Turner said that despite calls to cancel the NRA event, the city does not have “the luxury” to postpone the convention that has “been on the books for two years.”

Turner added “there is a strong possibility” that he will be part of the protests which are set to take place across from the George R. Brown Convention Center where the conference is being held, the Houston Chronicle reported.

In a statement on the Uvalde shooting, the NRA offered its “deepest sympathies” to the families and victims affected by the “horrific and evil” crime

“Although an investigation is underway and facts are still emerging, we recognize this was the act of a lone, deranged criminal,” the NRA added. “As we gather in Houston, we will reflect on these events, pray for the victims, recognize our patriotic members, and pledge to redouble our commitment to making our schools secure.”

Newsweek reached out to Ted Cruz, Kristi Noem and Mark Robinson for comment.