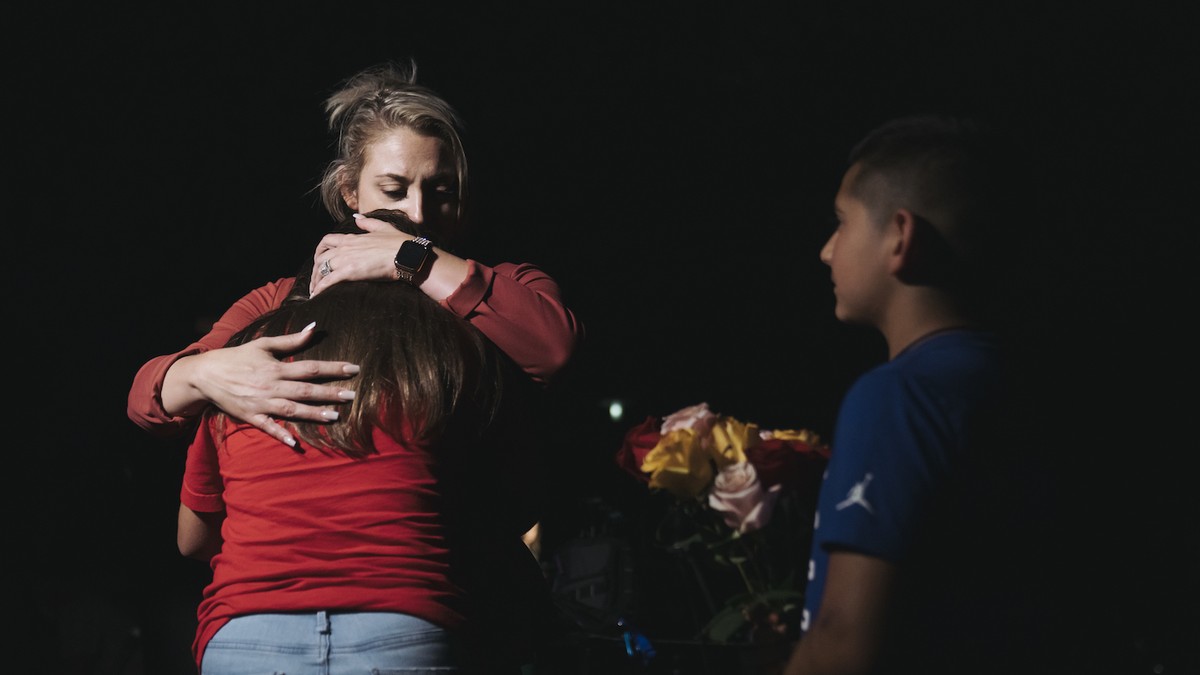 “When I watch from afar and see events such as this today, it’s not as a politician,” she told talk show host Stephen Colbert. “I see them just as a mother. I’m so sorry for what has happened here.”

Three years ago, it took just one massacre for Ardern to change her country’s gun laws.

On March 15, 2019, a lone gunman entered two separate mosques in the New Zealand city of Christchurch and carried out two consecutive mass shootings, killing a total of 51 people and injuring 40 more. Just seven days later, on March 21, Arden announced a national ban on semi-automatic weapons, and less than a month later, military-style semi-automatics, assault rifles, and associated parts were made illegal.

In comparison, the Texas shooting was the U.S.’ 252nd mass shooting of 2022 alone. It is the worst school shooting at a U.S. grade school since 2012—when a gunman killed 27 people at Sandy Hook Elementary School in Newtown, Connecticut—and the worst mass shooting ever at a school in Texas. It is also the 4,634th mass shooting to have taken place in the U.S. since the start of 2013.

The statistics have left much of the world, particularly New Zealanders, dumbfounded.

When Philippa Yasbek, a New Zealand-based public health advocate and co-founder of Gun Control NZ, saw news of the Texas shooting on Tuesday, she couldn’t help but remember the 2019 mass shooting at home.

“The Christchurch event was really, really shocking for New Zealanders because we all had this false sense of security that it couldn’t happen here,” she told VICE World News.

“We were actually one of the last developed countries to really tighten up our gun laws. But [we] all just look across at the U.S. and shake our heads in horror, because the evidence is really strong on what works for preventing mass shootings, and there’s just a complete lack of political will to address it.”

Yasbek said it is the reaction of politicians that she finds particularly alarming.

“What shocks me the most is always the reaction,” Yasbek said. “There’s all this kind of ‘Thoughts and prayers’; ‘It’s too soon to do anything’; ‘This problem is too complicated for any easy public policy solutions.’ You can see how the NRA [National Rifle Association] and the gun lobby just go into hyperdrive, putting out their various kinds of disinformation and bad lines.”

The arguments are familiar to Yasbek. When she was pushing for New Zealand’s second round of gun reforms, she heard similar fallacies spouted by opponents who insisted that “guns don’t kill people, people do.” Ultimately, however, they were implemented in June 2020 and included the introduction of a gun registry, prohibition of high-risk firearms like short semi-automatic rifles, and tighter rules for gun dealers.

The reforms were largely modelled on similar overhauls that took place in Australia in the wake of the 1996 Port Arthur massacre, which saw a lone gunman kill 35 people and wound 23 others using a military-grade semi-automatic rifle at a popular tourist site in south-eastern Tasmania. That mass shooting prompted the Australian federal government to transform the nation’s gun control legislation, banning all semi-automatic rifles and shotguns, introducing a national gun register, and initiating a mandatory “buy-back” scheme where owners were remunerated for any guns they handed over.

The New Zealand government was considering tightening its own gun control measures around the same time, but ultimately folded under pressure from the gun lobby. Firearm ownership remained relatively widespread and uncontroversial throughout New Zealand for the 10-plus years that followed—until the country witnessed a large-scale massacre of its own.

Following that, gun owners themselves willingly put their arms forward.

“Coming from a country… with a very different cultural approach [towards firearms], we see guns as tools for the most part, not a means for self defence against tyranny. It’s always so jarring to see [U.S.] politicians defending the rights of guns and their owners over the top of the rights of those killed or injured by their misuse,” John Hart, a New Zealand farmer who handed his semi-automatic rifle over to be destroyed in the wake of the Christchurch massacre, told VICE World News.

“Almost ten years after Sandy Hook, these [shootings] just keep happening, yet I haven’t seen any meaningful gun control legislation advanced in all that time.”

What many view as a central contributing factor to America’s firearms crisis, and one receiving renewed attention in the wake of Tuesday’s event, is the lack of robust and effective background checks for would-be gun buyers—particularly on the internet, where the Texas shooter reportedly procured his rifle. Such checks would provide a system whereby persons of concern could be flagged to authorities and agencies like the FBI could investigate.

Legislation seeking to strengthen background checks for would-be buyers passed by the House of Representatives in 2019 and again last year, but has languished in the Senate amid Republican opposition. Shortly after Tuesday’s shooting, Democrats made a swift push to bring the proposals back to the fore.

Many Republicans, however, seem adamant on digging in their heels regarding their long standing opposition to gun safety measures—while citizens in countries like New Zealand, where a single similar event spurred swift and effective government action, watch on in disbelief.

“New Zealand is far from perfect, but we had leaders with the courage to act in the immediate aftermath of our tragedy,” Hart said.

Yasbek pointed out that there are a number of measures the American government could take to address what seems to be an escalating crisis, many of which have popular support and would make a real difference. Aside from strengthening background checks, these include raising the minimum age for purchasing firearms and introducing a red flag system where persons of concern, such as those with a history of domestic violence issues, are prevented from owning firearms.

“There’s really good evidence around the world of what works. Strong gun laws save lives, and we would really encourage them to learn from other countries,” Yasbek said. “It is preventable, but they just have to follow the evidence, be brave, and make some changes.”

The push for change does have support from some powerful voices, including President Joe Biden who on Tuesday condemned the gun-fuelled “carnage” breaking out across the U.S.

Outsiders who watch on wonder the same, questioning if and when the U.S. will truly make sweeping changes on gun laws.

“It speaks to a really broken political system where a small minority can hold a majority hostage,” she said. “It’s kind of amazing how the [American] political system seems completely impervious to truly horrific events like children being massacred.”

“It is shocking and strange, and they’re the only country like that in the world.”

Illinois residents cast votes in Tuesday’s primaries
The Dominoes Begin to Fall: NJ Amends Permit Rules After Bruen
The Supreme Court’s Fighting Words
Explainer: What changes after the U.S. Supreme Court’s landmark gun ruling?
American gun culture is based on frontier mythology – but ignores how common gun restrictions were in the Old West