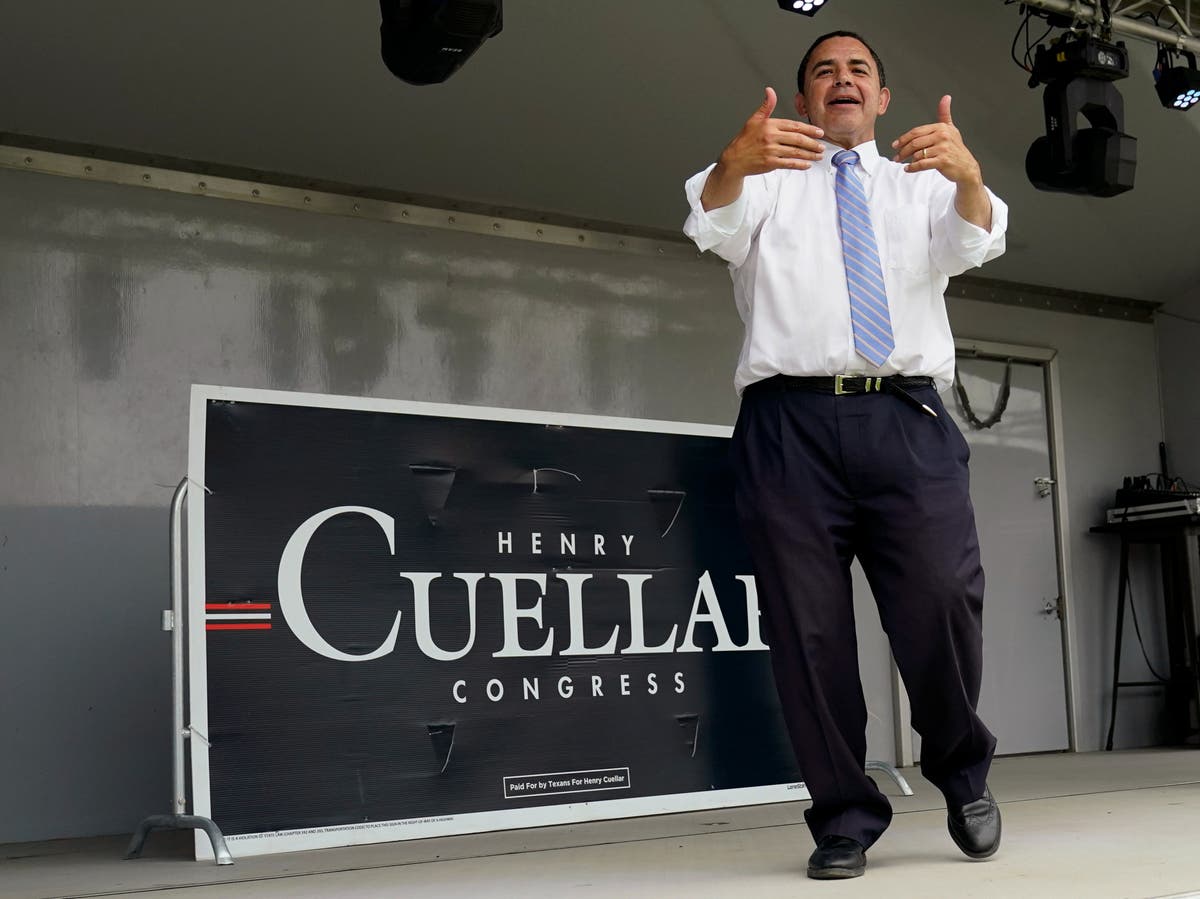 When Democratic Senator Joe Manchin killed Build Back Better late last year after the bipartisan infrastructure bill passed, plenty of Democrats said “I told you so”. But, of course, there isn’t much Democrats can do to exact revenge on Mr Manchin or Senator Kyrsten Sinema of Arizona. For one thing, neither of them are up for re-election until 2024 – and even then, Mr Manchin will still be fighting to win in West Virginia, a state whose every county voted for Donald Trump.

Instead, still-smarting Democrats hope to take out the party comrades who pushed to get the bipartisan bill passed first, thus hanging Build Back Better out to dry.

In Oregon, Jamie McLeod Skinner looks likely to have beaten incumbent Congressman Kurt Schrader, who was part of the original nine moderate House Democrats who pushed for the bipartisan package’s passage.

On Tuesday, two more of that initial group are on the chopping block. In Texas, Representative Henry Cuellar will meet his challenger Jessica Cisneros in a runoff race. He is the sole anti-abortion Democrat left in the House, though he said he “opposes a ban on abortion” after Politico leaked a Supreme Court draft opinion showing it would overturn Roe v Wade. Yet despite his history, House Speaker Nancy Pelosi is supporting him.

This primary has strong implications for Democrats’ approach to immigration. The 28th District is on the US-Mexico border, and its population is heavily Latino, but one of the major employers of Hispanics in border towns is the extremely controversial Immigration and Customs Enforcement agency. Friend of the newsletter and New York Times reporter Jazmine Ulloa has a must-read piece about the district; Mr Cuellar’s supporters told her he is trying to straddle the line between Republicans who spout anti-immigrant rhetoric and the Democrats he needs to keep his seat.

The upshot? Mr Cuellar has criticized Ms Cisneros for saying she wants to half the number of US Immigration and Customs Enforcement jobs, while Ms Cisneros, a former immigration lawyer supported by the Squad, has taken to calling Mr Cuellar “Trump’s favorite Democrat.” But it’s unclear that resonates as much as Ms Cisneros might think: the 28th district includes many counties in the Rio Grande Valley where Mr Trump made inroads with Hispanics.

Meanwhile, in Georgia, after Republicans in the state legislature redrew the boundaries of the sixth district to make it much redder, Congresswoman Lucy McBath decided to challenge her Democratic colleague Carolyn Boudreaux, another of the tendency who wanted to pass the infrastructure bill first. The intra-partisan lines are not as clear-cut in this race; while she positions herself as a Build Back Better Democrat, Ms McBath endorsed Mike Bloomberg in his disastrous presidential campaign, and both congresswomen are members of the centrist New Democrat Coalition.

Ms Bourdeaux has tried to hit Ms McBath by saying by moving from the 6th district, she risks giving the seat to a Republican and to the National Rifle Association. That last part hit a nerve with Ms McBath, who is Black, since a white man shot and killed her son Jordan Davis for playing music that was too loud.

“To accuse me of letting the NRA ‘win’ is absurd,” she said in a fundraising email. (Ms McBath also gave a widely-shared and gut-wrenching speech during a congressional hearing where she spoke about enduring multiple miscarriages and a stillbirth.)

Ultimately though, this is also about the near-term future of the party. The district mostly encompasses the suburbs of Atlanta – and much as the race in the 28th district is a fight over Latino voters, the primary fight in Georgia is about what type of Democrat the US’s all-important suburban voters are prepared to get behind.