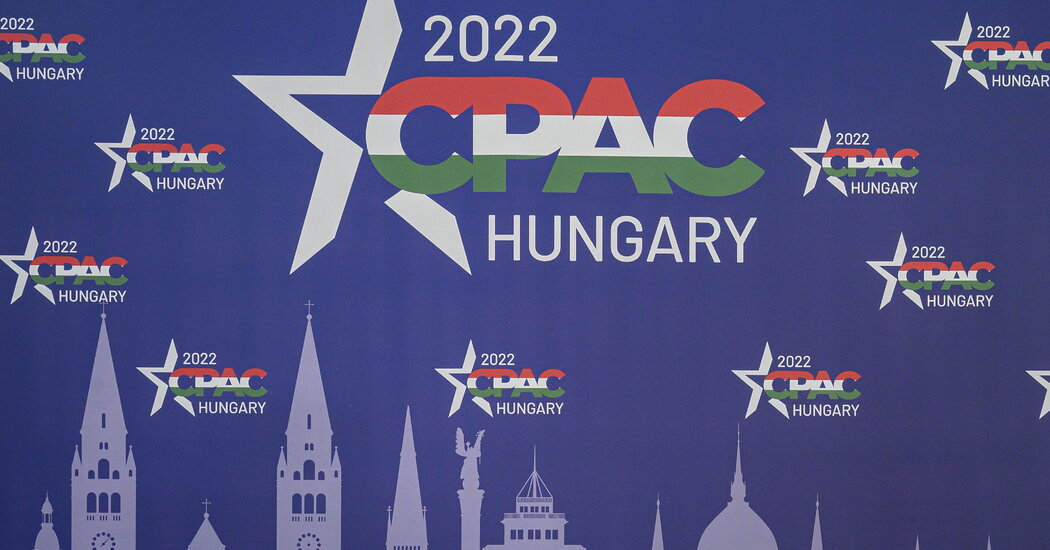 The Conservative Political Action Conference, or CPAC, held its first Hungarian edition last week. Attendees were welcomed with an opening speech by Prime Minister Viktor Orban, who instructed them on how the “international liberal left” was defeated.

But some of his advice at CPAC Hungary might have reflected his background as a lawyer: “Those who play by their opponents’ rules are certain to lose.” Indeed, since coming to power in 2010, Mr. Orban has written his own rules, promulgating a new Constitution and hundreds of new laws to lock in his gains.

The secret to Mr. Orban’s longevity in office has been using those rules in ways that go far beyond social-conservative culture. He has also deployed his own rules in the realm of material benefits. He has effectively used political payback to inflict economic pain on his opponents while bestowing financial benefits on loyalists.

And it appears his American conservative admirers have taken notice. During Donald Trump’s presidency and in red states like Florida, political punishment has become a way of doing business.

Certain Republicans and Mr. Orban share political payback as a strategy of governing and a way for the state’s economic power to consolidate partisan political power. The rules are simple: Make your enemies pay; let your friends prosper.

We don’t know for sure whether one side influenced the other. But the connections between Mr. Orban and his Republican admirers are personal and have expanded in recent years. In 2010, Republican political consultants helped engineer Mr. Orban’s 2010 election victory, and they continued to assist Mr. Orban even while their team branched out to help organize the Trump 2016 campaign. Mr. Trump surrounded himself with Mr. Orban’s friends in Washington, such as Sebastian Gorka and Kurt Volker. The former president’s Health and Human Services Secretary Alex Azar attended conferences promoting social-conservative policy with Mr. Orban’s former Minister of Family Affairs Katalin Novak, recently inaugurated as the new president of Hungary.

In Hungary under Mr. Orban, political payback is common. Mr. Orban first targeted the independent and opposition media by directing state-funded advertising to pro-government outlets. He has used state regulatory power to shift business from unfriendly hands to friendly ones, starting with a law that required tobacco sellers to be licensed by the state. (Many of those licenses were awarded to government supporters.) With tobacco as a model, Mr. Orban opened similar efforts in the banking, energy and telecom sectors. Owners whose businesses failed to support the governing party have been sidelined, while party loyalists gained. When discontent with Mr. Orban overflowed and his party lost many of the country’s big cities in the 2019 local elections, he cut major sources of revenue for opposition cities so that their mayors would appear incompetent without resources.

As president, Mr. Trump was accused of political partisanship in many cases affecting blue-state voters and governments. He refused to greenlight the New York Gateway tunnel project. His administration initially refused to provide wildfire assistance to California and was accused of raising hurdles in distributing hurricane relief in nonvoting Puerto Rico. When the media reported unfavorably on Mr. Trump’s presidency, he — like Mr. Orban — picked fights with perceived opponents, repeatedly threatening Amazon in order to punish Jeff Bezos, owner of Amazon and The Washington Post, and openly criticized the merger of AT&T and CNN’s owner at the time, Time Warner.

Some red states are now catching on to the politics of payback. In 2018, Georgia’s Republican legislature approved a bill that stripped out a tax break that would have benefited Delta Air Lines after the company decided to end a promotional discount for National Rifle Association members. A Texas legislator recently threatened to introduce a bill that would prevent Citigroup from underwriting Texas municipal bonds unless it stopped its policy of paying the travel expenses of employees who seek abortions outside the state.

Retribution is the method of the bully. By punishing opponents for minor or even imagined infractions, all but the bravest opponents slink away. And it generates compliance. That’s precisely why it is a useful tactic. Only a few need to be targeted for many to toe the party line. Payback also generates loyalty. Friends stay close when they benefit from government largess.

In Hungary, this is all legal, because Mr. Orban doesn’t play by opponents’ rules. He makes his own. As a clever lawyer, Mr. Orban knows that if he can legalize anything, he can use state resources to punish enemies and benefit friends without liability.

Mr. Orban’s party controls everything that matters in Hungary, so he controls the law. Like Mr. Orban, Mr. DeSantis is also a clever lawyer — and for now, his party controls the offices of secretary of state, attorney general and both chambers of the state legislature in Florida.

If Mr. Trump is succeeded by a more disciplined party leader who can control all three branches and lock in partisan advantage by law, then payback could become the currency of the realm.

Does political payback have limits? Elections can replace the bullies, as Mr. Trump has now seen. Mr. DeSantis faces the discipline of a balanced state budget.

But these controls assume that constitutional government still works. The opposition in Hungary faces enormous obstacles (like a mostly one-sided media environment and rigged rules) to winning through elections. Mr. Orban has captured and dismantled all of the checks on his power. Will the Republican Party succeed in doing the same here? While elections still have consequences, voters will need to say no.

Kim Lane Scheppele, a professor of sociology and international affairs at Princeton University, lived and worked in Hungary for many years as a researcher at the Hungarian Constitutional Court. She was also a founding director of the gender studies program at Central European University when the university was still in Budapest.

The Times is committed to publishing a diversity of letters to the editor. We’d like to hear what you think about this or any of our articles. Here are some tips. And here’s our email: letters@nytimes.com.