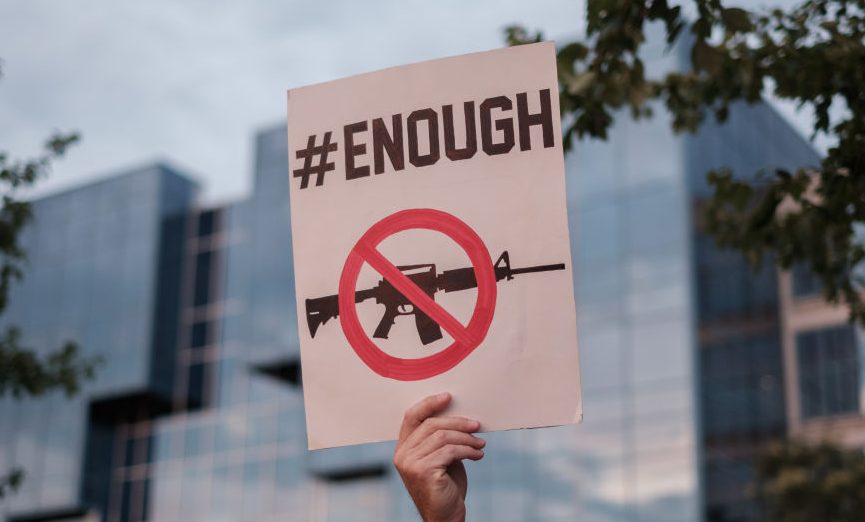 On Saturday, an 18-year-old gunman entered the Tops Friendly Supermarket in Buffalo, N.Y. He killed 10 people, injured three others and left a community reeling.

Sen. Ted Cruz (R–Texas), who has received more funding from gun rights groups than any other politician since he was elected to Congress in 2012, condemned the racially-motivated mass shooting as “profoundly anti-American.”

But mass shootings are an increasingly common facet of American life. There have been 198 mass shootings in 132 days in 2022. The Buffalo massacre is the deadliest this year so far.

Powerful gun rights groups including the National Rifle Association (NRA) and Gun Owners of America have poured millions into lobbying, campaign contributions and outside spending to advocate for the right to bear arms. At least 81.4 million Americans owned guns in 2021.

These organizations have invested $190 million in lobbying efforts since 1998. Gun rights advocates spent more than $114 million of that total since 2013.

Lobbying by gun rights advocates nearly tripled in 2013 after a gunman murdered 26 people, including 20 children, at Sandy Hook Elementary on Dec. 14, 2012. The following year was the closest the Senate has come in the last decade to passing meaningful gun control legislation.

Gun control advocates, including Giffords and Everytown for Gun Safety, have spent just $30 million on lobbying since 1998 – about six times less than gun rights groups spent over the same period. Groups advocating for gun control spent a record $2.9 million in 2021, and $609,000 in the first quarter of 2022.

Federal lobbying is not the only way to influence political debates. From 1989 to 2022, gun rights groups contributed $50.5 million to federal candidates and party committees. Of that, 99% of direct contributions went to Republicans.

Despite being dwarfed by gun rights lobbying and campaign contributions, gun control groups have increased outside spending since the 2018 election cycle. Gun control advocates poured $16.6 million into outside spending in 2020 compared to just $14,000 in 2016.

Gun control groups poured more money into outside spending than gun rights groups for the first time during the 2018 election cycle. But gun rights organizations have spent more money so far ahead of the 2022 midterms.

The powerful yet troubled NRA significantly decreased its political spending in the years leading up to its 2021 bankruptcy claim, OpenSecrets reported last year. The NRA spent $29.3 million during the 2020 election, down from $54.4 million on outside spending in the 2016 election.

The group has contributed $207,000 to Republican candidates and poured $5 million into outside spending so far this cycle.

The NRA’s lobbying efforts aimed to push back on federal and state gun control measures, even as 2021 was on track to exceed 2020 as the deadliest year for gun violence in the last two decades.

For example, a statement from the NRA’s lobbying team argued against universal background checks because they “don’t work.” NRA lobbyists framed the debate as full of “traps for law-abiding gun owners.”

In the hours after the Buffalo mass shooting, the NRA tweeted, “Disarming law-abiding citizens and making good people helpless will not make bad people harmless.”

The NRA has not issued a formal statement on the mass shooting. After the Sandy Hook shooting, the gun rights group waited a week to issue a statement.