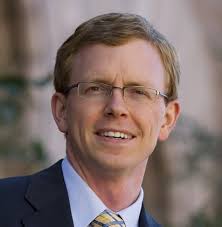 Mitchell, S.D.(Press Release) — On Friday, the National Rifle Association (NRA) endorsed candidate for U.S. Congress, Dusty Johnson, in the June 7th South Dakota Republican Primary. Johnson received an A+ rating by the NRA and has the highest pro-Second Amendment rating in the primary race for South Dakota’s lone seat in the U.S. House. Click here for audio on the endorsement.

“I am proud to be the NRA endorsed candidate in this race, and I’m proud of my strong record on the Second Amendment,” said Johnson. “I’ve voted against Pelosi’s attempts to strip Americans of their Second Amendment freedoms, and I’ve been a leader on legislation to ensure Americans’ right to own a firearm is not infringed.”

The NRA is a gun rights advocacy group based in the United States.

Recently, Johnson introduced legislation to prohibit the U.S. Department of Justice (DOJ) from implementing Biden’s new rule to expand the definition of a firearm.