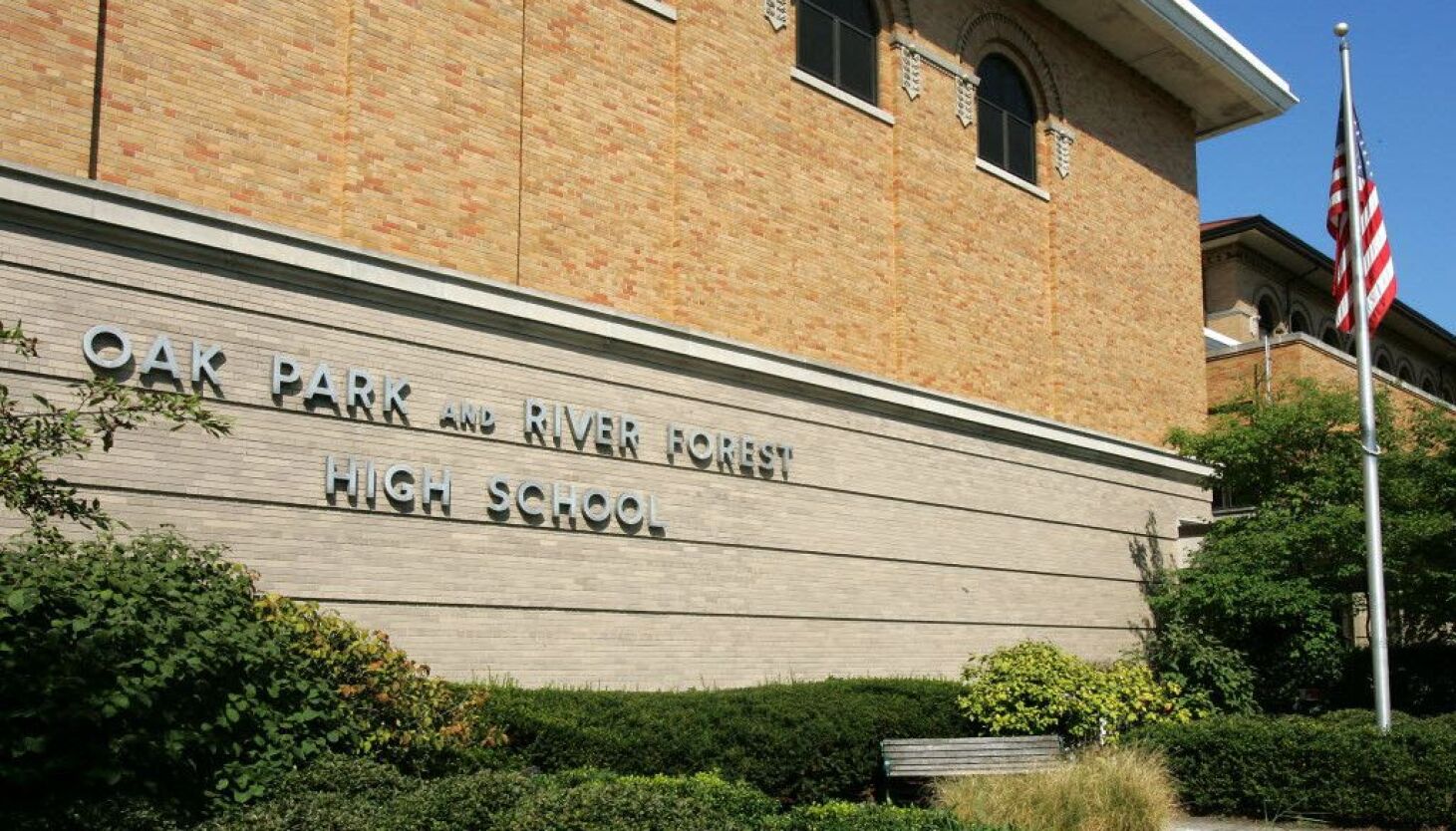 Keyon Robinson was arrested around 12:30 p.m. Tuesday outside the school at 201 N. Scoville Ave. by officers responding to a tip, according to Oak Park spokesman Erik Jacobsen.

He was charged with two counts of aggravated unlawful use of a weapon and his bail was set at $500,000 on Wednesday. Police did not give a motive for Robinson carrying the gun and declined to release additional information about the case.

Parents were alerted to the arrest by school principal Lynda J. Parker, who assured them that “everyone is safe, and school operations were not interrupted.” She urged parents to “please emphasize to your children the importance of telling a school official if they believe there is a weapon at school.”

The gun taken from Robinson was a “self-manufactured, black and blue unmarked semi-automatic firearm,” also known as a “ghost gun,” according to the arrest report. It held a magazine containing 12 rounds of 9mm ammunition, as well as a chambered 9mm round.

Ghost guns are firearms that have not been issued a commercial serial number and are not traceable.

State Democrats last month moved to ban ghost guns in Illinois and sent a bill that requires all firearms, including 3D-printed guns, to have serial numbers. The bill was sent to Gov. J.B. Pritzker, whose signature would make Illinois the first Midwest state to ban ghost guns.

State lawmakers passed the bill days before President Joe Biden announced a new federal rule that makes it illegal for businesses to make gun kits that don’t include a serial number and for licensed gun dealers to sell them without a background check.

Under the Illinois bill, people who own ghost gun kits would have to get them stamped with serial numbers within 180 days of the effective date of the law. The law carries a misdemeanor charge for anyone found with a unstamped gun or gun kit for a first offense and a Class 3 felony charge for a second violation.

The Illinois Association of Chiefs of Police is among law enforcement groups that have said they support the bill.

If the bill is signed into law, Richard Pearson, executive director of the Illinois State Rifle Association said his organization plans to fight any new regulations in court. He said the ban won’t have an impact on crime and will primarily hurt hobbyists who “are just making them for themselves, there’s really no harm in it at all.”

Commercial producers of firearms have been required to stamp their guns with serial numbers since 1968, and people who make their own guns are not allowed to sell them, he noted.

After Tuesday’s arrest, police noted that Robinson did not have a Firearm Owners Identification card. To get a card in Illinois, a person must be 21 or be sponsored by a parent or guardian who is eligible for a FOID card.

Robinson’s next court date is scheduled for May 24.