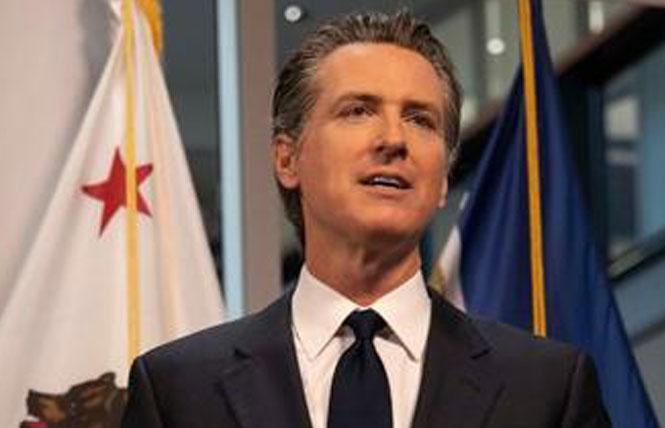 The Bay Area Reporter recommends the following candidates for statewide offices in the June 7 primary.

Governor: Gavin Newsom
Fresh off his resounding win in last year’s recall race, Democratic Governor Gavin Newsom is almost certainly going to win reelection to a second four-year term. For LGBTQ residents in the Golden State, that is a good thing. Newsom has consistently been a strong ally to the community, dating from his days as San Francisco mayor when he helped launch the nationwide fight for marriage equality by ordering city officials to issue marriage licenses to same-sex couples.

As governor, Newsom has signed significant pro-LGBTQ bills into law. Last year these included bills requiring big stores to have gender-neutral toy aisles; allowing marriage and children’s birth certificates to be updated to reflect their legal name and gender in a way that protects their privacy; and requiring public colleges and universities to stop deadnaming trans and nonbinary students on their diplomas and academic records. Over his first term in office the governor also signed a controversial bill ensuring LGBTQ adolescents are treated the same as their heterosexual peers when faced with the possibility of being listed on the state’s sex offender registry. And there are many others.

We expect his pro-LGBTQ stance to continue in his second term. But one piece of legislation that he hasn’t signed yet is an important one. Senate Bill 357, the Safer Streets for All Act, was delayed last year even though it passed out of the Legislature. Co-authored by gay state Senator Scott Wiener (D-San Francisco) and Assemblymember Ash Kalra (D-San Jose), it would repeal California Penal Code Section 653.22, the law that criminalizes loitering for the intent to engage in sex work. It also allows those convicted of loitering with the intent to commit prostitution, particularly the Black women and transgender individuals often targeted under the law, to have their records sealed. Wiener told us earlier this year the bill would head to Newsom’s desk “soon,” but that hasn’t happened yet, likely due to some concerns on the part of the governor. We urge him to sign this legislation.

Newsom has governed well over these last four years. He instituted measures to help manage the COVID pandemic and has repeatedly stood up for California values and equality for all and confronted pushback from Republican governors like Ron DeSantis of Florida. He has appointed qualified LGBTQ people to various roles in his administration, including the courts, and has the state on the right track. We recommend Newsom for governor. 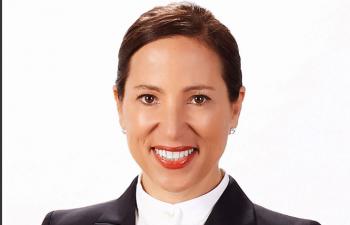 Lieutenant Governor: Eleni Kounalakis
Eleni Kounalakis (D) has no strong opposition and should easily win reelection. She has been a strong ally to the LGBTQ community. Last fall she announced the formation of a transgender advisory panel. While that is a good thing, we haven’t heard much about its work since its formation. At the time there was no one from a San Francisco-based agency on it, which we opined about at the time. She also passed up a chance to stand in solidarity with the LGBTQ community when she declined to comment to us about top Hungarian diplomats who had their photo taken in San Francisco City Hall last August (she was the U.S. ambassador there during the Obama administration). That drew the ire of some Hungarian Americans and LGBTQ leaders because Hungarian Prime Minister Viktor Orban has long been on an anti-LGBTQ tirade that shows no signs of abating now that he’s won reelection.

We hope Kounalakis can be more proactive in terms of LGBTQ issues in her second term. 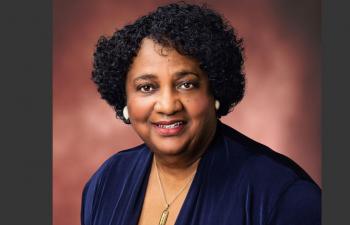 Secretary of State: Shirley Weber
Shirley Weber, Ph.D., a Democratic former assemblymember from San Diego, was named the state’s chief elections officer by Newsom last year after he appointed Alex Padilla, her predecessor, to the U.S. Senate to replace Kamala Harris when she assumed the vice presidency. In the Assembly, Weber worked on criminal justice reforms and has been a great ally to the LGBTQ community. As chair of the Assembly Black Caucus, Weber in 2020 joined with state Senator Scott Wiener in the successful effort to have Newsom posthumously pardon gay Black civil rights leader Bayard Rustin, who had been arrested in Pasadena in 1953 on vagrancy charges.

As secretary of state, Weber states on her campaign website that she is committed to making California the national leader in running inclusive, trustworthy, and transparent elections — expanding the franchise to more of our citizens, ensuring election security, and empowering voters to make informed decisions.

We recommend Weber for a full term as secretary of state. 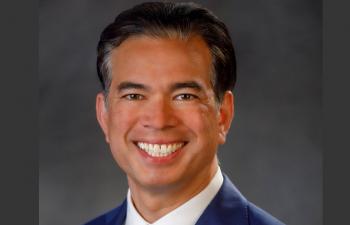 Attorney General: Rob Bonta
Like Weber, Attorney General Rob Bonta was nominated by Newsom after the previous AG, Xavier Becerra, was tapped by President Joe Biden to be his health and human services secretary. Bonta, a Democrat, previously represented part of Oakland, Alameda, and San Leandro in the Assembly. He was the only AG candidate to return our endorsement questionnaire, and in it, he stated that he’s committed to protecting the civil rights of all Californians, “including California’s vibrant LGBTQ+ communities.” He stated that he will continue to prioritize criminal justice reform, and racial, economic, and environmental justice.

One of Bonta’s chief opponents is Anne Marie Schubert, a lesbian who’s the Sacramento County district attorney and the sister of Frank Schubert, one of the masterminds behind Proposition 8, the now overturned California same-sex marriage ban. Schubert is running as an independent but has a more conservative view of law enforcement and would likely take the state away from recent successful legislative efforts to hold police officers accountable.

Bonta stated that the state needs to build upon community policing as that is a way to build trust in communities. “Law enforcement agencies should resemble the communities they serve,” he stated. He also said he has taken steps as AG to accelerate the public release of peace officer use-of-force and misconduct records that are in the state Department of Justice’s possession.

Bonta has done a good job so far as the state’s top law enforcement official. We recommend him for a full four-year term. 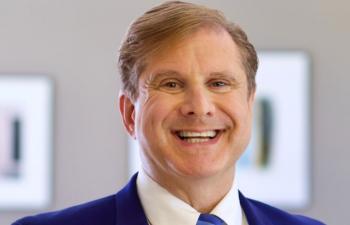 Controller: Ron Galperin
Ron Galperin (D) is a gay man who currently serves as controller and chief financial officer for the city of Los Angeles. He is a son of immigrants and was L.A.’s first citywide LGBTQ elected official. He stated in his endorsement questionnaire that he has transformed the office by “launching independent, hard-hitting audits — rooting out waste, fraud, and abuse; exposing misspent funds to address homelessness.” He stated that California needs a controller “with the experience and credibility to safeguard the people’s dollars — and to strengthen the financial health of all Californians.”

Another candidate in the race is Malia Cohen, a Democrat who is a former president of the San Francisco Board of Supervisors, San Francisco police commissioner, and currently chair of the Board of Equalization, the state’s tax administrative body. In her endorsement questionnaire she said she would direct state funds to be invested in resources that uplift historically marginalized communities and sustainable investment sectors. Cohen has been a strong ally to the LGBTQ community, but on balance, we think Galperin has more direct experience. 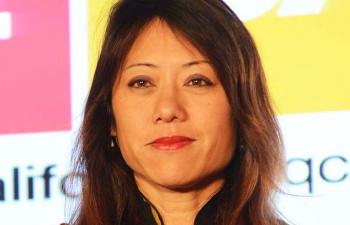 Treasurer: Fiona Ma
Fiona Ma, a Democrat and former San Francisco supervisor and assemblymember, is seeking reelection as the state’s treasurer, the state’s chief investment officer. She stated on her campaign website that in her first term, “we refinanced billions of dollars of bonds to save California taxpayers hundreds of millions of dollars that were reinvested back into critical public services.” She stated, “I will continue to invest California’s money in a socially responsible manner and ensure our state is on sound financial footing. I will continue to prioritize funding for health care, housing, jobs, the environment and our schools, while making it easier for Californians to afford college and retirement.”

Ma, a certified public accountant, has no serious opposition in deep-blue California. One cause for concern, however, is a lawsuit filed by a former staff member alleging wrongful termination. In the complaint, Judith Blackwell alleges sexual harassment. Other records obtained by the Sacramento Bee show that Ma regularly shared hotel rooms with staffers; she said it was to save the state money, other experts say it crossed an ethical line. Ma says the lawsuit claims are without merit.

Ma has done a good job as treasurer but we hope that she will maintain clearer boundaries with her staff. 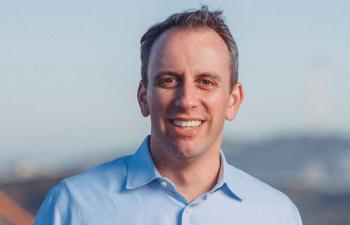 Insurance Commissioner: Marc Levine
We wanted to recommend current Insurance Commissioner Ricardo Lara (D) for another term. A gay man, he was the first LGBTQ person to win election to statewide office four years ago and shattered that pink glass ceiling. But Lara has had a rocky tenure beset by ethical scandals dating back to 2019. He accepted industry campaign contributions in excess of $270,000 from 56 different sources with ties to the insurance industry and he has intervened in cases involving donors, as multiple news outlets have reported.

Enter Marc Levine, a Democratic assemblymember who represents Marin and Sonoma counties in the North Bay. In his questionnaire, he stated that the current officeholder is “ethically compromised” and wrote that he would be an “activist insurance commissioner who will stand up against the insurance companies on behalf of Californians…” Notably, many of Levine’s constituents have been impacted by wildfires in recent years. Levine helped increase transparency on homeowners’ insurance, which is particularly critical for those living in areas vulnerable to wildfire, the website states. He ensured homeowners are provided with timely estimates about their current property values so they don’t find out they are underinsured following a wildfire.

Levine is a strong supporter of universal health care and a staunch advocate and leader on consumer protection legislation, he wrote. He has taken on Big Oil, the National Rifle Association, and other special interests.

Lara has done some important work to help the LGBTQ community. He issued an order in support of trans youth accessing medical care and he worked with state Senator Lena Gonzalez (D-Long Beach) to adopt Senate Bill 1255, ending the practice of insurance companies discriminating against individuals because of their HIV status. He also imposed a one-year moratorium on insurers leaving wildfire prone areas. But California deserves an insurance commissioner who is independent of the industry they regulate, and on that metric, Lara has not lived up to his pledges.

We recommend Levine for insurance commissioner. 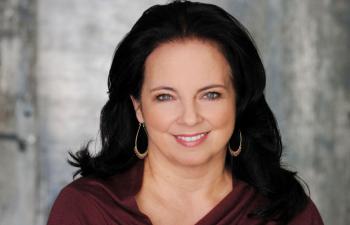 Board of Equalization District 2:
Michela Alioto-Pier

A former member of the San Francisco Board of Supervisors, Michela Alioto-Pier has championed environmental and economic issues. California counties rely heavily on taxes collected through the Board of Equalization, the state’s tax administrative body. In her endorsement questionnaire, she told us that as a member of the Board of Equalization, she would work to make sure there is a fair tax system in place so that funds are appropriately collected. Taxes fund a variety of programs in the state, including affordable housing and other critical services.

Alioto-Pier has a spinal cord injury and uses a wheelchair. She stated that she has always fought for and represented the disabled community as a citizen, mother, and elected official. She has a master’s degree in business administration from the University of San Francisco. She has long been an ally to the LGBTQ community and we recommend her for the BOE position.