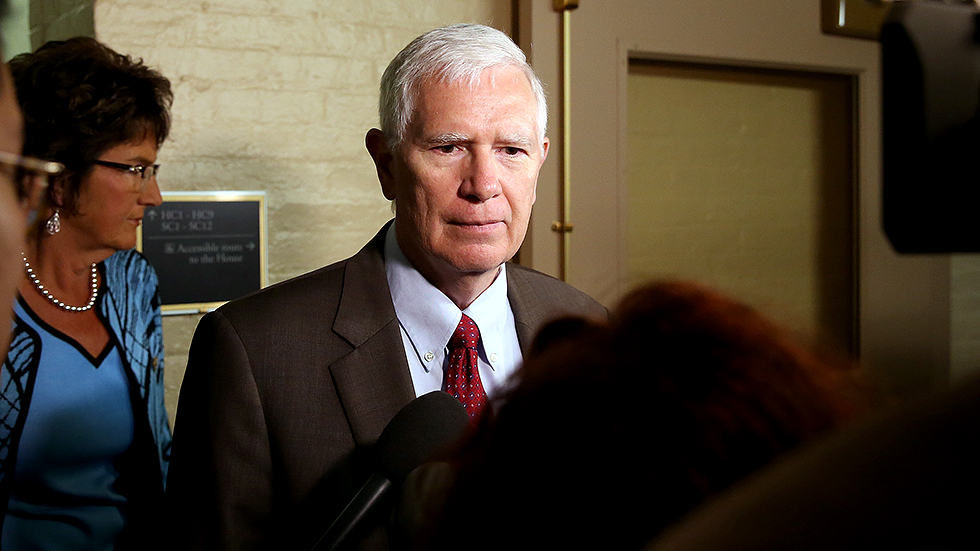 Rep. Mo Brooks’s (R-Ala.) Senate campaign is out with a new ad on Wednesday touting his endorsement from the National Rifle Association (NRA), weeks ahead of the state’s May 24 Senate Republican primary.

The ad, which was first reported by Politico Playbook, references the Republican baseball practice shooting in 2017 that left multiple people, including House Minority Whip Steve Scalise (R-La.), injured. Brooks was one of two dozen GOP lawmakers present at the time of the shooting.

“June 14, 2017: Leftist gunman opens fire on Republican Congressmen,” reads text set over a backdrop of audio from the incident in the 30-second ad.

“Police find Mo Brooks’ name at the top of the gunman’s kill list. Liberal Media immediately asks Mo Brooks if he still supports the right to bear arms,” the ad continues, before cutting to a clip of a journalist asking him about whether the incident changed his views on guns in the United States.

Brooks responds with a defense of gun ownership in the clip, while a banner running underneath his response touts his NRA endorsement.

“The Second Amendment right to bear arms is to help ensure that we always have a republic. So no, I’m not changing my position on any of the rights that we enjoy as Americans,” he says in the clip.

The Alabama Republican added in a statement regarding the new ad, “I will never stop defending ANY of the rights we enjoy as Americans.”

Brooks previously used audio from the shooting in an ad during an unsuccessful run for Senate in 2017.

The new ad comes just weeks before primary voters in Alabama head to the polls. Brooks lost his endorsement from former President Trump in March, with Trump accusing him of being “woke” and disloyal to him after Brooks suggested that people move on from the 2020 election, which the former president has claimed, without evidence, was subject to fraud.


Jayapal: Conservative justices ‘lied under oath’ about views on Roe

Brooks hit back at the former president, alleging that Trump had asked him to help overturn the 2020 election.

That comment was noted by the House select panel investigating the Jan. 6, 2021, riot at the Capitol, and this week the committee asked Brooks and two others to sit down for voluntary testimony.

(Video) Iran: The impasse before Khamenei and his “Raisi project”
A momentous day for gun laws in the U.S.
NRA opposes bipartisan Senate gun safety bill
Mike Pence and Liz Cheney Are Not Heroes
Supreme Court says Americans have the right to carry guns in public