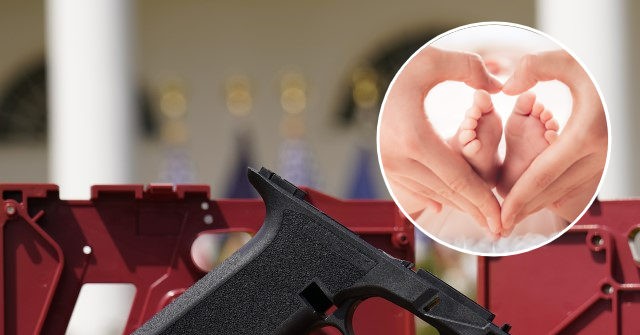 California State Sen. Robert Hertzberg (D) is pushing legislation to allow civil suits to be filed against manufacturers of precursor parts for firearms until the Texas heartbeat bill is overturned.

Such parts are contained in or associated with 80 percent firearm kits, and such kits are used by hobbyists to build firearms at home.

Create a private right of action for any person against any person who, within this state, manufactures or causes to be manufactured, distributes, transports, or imports into the state, or causes to be distributed or transported or imported into the state, keeps for sale or offers or exposes for sale, or gives or lends any firearm lacking a serial number required by law, assault weapon, .50 BMG rifle, or firearm precursor part, subject to certain exceptions, as specified.

“Firearm precursor part” means a component of a firearm that is necessary to build or assemble a firearm and is described in either of the following categories:

(B) An unfinished handgun frame.

Near the end of SB 1327 the text makes clear that the bill or at least a portion of the bill shall done away with if Texas abortion law changes.

The Texan reports that Senate Bill 8, the Texas Heartbeat Act, bans abortions after cardiac activity can be detected and went into effect last September, though it contains a unique provision that allows enforcement through private lawsuits but does not permit state officials to enforce the ban.

In California, Hertzberg’s SB 1327 says, “This chapter shall become inoperative upon invalidation of Subchapter H (commencing with Section 171.201) of Chapter 171 of the Texas Health and Safety Code in its entirety by a final decision of the United States Supreme Court or Texas Supreme Court, and is repealed on January 1 of the following year.”

The NRA-ILA observed, “[SB 1327] is aimed at using the gun issue as a political football, making clear that the legislation would become inoperative should the U.S. Supreme Court overturn Texas’s recently passed abortion law or if that law is repealed by the Texas Legislature.”