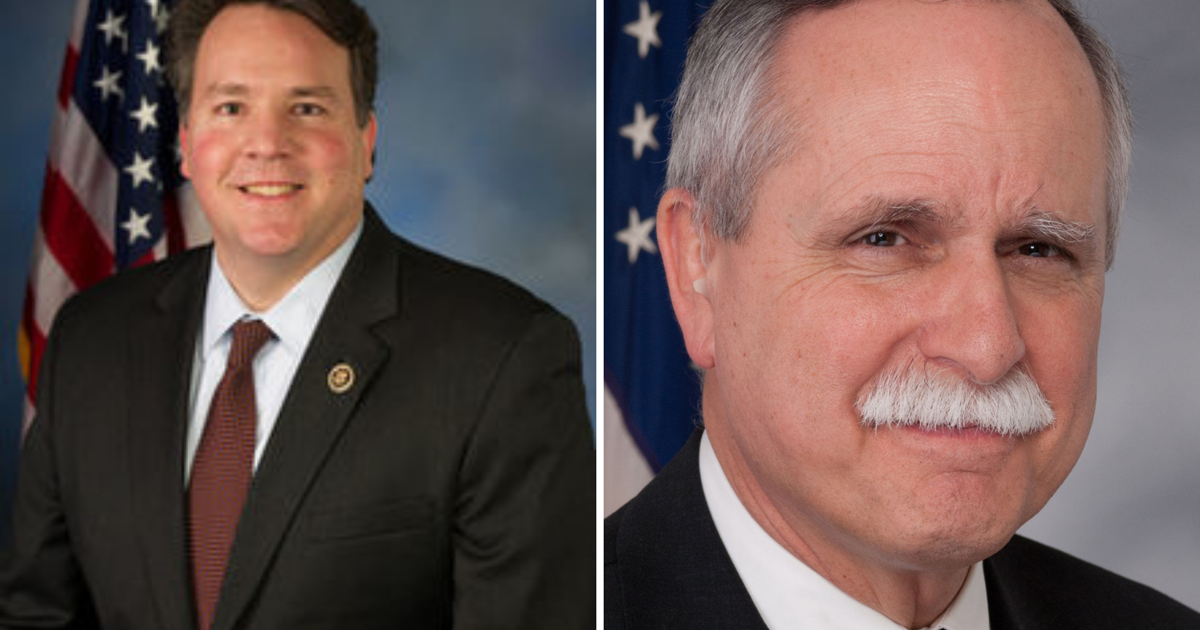 The campaign for U.S. Rep. Alex Mooney still has more cash on hand than that of fellow incumbent Republican David McKinley entering the final stretch of a primary race to represent the new 2nd Congressional District.

But McKinley outraised Mooney in the first three months of 2022, according to quarterly campaign finance reports filed Friday.

The election pits the two incumbents against each other for the new district formed after West Virginia lost one of its House seats following the 2020 census. There also are three challengers on the ballot — Susan Buchser-Lochocki of Morgantown, Rhonda Hercules of Wheeling and Mike Seckman of West Union.

Mooney, 50, of Charles Town, the subject of two inquiries from federal ethics investigators in recent months, ended the first quarter of 2022 with $1,409,661 on hand for his campaign committee.

That would be a violation of federal law.

The committee announced that it was continuing its review of Mooney on that matter, which prompted the first referral.

Then, in February, the committee made public a review of Mooney regarding another matter sent by the Office of Congressional Ethics in December. The committee has not specified the issue and said it would announce a course of action on the matter by May 23.

The Office of Congressional Ethics investigates allegations of misconduct regarding House members and then makes referrals to the Ethics Committee if it determines allegations merit further scrutiny.

Mooney got permission from the Ethics Committee in December to set up a legal expense fund under House rules that allow members to recoup legal expenses incurred in their candidacy, official duties or criminal prosecution.

Mooney’s campaign spent $72,406 on legal services from January through March, $66,979 of which went to Washington-based law firm Wiley Rein LLP in February.

More than a fourth of all spending that Mooney for Congress 2022 reported for the final three months of 2021, or $106,362, was paid to Wiley Rein in October for legal services.

Mooney’s campaign has not responded to requests for comment on the nature of legal services rendered.

Also supporting the McKinley campaign was the political action committee for the U.S. Chamber of Commerce ($2,500).

Mooney’s campaign failed to disclose underlying transactions for at least $40,115 of campaign spending since 2017, according to last year’s report, which noted evidence giving “reason to believe” that failure concealed thousands of dollars in personal use.

The office said it found other local, small-dollar meal expenses obscured by deficient campaign finance reporting. The office cited 45 un-itemized lump-sum reimbursements totaling $22,865 from the campaign to Mooney from January 2017 to December 2020.

Recent Mooney campaign finance reports, including the latest filing, have not listed small-dollar meal expenditures near his home.

McKinley’s campaign committee, McKinley for Congress, paid $915,437 to Ohio-based Strategic Media Placement Inc., for media buys, and $25,500 to Tennessee-based Acquire Digital, for digital consulting in the first three months of 2022.

McKinley’s campaign has $815,000 in debt and owed obligations after McKinley lent $500,000 to the campaign in December.

Buchser-Lochocki’s campaign raised and spent $3,935 in the first three months of 2022, operating self-funded and ending the reporting period with no cash on hand.

The Federal Election Commission reports did not show filings for the latest reporting period for the campaigns for Hercules, operations secretary for Ohio County Schools, or Seckman, a heating, ventilation and air-conditioning technician.

ZEV Technologies Continues Support for FPC with Campaign to fight Washington State Standard Capacity Magazine Ban
The Deal With Reloading Data
Hochul cruises to victory in Democratic primary, will face Zeldin in November
How the Senate broke through 30 years of gridlock to reform gun laws
‘There’s Just No Way!’: Sunny Hostin Claims It’s Not Possible To Be Pro-Life And Pro-Gun