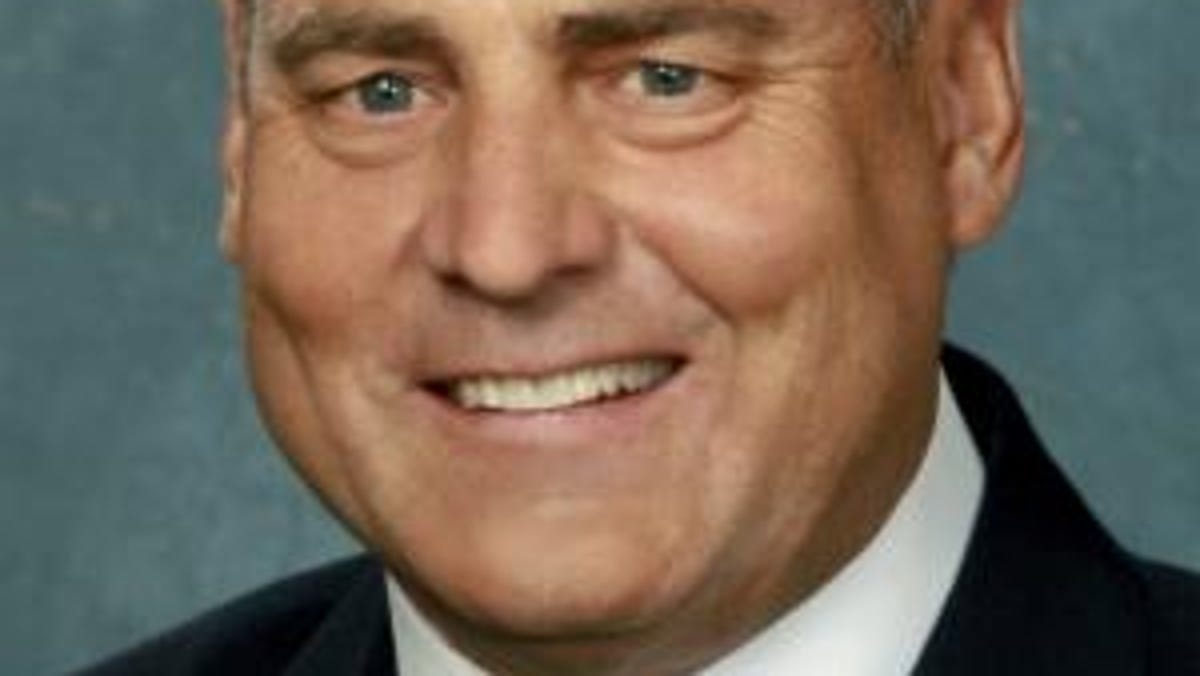 Flint — Genesee County Clerk John Gleason was arrested and arraigned Friday on charges of witness bribing, intimidating or interfering and public officer–willful neglect of duty in relation to an investigation into a 2019 marriage officiated by the clerk.

Gleason is alleged to have officiated a marriage outside the county without the necessary legal documentation and then alleged to have sought to influence county clerk’s office employees in relation to the marriage and the more than year-long investigation, according to court filings.

Specifically, Tuscola County Prosecutor Mark Reene said in a court filing that after the officiation of the marriage, Gleason attempted to have members of his office “backdate records in accord with his prior actions that were violative of several legal requirements.”

Then, when Gleason became aware of an investigation into the marriage, “he directed that an employee of the clerk’s office meet with him in his office to resolve the prior marriage issue and accused her of misconduct,” according to the court document filed ahead of the judge’s consideration of Gleason’s bond.

While the case was pending, Gleason also contacted a county commissioner without her consent by “appearing uninvited at her residence,” the filing said.

“The defendant’s behavior appears to be growing increasingly erratic,” and his conduct toward employees “shocks the conscience,” the filing said.

Reene, who is handling the case as a special prosecutor appointed by Michigan Attorney General Dana Nessel, said the investigation began in 2020 and Gleason’s charges relate to conduct through March 2022. Reene added that the charges are not in connection with the marriage but rather in relation with the investigation afterward.

Gleason, a former state representative and state senator, did not immediately return a call seeking comment. He has served as county clerk since 2012.

His lawyer, John Dakmak, said in a Friday statement that he and his client had been in contact with Reene “for the better part of two years” while the investigation moved forward.

“As a lifelong public servant for this community, Mr. Gleason is deeply saddened by the decision of the specially assigned prosecutor to charge him with these crimes,” Dakmak said. “He looks forward to defending himself at the upcoming hearings.”

Gleason was arrested Friday on the second floor of Genesee County Courthouse, Genesee County Sheriff Chris Swanson said. County officials are exploring how to handle upcoming elections, now that both the county clerk and the deputy clerk are charged with crimes.

The witness interference charge bribery charge is a felony, while the misconduct count is a misdemeanor.

Gleason was arraigned Friday afternoon before District Judge Vikki Bayeh-Haley, who set $5,000 personal recognizance bonds for each of the two charges.

Michigan Secretary of State Jocelyn Benson’s office said Friday that Department of State officials would “review the specifics of the charges and allegations” before making further comment.

“But in the interim, voters can be confident we will continue to ensure all citizens in Michigan have fair and accurate elections,” said Tracy Wimmer, a spokeswoman for Benson’s office.

Reene was assigned the case after the Genesee County prosecutor’s office recused itself because of Gleason’s role as clerk for the courts, said John Potbury, a spokesman for Genesee County Prosecutor David Leyton.

“Prosecutor Leyton is also Genesee County corporation counsel and is called upon from time to time to represent all county departments including the county clerk and register of deeds office,” Potbury said.

Dakmak waived a formal reading of the charges at Friday’s arraignment and said his client would stand mute.

Reene asked that Gleason be ordered to surrender all weapons and submit to drug and alcohol testing while out on bond. Bayeh-Haley declined the requests after Dakmak argued Gleason is an outdoorsman, a hunter and licensed by the National Rifle Association as a youth instructor and has no known drug or alcohol problems.

Gleason’s arrest came a few weeks after Genesee County’s deputy clerk and elections supervisor was charged with two felony counts of election law/ballot tampering and misconduct in office. The charges were related to Kathy Funk’s work during the August 2020 election while she was still serving as the clerk for Flint Township and running for reelection.

The Department of Attorney General alleged Funk “purposely broke a seal on a ballot container so that the votes inside, under Michigan Election Law, could not be counted in an anticipated recount.”

MLive reported the board also asked Benson to handle oversight of local elections until an internal investigation could be completed, a request her office denied, instead saying they would work closely with the county clerk.