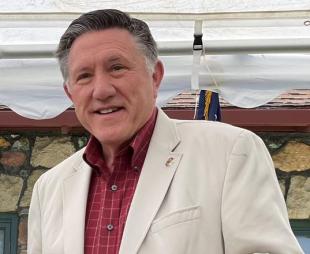 Today, Nevada Assemblyman P.K. O’Neill officially announced that he would seek re-election to his Assembly seat.

O’Neill, a Republican who has served two previous terms, will now seek his third and has been formally endorsed by the Republican Assembly Caucus.

“It’s been one of my life’s greatest honors to serve in the Nevada Assembly and I’m looking forward to serving again” O’Neill said. “We’ve done some great things during my time in the legislature, but I feel there is a lot more work that needs to be done. Our state has been

through a lot these past few years and I am dedicated to seeing Nevada not just persevere through it but thrive moving forward.”

O’Neill was first elected to the Nevada Assembly in 2014 and served during the 78th session. During that session he was able to get five of his bills signed and passed into law, including enhancements for crimes against the elderly, decreasing the cost of public-school construction, and allowing law enforcement to use improved technology.

In 2020 O’Neill ran and was elected a second time to the Assembly where he became a founding member of the Nevada Legislative Freedom Caucus.

P.K. was proud to be ranked as one of the Nevada Policy Research Institute’s Top Ten Conservative legislators and earned a 94.01 percent rating.

He also garnered the support of top conservative groups like National Rifle Association, the Nevada Firearms Coalition, Power2Parent, and The Liberty PAC.

“The one thing I’ve heard loud and clear from my constituents is that they have been taxed enough,” said O’Neill. “We need better solutions rather than increased taxation. What is needed is to take a deeper look into spending. I’m dedicated to voting against any tax increases until we learn how to efficiently use the money we already have.”

Prior to entering politics, PK had retired as a Division Chief at the Nevada Department of Public Safety after a long and diverse career in law enforcement. He also served on the Nevada Commission on Ethics and currently serves on the Board of Trustees for Carson Tahoe Health Systems.

He is a Former Chairman of the Salvation Army of Carson City and Douglas County Advisory Board. P.K. has been married to Nancy O’Neill for over 20 years, a retired social worker with the Division of Child and Family Services.

They are empty-nesters with four adult children and six grandchildren.

Together they enjoy traveling to visit with their children, touring the country and volunteering with their Church and social organizations.