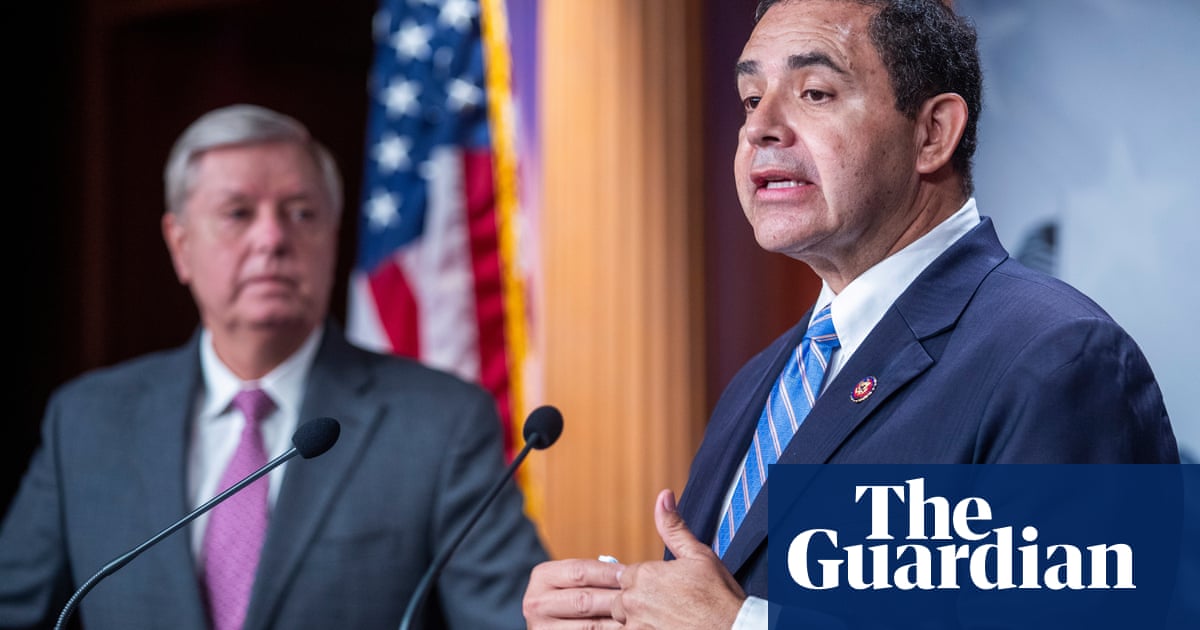 Few people outside of south Texas, and even fewer outside the state, have heard of US representative Henry Cuellar, though he is one of the state’s most fascinating elected officials. But now the nation may know him as yet another member of Congress tied to a federal investigation. A recent FBI raid at this nine-term Democratic congressman’s home and campaign headquarters in Laredo, on the US-Mexico border, has potentially significant implications for Washington politics: it deals another blow to the art of compromise, a once-essential legislative tool, and one that Cuellar has mastered in his long political career.

The FBI raid on January 19 is part of an investigation of several people with ties to the former Soviet nation of Azerbaijan. I have no direct knowledge of the nature of the federal investigation – and Cuellar has not been charged with anything – but allowing an FBI raid weeks before his hotly contested 1 March primary suggests the highest levels of the justice department signed off on this action.

Although he calls himself a moderate, Cuellar is a conservative Democrat who reflects a different era of Texas and US politics. Many progressive Democrats in Texas and beyond view that as seditious to the party, prompting a national progressive Democratic effort to purge him from office. This includes support from Bernie Sanders and Elizabeth Warren, as well as Alexandria Ocasio-Cortez, all of whom have endorsed Cuellar’s two-time challenger, Jessica Cisneros, who once interned for him.

Cisneros, who came within four points of defeating Cuellar in 2020, has seen her fortunes dramatically increase this year thanks to the FBI. But there is concern that she might be too progressive for this border district, and a primary victory by her could bolster the chances of Republicans capturing that seat.

I first met Cuellar in the 1990s when he had served in the Texas House of Representatives for nearly a decade. As the eldest of eight children to migrant farmworker parents, Cuellar pursued post-secondary education with vigour and has more degrees than most members of Congress. He earned an associate degree from Laredo Community College and then went to Georgetown University in Washington, DC for a bachelor’s degree before returning to Texas to get a master’s degree at Texas A&M International University in Laredo. He then secured a doctorate and law degree from the University of Texas at Austin. Along the way, he also secured a black belt in karate.

Always gregarious and down-to-earth friendly, Cuellar had already developed the politician’s veneer and seemed to be running for office even while in law school, a classmate of his once told me.

Few people know that one of the first major political forces in Texas to publicly call on then governor George W Bush to run for president was the powerful Democratic lieutenant governor Bob Bullock. Cuellar was in the state’s lower chamber when Bullock, the head of the upper chamber, made that endorsement. And Cuellar seems to have learned what made Bullock so effective and powerful as a statewide elected official – bipartisanship. When Bush finally won the White House and stepped down as Texas governor, Republican Rick Perry, who succeeded Bullock, was elevated to the state’s top office and appointed Cuellar secretary of state, the most visible appointment a Texas governor can make. It showed a spirit of bipartisanship that Texas lawmakers then boasted about in contrast to the bitter partisan divisions that had already beset Washington.

But it also put a pall on Cuellar in the eyes of Democrats, many of whom lost trust in him. That sense of betrayal dissipated as Cuellar left state politics and won a seat in Congress in 2004 by a 58-vote margin against former friend and incumbent representative Ciro Rodriguez.

In his 17 years in Congress, Cuellar has developed a reputation as either a politician who is wily enough to reach across the aisle or a vendido, Spanish for sellout. He has received several A grades from the National Rifle Association and opposes abortion rights.

From my vantage point, his willingness to play well with Republicans and his ability to compromise has made Cuellar arguably the most effective and powerful of the 13 Texas Democrats in Congress.

Nothing is more emblematic of the duelling opinions about Cuellar than the congressional battle over funding Trump’s border wall. As a member of the House appropriations committee and its subcommittee on homeland security, Cuellar was in the thick of the fight over border wall funding during the Trump administration. His congressional district is huge, extending from Laredo north-east to San Antonio and south to Mission in the Rio Grande Valley, where early plans for the border wall raised a lot of concerns.

As the only member of Congress on the border to be part of a negotiating team to fund the wall, Cuellar was able to carve out significant exceptions to where the wall could be built. This included La Lomita Mission, located on the banks of the Rio Grande, which is the namesake for the city of Mission; the Santa Ana national wildlife refuge, which sits at the juncture of two major bird migratory routes and is the home of more than 400 bird species; the National Butterfly Centre, a 100-acre preserve; and even the launchpad for Elon Musk’s SpaceX – all of which were threatened by construction of a wall and adjacent security zone for US Border Patrol agents to drive.

Then to the consternation of those who opposed the wall, Cuellar voted twice to fund construction for nearly 100 miles of wall in south Texas, the second vote helping to avert a government shutdown. Debate continues over whether Cuellar was able to save some of the most environmentally and historically sensitive property in south Texas or whether he sold out his constituents.

His actions suggest he was acceding to political compromise, a traditional mainstay of the legislative process that is becoming more of a liability in our take-no-prisoners political landscape. The actions of the FBI, just weeks before the 14 February start of early voting in the Texas primary elections, suggest Cuellar’s political sacrifice is the new cost of business in Washington.

Carlos Sanchez is director of public affairs for Hidalgo county, Texas. He was a journalist for 37 years and has worked at the Washington Post and Texas Monthly magazine, as well as eight other newsrooms. He can be reached at borderscribe@gmail.com