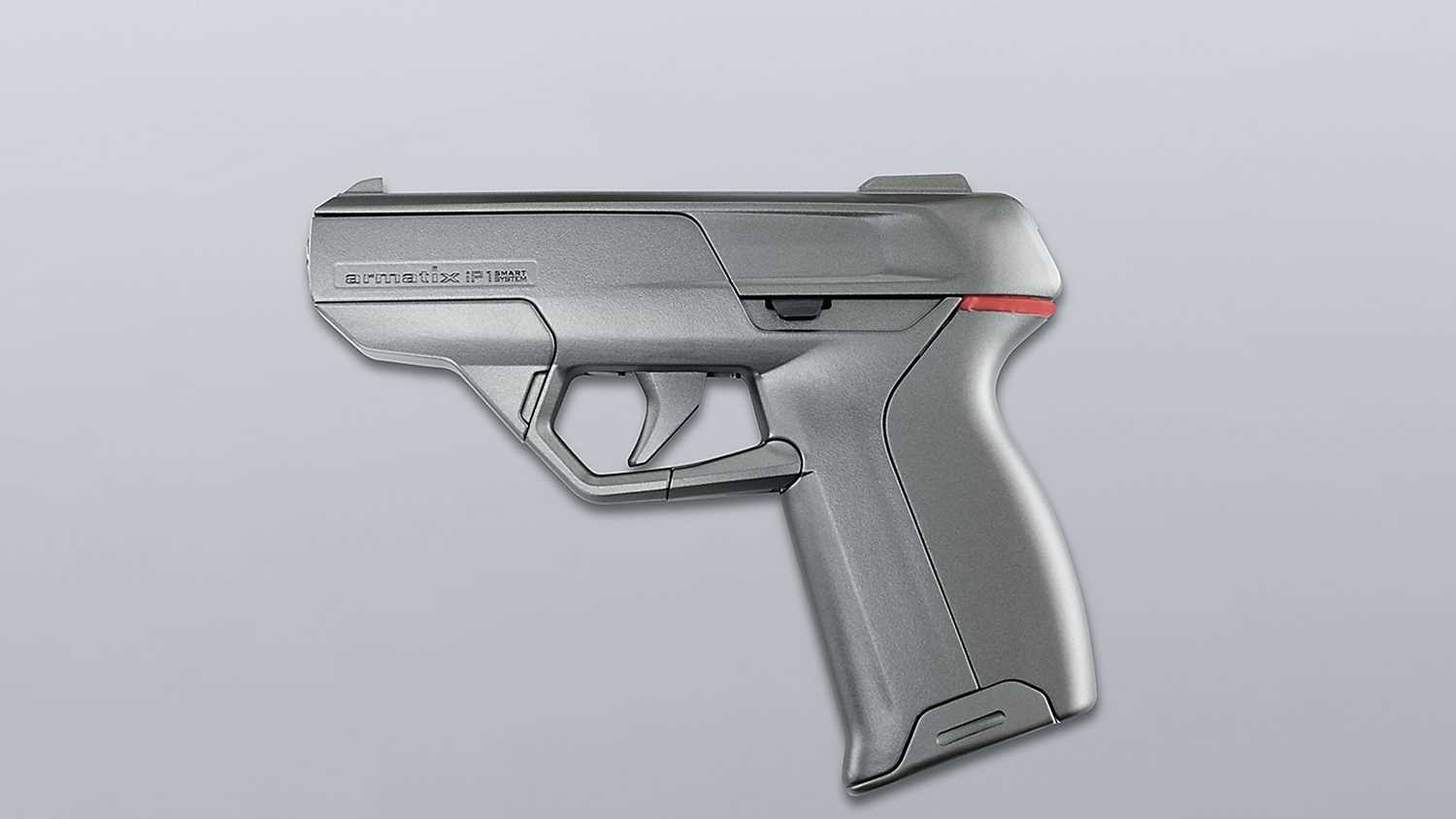 One of the cornerstones of Joe Biden’s gun control vision for America is to “[p]ut America on the path to ensuring that 100% of firearms sold … are smart guns” because, according to him, “[t]oday, we have the technology to allow only authorized users to fire a gun.”

True to form, on the campaign trail Biden had presented this commitment in a wildly exaggerated way: “If I get elected president of the United States of America with your help, if that happens, guns, we have the capacity now in a James Bond-style to make sure no one can pull a trigger unless their DNA and fingerprint is on it. We have that capacity to do it now. You know it.”

At the time Biden was assuring voters that firearms equipped with personalized DNA recognition were completely feasible, it was obvious that not only was such technology a figment of his fuzzy thinking but that actual “smart gun” technology was (as NRA testers discovered) “disappointing at best, and alarming at worst.”

The NRA conducted real-world testing of the Armatix iP1, a “smart gun” that depended on a radio-frequency identification (RFID) chip in a matching, battery-powered wristwatch. Once activated, the watch “unlocked” the gun provided the gun remained within a 10-inch range.

Contrary to the assertion of the gun’s designer that “it’s operating perfectly,” the NRA testers flagged a number of serious problems and design flaws, including a 12-second wait time before the gun would fire, even after set-up. Other issues related to the gun’s “kill switch” functionality, and how easily the RFID connection could be hacked or disabled.

The answer to the latter was provided courtesy of “Plore,” a hacker who demonstrated (video here) that the security features could be circumvented entirely:

[H]e can extend the range of the watch’s radio signal, allowing anyone to fire the gun when it’s more than ten feet away. He can jam the gun’s radio signals to prevent its owner from firing it – even when the watch is inches away and connected. And most disturbingly, he can mechanically disable the gun’s locking mechanism by placing some cheap magnets alongside its barrel, firing the gun at will even when the watch is completely absent.

This year, a different model of “smart gun” made its debut. The LodeStar Works LS9, a 9mm pistol, apparently also uses RFID as its “basic authentication technology” but “will offer several if not all authentication technologies at the option of the consumer.” The manufacturer advises that the gun is “Bluetooth enabled for optional smartphone activation [and] data collection.” In a section on the “downside risk to public safety as a result of Personalized Firearms,” the website claims that, although some in the “gun owning community worry about the reliability of a personalized gun when it is needed for self defense,” the “LS9 will be proven to be as – if not more – reliable than its mechanical counterparts.”

A Reuters reporter describing the LS9 indicates that the gun uses “both a fingerprint reader and a near-field communication chip activated by a phone app, plus a PIN pad.” In case the fingerprint scanner on the grip fails (“when wet or in other adverse conditions”), the PIN pad backup would activate the gun “as quickly as users can open the app on their phones.” According to the reporter, in a live-fire demonstration of a third-generation prototype, the gun was fired “in its different settings without issue.” However, a video of the event posted by a different reporter seems to show that the gun failed to fire the second of just two intended shots.

Even if it is possible to overcome fundamental performance and security issues (after all, criminals and spyware hack into computer systems and smartphones), gun owners will continue to have legitimate concerns about firearms that collect data, can be GPS-tracked or deactivated remotely, or that, by legislative mandate, will phase out access to traditional, mechanical firearms.

A 2016 report on smart guns from the Departments of Justice, Homeland Security, and Defense, touched on “electronic recovery technology,” being “real-time data collection” on the location and use of law enforcement firearms. This relies on an embedded computer chip that doesn’t affect the mechanical functioning of the firearm, but transmits information about location and use (like a lost or stolen gun) or to “collect additional information about the gun’s use.”

Fears over government mandates are hardly unjustified, either. In 2002, New Jersey passed a law, N.J. Stat. Ann. § 2C:58–2.5, directing that three years after the state’s Attorney General determined that smart guns (“personalized handguns”) were available for retail purposes anywhere in the country, New Jersey firearm dealers would generally be prohibited from selling (or even possessing with the intent to sell) any handgun, unless it was a “personalized handgun” or an antique. Ultimately, the law was repealed and replaced with a new requirement that compels retail dealers to offer for sale at least one “personalized handgun” approved by the state Personalized Handgun Authorization Commission, with failures to comply punishable by fines and license suspension.

To date, no handguns have been approved by the commission, although last year, New Jersey Governor Phil Murphy announced his commission appointments. In an indication of which way the wind blows, one of his four appointees (the “leaders in their fields”) is the government affairs director at anti-gun group Giffords.

Besides questionable claims on the state of smart gun technology, Biden’s campaign website suggests that what stands in the way of his “build back better” gun program is that “right now the NRA and gun manufacturers are bullying firearms dealers who try to sell these guns.” The NRA has never opposed smart guns, believing that the rules of the marketplace should govern – what the NRA does oppose is high-handed government mandates of expensive, unproven technology.

Rather than point to the NRA and gun manufacturers (who make such guns), simple common sense explains that consumers won’t buy products that don’t work. If anything, “bullying” more appropriately describes government actions and laws to foist a “smart-guns-only” imperative on unwilling dealers and a skeptical public, regardless of well-founded concerns over performance, price and privacy.