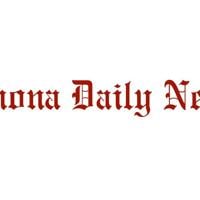 MADISON, Wis. (AP) — The state Assembly is set to vote on a package of Republican-authored bills Thursday that would dramatically expand gun rights in Wisconsin.

Assembly approval would send the proposals to the Senate. But the bills almost certainly will meet with Democratic Gov. Tony Evers’ veto pen if they reach his desk. Evers called a special legislative session on gun control in 2019 only to see Republicans gavel in and gavel out within seconds. Meanwhile, gun violence continues to increase; more than 1,400 people have been injured in nonfatal shootings in Milwaukee since January 2020, according to the Milwaukee Homicide Review Commission.

But Republican legislators face reelection in 10 months and are looking for ways to please their base supporters and give themselves talking points on the campaign trial. Voting on gun rights delivers on both counts regardless of if the bills become law.

The bills’ supporters have long argued that under current law gun owners who forget their weapons in their cars could be charged with a felony if they drive onto school grounds to drop off or pick up their children.

They also contend that 18 year-olds can legally possess handguns so they should be allowed to carry concealed and churchgoers should be allowed to go armed so they can defend themselves if they’re attacked during services. As for out-of-state concealed carry licenses, they say current law is confusing and requires people to navigate a maze of red tape.

Copyright 2022 The Associated Press. All rights reserved. This material may not be published, broadcast, rewritten or redistributed without permission.