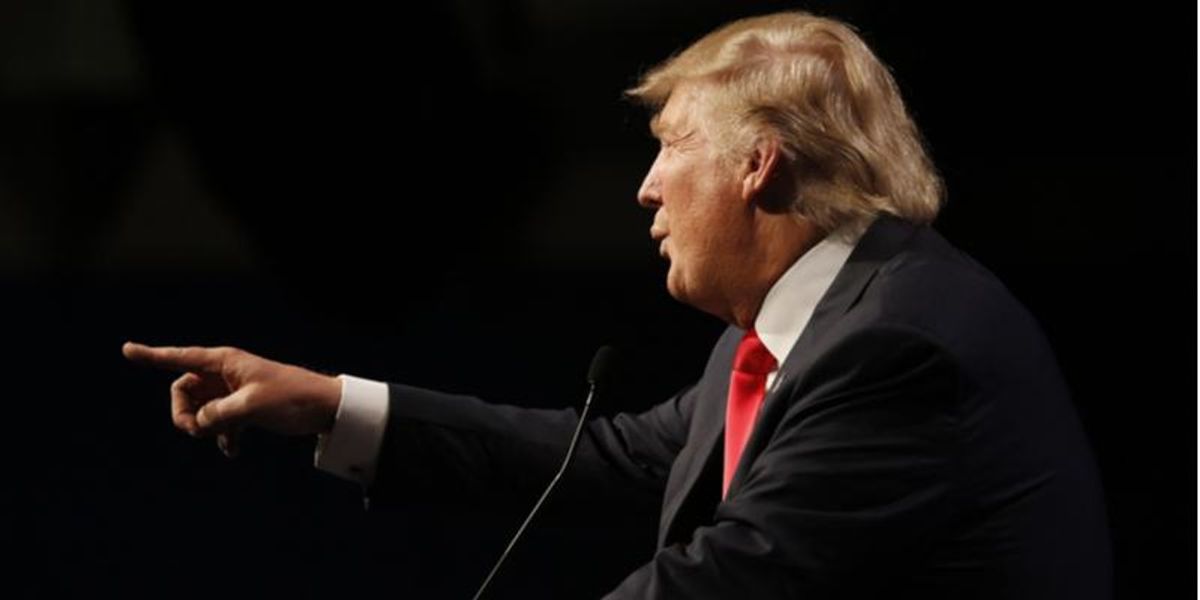 A longtime Chick-fil-A executive ensured Russian official Alexander Torshin got onto the guestlist for the event. He also helped Butina get in.

“Internal documents of the Fellowship Foundation suggest that The Family’s role was largely unscrutinized at the time and greater than has been previously reported,” said TYT. The post noted that The Family and the Fellowship Foundation are notoriously homophobic and transphobic. Their anti-LGBTQ philosophy works well with Chick-fil-A, which has continued to fund anti-LGBTQ causes.

“One of Butina’s contacts in Washington was identified in a 2019 Senate Finance Committee minority report as Tim Burchfield of Tennessee,” said the piece. “But the report didn’t disclose that Burchfield was a longtime Family insider. It also didn’t mention that Burchfield was an executive at Chick-fil-A, a company known for pushing Biblical values, including opposition to LGBTQ rights.”

Burchfield’s involvement hasn’t been reported in the past and the role of The Family in Butina’s entry to the world of Republican politics has only been uncovered recently.

Torshin first reached out to the NRA in 2011, the New York Times reported. It was the same year he met Butina.

“In an unpublished 2019 interview, a spokesperson for the Russian Evangelical Alliance told TYT, ‘Torshin, you know, has had the U.S. contact for 25 years probably. I never knew about the gun connection.’ The spokesperson, William Yoder, had written in 2013 that even then Torshin was already considered ‘a perennial‘ at the prayer breakfasts in both Washington and Moscow.”

“Butina was not given any invitations to the prayer breakfast,” said a source in The Family. “Torshin was and Butina was basically his administrative assistant.” He was also the main contact in Russia for The Family’s Russia liaison Doug Burleigh.

TYT spoke to former CIA Russian operations chief Steve Hall, who explained that the two groups have a lot of common values. He told TYT, “that’s a natural point where a Russian can come in and say, ‘Oh, yeah, we feel your pain, America. We feel your pain, religious person in America, right-wing person in America, because, y’know, society is just all screwed up and we have all these gay people running around.'”

The Family’s Russia point people in 2016 to the National Prayer Breakfast were evangelical conservatives, said the report.

Torshin didn’t speak English, but Burleigh speaks fluent Russia and Butina speaks English as well. Burleigh has gone back and forth between Russia and the US for years in his position for The Family. He handed Torshin and Butina the 10 tickets to see newly elected President Donald Trump at his first National Prayer Breakfast.

The Family’s documents even show that Butina’s country of origin was Russia and used a South Dakota mailing address associated with Paul Erickson, who Butina ultimately used.

The Democratic Senate Finance minority report cites Chick-fil-A executive Burchfield, though it focuses exclusively on the NRA, and nothing was filed citing the links between The Family or the National Prayer Breakfast even though there are long-standing ties that surpass the NRA.

TYT reported last week that Burchfield has been part of The Family for a long time.

“The controversial fast-food company confirmed to TYT what the internal documents show: Burchfield’s role as The Family’s coordinator for Tennessee,” the report said. “But congressional disclosure forms show Burchfield has also been part of Family-sponsored trips by Family allies in Congress.”

All of his guests lean Republican, some are affiliated with anti-LGBTQ groups, and others support Trump’s false claim that the 2020 election was stolen.

In 2016, while Erickson got the tickets for Butina, he wasn’t there to escort her. So, NRA millionaire Joe Gregory asked Burchfield, a fellow Tennessean.

“Tim Burchfield, As you know, I have told you that two of my new good friends from Russia will be attending the National Prayer Breakfast this year & they are very excited about it,” the email says. “They are Mr. Alexander Torshin & Ms. Maria Butina. Their Bio’s [sic] are included with this email & Maria’s email address is included as well. Her cell phone number is [redacted]. At your permission, I have extended an invitation for them to join the East Tennessee contingent for dinner the night before the breakfast (Wednesday evening, 2/3). Tim’s cell phone number is [redacted]. I leave it in your capable hands to inform our Russian guests & arrange places & times for the Wednesday evening dinner & thank you for showing them the same hospitality that Jesus would show & that you have shown to me. I believe they may also be interested in Thursday mid-day & afternoon tour happenings & invitations if they don’t end up going to NRA headquarters. Thanks for your help with this! Best Wishes for another successful Breakfast & send my regards to Doug Coe & family & the Fellowship.”

The Finance Committee report identifies Burchfield as “an associate [of Gregory] from Tennessee,” and completely ignores his decades working with The Family and Chick-fil-A.

Tim Burchfield still owns Chick-fil-A franchises in Tennessee but he was appointed to be the Honorary Consul to Guatemala in June 2018 and still lists it as his current occupation on his LinkedIn page.

The report goes into much greater detail which you can read here.

Solo Overnight Finishing the Cabin In the Swamp During a Rainstorm and Campfire Egg McMuffin
‘The new swamp’: 2,500 miles from Mar-a-Lago, Central Washington primary In Newhouse race tests heft of Trump’s endorsement
Convoy L6 3800 Lumen Flashlight Review
2 Day Overnighter On The Waters Edge With My Son ( Part 1) and Bacon Wrapped Corn
What is the Difference between an LLC and a Corporation