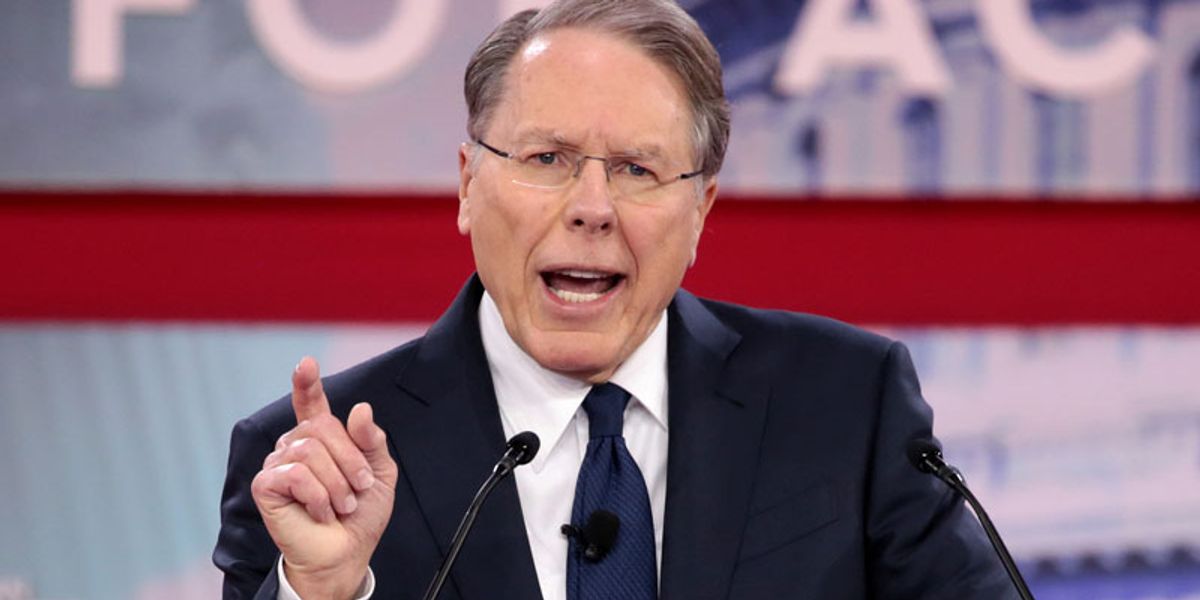 On Tuesday, NPR revealed new tapes of a meeting of National Rifle Association executives in the wake of the 1999 Columbine High School shooting — and their political calculus for surviving public anger and continuing to push pro-gun policies.

“‘Everything we do here has a downside,’ NRA official Kayne Robinson says on the tapes,” reported Tim Mak. “‘Don’t anybody kid yourself about this great macho thing of going down there and showing our chest and showing how damn tough we are. … We are in deep s*** on this deal. … And so anything we do here is going to be a matter of trying to decide the best of a whole bunch of very, very bad choices.'”

“In addition to mapping out their national strategy, NRA leaders can also be heard describing the organization’s more activist members in surprisingly harsh terms, deriding them as ‘hillbillies’ and ‘fruitcakes’ who might go off script after Columbine and embarrass them,” continued the report. “And they dismiss conservative politicians and gun industry representatives as largely inconsequential players, saying they will do whatever the NRA proposes. Members of Congress, one participant says, have asked the NRA to ‘secretly provide them with talking points.'”

The NRA’s fierce resistance to meaningful gun legislation in the wake of the Columbine shooting helped set the stage for their opposition after future gun tragedies, most famously their unified opposition after the 2012 Sandy Hook Elementary shooting that helped sink a bipartisan background check bill written by two senators with lifetime NRA membership.

In recent months, the NRA has faced a number of challenges, including a civil suit from New York seeking to dissolve the organization for allegedly using charitable donations to enrich its executives. The NRA has also sought to declare bankruptcy and reincorporate in Texas, but a federal judge blocked the restructuring, finding it was a ploy to escape litigation.

Shooting the Breeze # 39
When an eminent scholar relies on a straw man 
POLITICO Playbook: The 4 issues shaping the unsettled midterm landscape
Log Crossing Set with a Conibear
Patrick Bertagna, CEO, MetAlert (formerly GTX Corp), discusses the evolution and rebranding of the Company.