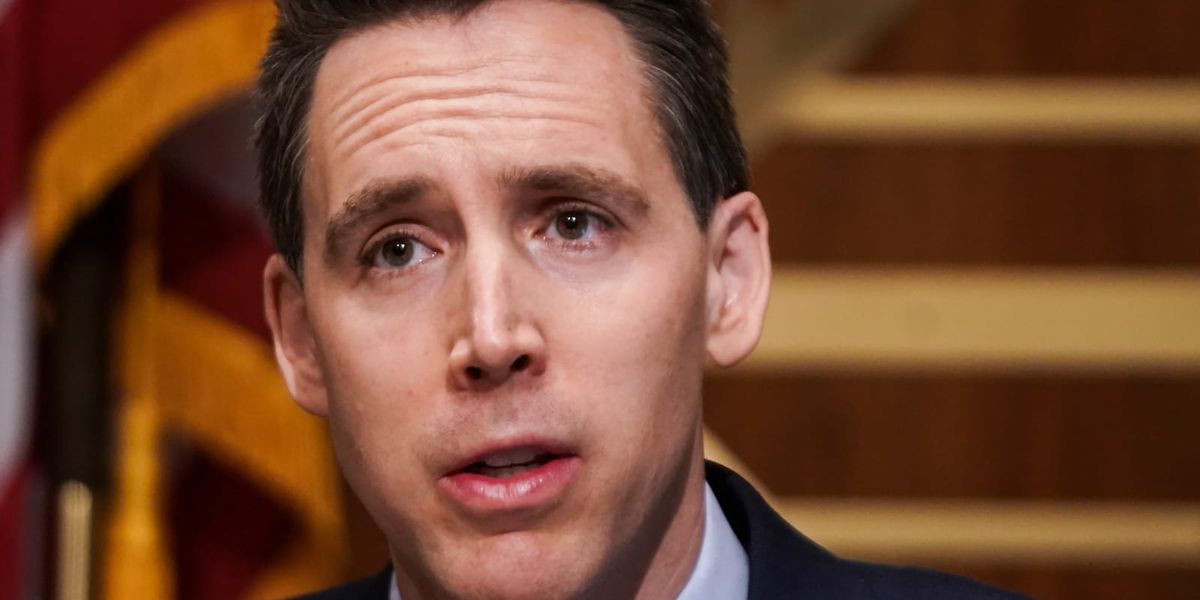 The suit alleges two NRA affiliates made up to $35 million in illegal campaign contributions — in the form of coordinated communications efforts — to the GOP Senate campaigns of Hawley, Rosendale, Thom Tillis of North Carolina, Ron Johnson of Wisconsin, Cory Gardner of Colorado and Tom Cotton of Arkansas, as well as Donald Trump’s 2016 presidential campaign.

It was filed in U.S. District Court for the District of Columbia this week.

The NRA Political Victory Fund, a political action committee, and the NRA Institute for Legislative Action spent millions on supposedly independent political advertising for the six Senate candidates and Trump in the 2014, 2016 and 2018 federal election cycles, according to the suit.

Under a 2010 U.S. Supreme Court decision, outside groups are allowed to spend unlimited amounts on political speech, including advertisements in favor of candidates.

But federal campaign finance rules require such advertisements to be commissioned without coordinating with campaigns. Coordinated messaging counts as an in-kind contribution.

Political action committees are subject to a $5,000 limit per cycle on contributions, including in-kind contributions, to a single candidate. Corporations are not allowed to spend treasury funds for coordinated messaging on behalf of political candidates.

The suit accuses the NRA and the campaigns of using the same political messaging firms to disguise coordinated campaign activity as independent advertising.

The NRA paid Starboard Strategic Inc., a Virginia and Maryland-headquartered company, for advertising in support of the candidates. The candidates paid a company called OnMessage that the suit says is “functionally indistinguishable” from Starboard.

“They are led by the same people and located at the same address, and no internal separation or firewall exists between the staff who work for each entity,” the suit says. “OnMessage has been nominated for, and has accepted, industry awards for [NRA] ads contracted through Starboard.”

The companies, which the suit alleges are actually one firm operating under two names, then coordinated to create and place complementary advertisements—exactly the type of coordination that is not supposed to be allowed between campaigns and outside groups.

“By falsely claiming their advertising spending was independent, however, the NRA affiliates evaded [federal] contribution limits, source prohibitions and disclosure requirements,” the Campaign Legal Center said in a statement.

OnMessage previously drew controversy in Missouri after the Kansas City Star revealed that soon after Hawley was sworn in as state attorney general in 2017, he brought consultants from the firm who would go on to run his Senate campaign into his official office to help direct taxpayer-funded staff.

A report issued by the state auditor’s office in 2020 was unable to say conclusively whether the arrangement violated the law because state business was being conducted using private email and text messages.

During the 2018 campaign, Rosendale seemed to publicly confirm his campaign was coordinating with the NRA, the suit alleges. At a July 18, 2018, fundraiser, Rosendale said the NRA Institute for Legal Affairs political director, Chris Cox, would make expenditures in support of Rosendale, then accurately described the content and the timing of the ads that ran weeks later, according to the suit.

The bulk of the illegal expenditures—$25 million of the $35 million total alleged—went to Trump’s 2016 campaign, according to the suit.

Although the suit only names Hawley and Rosendale, other matters concerning the other candidates named in the suit could be proceeding at the Federal Election Commission, the federal regulator for campaign finance violations. The FEC keeps proceedings secret while they are ongoing.

The suit arose from an administrative proceeding at the FEC that Giffords brought in April 2019, but the commission— long derided as a toothless regulator—took no action.

A September court order gave the agency 30 days to act. If the agency did not act, Giffords would be allowed under that order to bring the matter to civil court. The FEC has not acted since that court order.

Because the original complaint was made in 2019, it did not cover the 2020 elections, when Rosendale, Tillis, Gardner, Cotton and Trump all ran again for federal office.

Representatives for the NRA, Hawley, Rosendale, Tillis, Johnson and Gardner did not respond to messages seeking comment Friday.