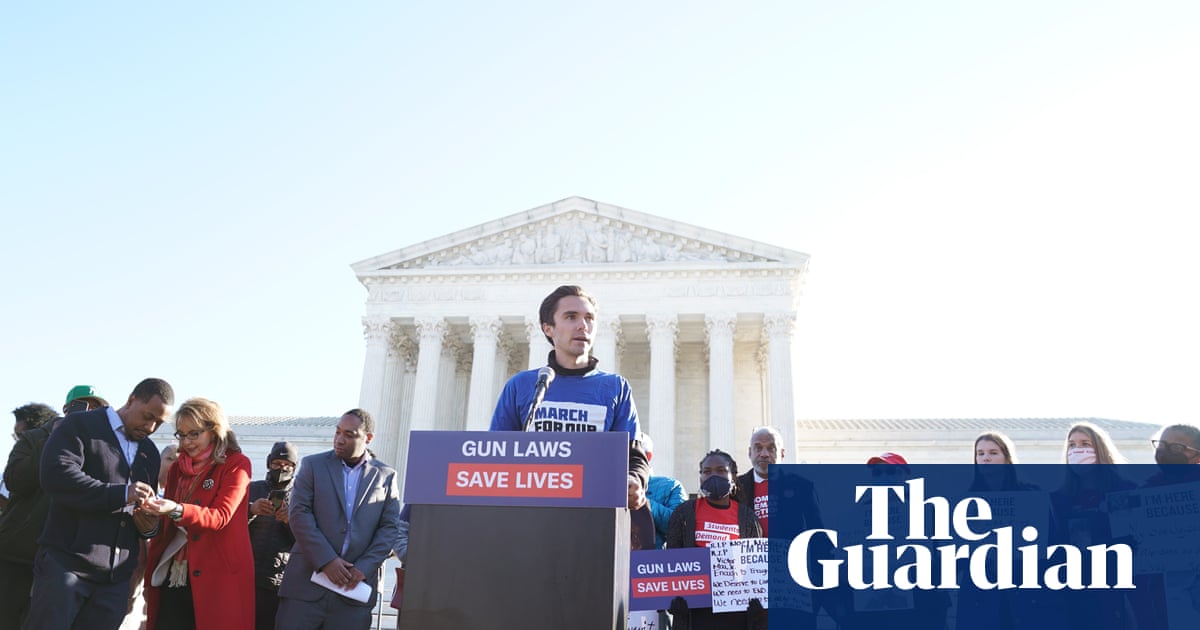 The supreme court appeared poised to ease gun control regulation, after several justices expressed scepticism on Wednesday over a New York law that places restrictions on who can carry concealed firearms.

The case could lead to more guns on the streets of New York and California, and affect restrictions on carrying firearms in airports, bars, churches and schools.

The case centers on a New York law that prohibits people from carrying a concealed handgun in public unless they can demonstrate a need to carry the weapon.

Several members of the conservative-dominated court, including Samuel Alito and the three justices nominated by Donald Trump, appeared to question whether the law was constitutional.

The case, which comes after a spate of mass shootings and a rise in gun violence, has been brought by two private citizens and the New York State Rifle and Pistol Association, an affiliate of the National Rifle Association. The NRA is a gun rights lobbying group that has received tens of millions of dollars in donations from the gun manufacturers.

The NYSRPA argues that the New York law is too restrictive, and that the two citizens had their applications to carry handguns at all times unfairly denied. Should the court decide in the gun organization’s favor, it could dramatically increase the number of people eligible to carry concealed firearms as they go about their daily lives.

Under the New York law, people applying for a licence to carry firearms at all times must prove they have a “special or unique danger to their life”.

Several conservative justices appeared to suggest this part of the law was too far-reaching under the second amendment.

Scotus blog, which reports on supreme court news, quoted Alito, who was nominated to the court by George W Bush in 2005, as asking a lawyer for New York: “All these people with illegal guns – they’re on the subway, they’re walking around the streets. But the ordinary hardworking people, no, they can’t be armed.”

With the supreme court now dominated by conservatives, advocates for stricter gun control will anxiously follow the case, which could have far-reaching implications. California, Hawaii, Maryland, Massachusetts, New Jersey and Rhode Island have laws similar to New York’s legislation.

In most states, gun owners have little difficulty legally carrying their weapons when they go out, but New York, along with the other states, restricts the carrying of concealed guns to those applying for a concealed-carry licence who can demonstrate “proper cause”.

The supreme court last issued major gun rights decisions in 2008 and 2010, verdicts that established a nationwide right to keep a gun at home for self-defense. It is possible laws could be pared back further.

Kavanaugh wrote a dissent in favor of relaxing gun control laws in 2011, when he was a circuit judge in a federal appeals court in Washington DC.

Gun violence rose in 2020 from the previous year, as gun purchases also increased. CNN reported that between 1 January and 15 September this year 14,516 people died from gun violence in the US, a 9% increase on 2020.

During the same period there were 498 mass shootings across the US, an average of about 1.92 per day.

Philadelphia bans guns in city rec spaces; even legal permit holders will have ‘problem with me,’ DA says
Howie Carr: Say what? In Biden’s world, incoherence is the norm
The historical CIA goes on display for 75th anniversary
Letter: Pappas says ‘no’ to assault rifles
Watch: Biden Slips Up and Finally Agrees with Republicans About Necessity of AR-15s