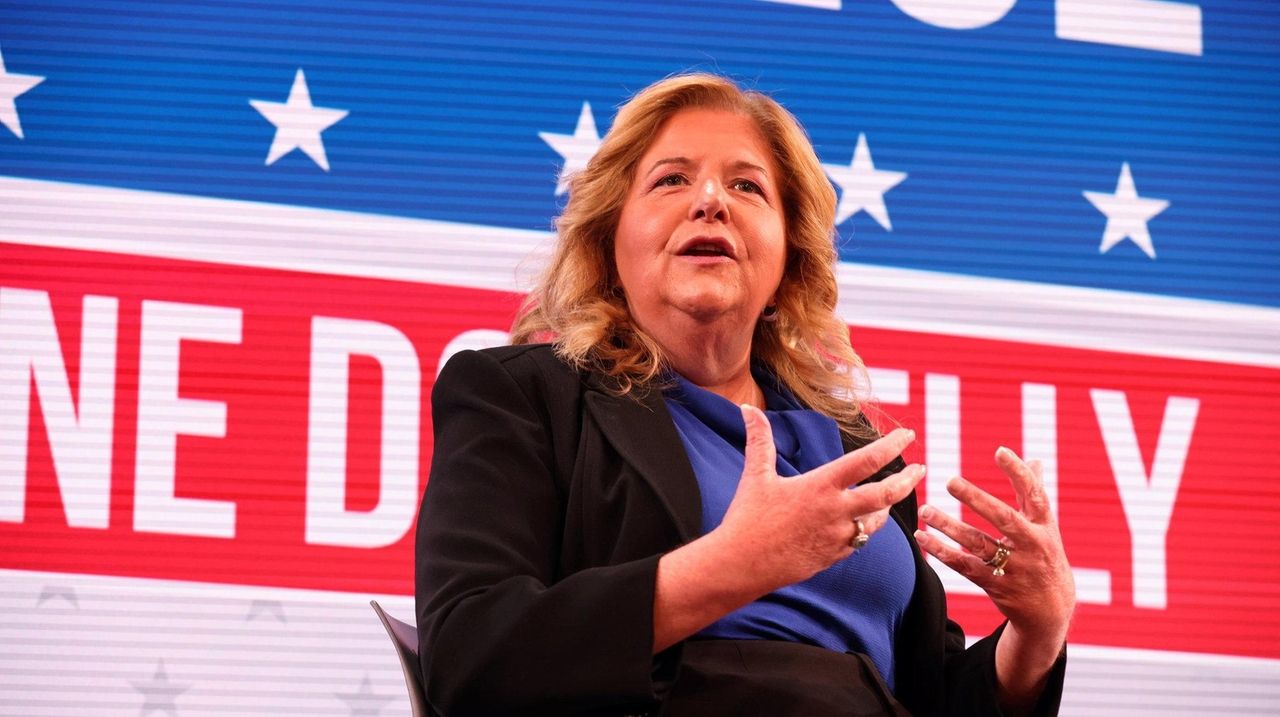 Is it the year of the woman in Nassau?

Hidden in the natural partisanship of elections, is the chance that Nassau County might come out of this election with women, from both parties, winning all county wide offices. This would happen if the victors were Democrat Laura Curran as county executive and Republicans in the other top jobs: Anne Donnelly as district attorney, Elaine Phillips as comptroller, and Maureen O’Connell as clerk.

Nassau had three women in top posts after Curran won in 2017, joining Democrat Madeline Singas who took the district attorney job in 2015 and again in 2019, and O’Connell who first won office in 2006. But there never was a chance of a women-dominated government because both comptroller candidates in 2017 were men. Phillips, a former state senator, makes the sweep possible if she defeats Ryan Cronin.

And in this election, due to the fact that Singas resigned midterm to go on the bench, all four positions are on the ballot at the same time.

A female sweep, however, would depend on Curran’s margin of victory. Although the Democratic incumbent, who is heavily favored, actively campaigned with ticket mate Cronin, he needs to ride her dress tails to win the comptroller race.

With all the talk of the power of independent suburban woman voters, ticket-crossing in Nassau this year might make it a reality.

State and Nassau Democratic chairman Jay Jacobs had this to say on the cusp of Election Day about State Sen. Todd Kaminsky’s hard fight against GOP candidate Anne Donnelly for district attorney:

Be the first to know who they are endorsing this election season.

“I think it will be bumpy but he’ll pull it out” — perhaps a standard statement when a landslide does not appear to be in the offing.

Kaminsky’s own Twitter posting reflected the DA’s race as a prime partisan battleground this year: “Spent my Sunday knocking 138 doors, speaking to 4 congregations, and thanking volunteers with @chuckschumer @KathyHochul @TishJames @NassauExecutive to help get out the vote this Election Day. 48 hours left … let’s go!”

The photo he posted with his message featured those mentioned with Kaminsky speaking at the lectern. County Executive Laura Curran, by contrast, was not seen as facing such a “bumpy” ride against GOP challenger Bruce Blakeman. Appropriately, the snapshot shows Gov. Kathy Hochul on one side and her newly announced rival, Attorney General Tish James, on the other, looking in different directions as Kaminsky addresses the party faithful. For her part, this pro-Donnelly tweet from the Nassau County Republican Committee last week reflected the overall theme of her campaign: “She will work hard to keep Nassau County safe and STOP the revolving door that @toddkaminsky’s ‘cashless bail’ law has put on our courthouses. Please vote for Anne Donnelly for District Attorney.”

At their show of unity over the weekend, leading Democrats didn’t take the occasion to defend positive aspects of bail reform, which Donnelly of course mentioned again in an interview at the polls. She used as a talking point that the race was “not about party, it’s about us.” Kaminsky, in turn, spoke of how his campaign “tried to paint a positive vision” and pledged safety for the county if he won.

By Tuesday, part of the battle was about where Democrats were headed after the polls closed — the Inn at New Hyde Park, which bills itself as a “Long Island landmark.”

As recently as 2019, the Inn hosted National Rifle Association fundraisers, prompting protests that included such elected Democrats as Rep. Tom Suozzi. The NRA apparently hasn’t held an event there in the period since, during which the pandemic has taken hold.

Despite objections, however, Jacobs told The Point that the decision on where to hold the gathering was made with the history of the NRA events in mind. “They let us know they’re not doing business with the NRA anymore,” Jacobs said. “You reward businesses that change their behavior … You don’t blackball somebody forever.”

Jacobs said he raised the same concern when his team suggested the inn as an election night location.

Management at the Inn at New Hyde Park did not return calls on Tuesday.

If there are talking points to be heard outside the county in the coming days, they may be found in the running narrative over Democratic “moderates” versus “progressives.” That’s the statewide lens through which Nassau results may be viewed.

Could county vote totals be Long Island’s next big bet?

With so little fresh data to feed political junkies’ minds until polls close, it’s a good time to check out the political betting pools at PredictIt.

No wagers were offered on Long Island races, but that may change next year, if this year’s offerings are any indication. In addition to betting on Tuesday’s likely winners of the Virginia and New Jersey races, players can also wade in on which gubernatorial candidates will win specific locales where the vote splits fairly evenly. In Virginia, individual bets are available on the winner in Virginia Beach, Chesapeake, Chesterfield and Stafford. In New Jersey, three separate pools exist for who will win the gubernatorial race in Morris, Gloucester and Monmouth counties.

The results will hold interest because they may give insight into how purple areas are trending, and what future races hold.

And that being the case, it’s possible that specific betting pools will crop up for the results of next year’s gubernatorial race in Nassau and Suffolk counties. New York’s suburbs usually represent 24% of the state vote with Long Island, which can swing either way, turning in 17% of the total. Donald Trump won Suffolk and lost Nassau in both 2016 and 2020, by mostly slim and varying margins in each election.

Bettors are looking for any tea leaves they can get to start figuring out 2024 … and a little action, too.

If voters heard anything about the five proposals on the ballot on Tuesday, it might have been the refrain “1,3,4.”

“Don’t forget to vote YES on Proposals 1, 3, and 4 on Tuesday to strengthen our Democracy,” tweeted Sen. Kirsten Gillibrand on Monday.

There’s the website, yeson1-3-4.org, from groups like Common Cause and Make the Road New York. A coalition of law enforcement unions is pushing a no vote on the same. And over the weekend, lawmakers including Sen. Chuck Schumer and Rep. Jerry Nadler rallied in Manhattan for the combo.

The attention is surely due to Proposals 1, 3 and 4 being more directly tied to political power. The first is a grab-bag whose sections include changes to the state’s redistricting process that give political parties with power in both chambers — right now Democrats — more leverage in the internecine and high-stakes undertaking. The other two would pave the way to same-day voter registration and no-excuse absentee voting, which Democratic officials largely support while the GOP opposes.

Lonely ballot proposals 2 and 5 would, respectively, establish a state constitutional right to clean air and water and a healthful environment, plus make an administrative change in the dollar amounts of lawsuits filed in New York City courts.

Which hasn’t so far resulted in, say, #Letsridefor2and5.

Did you miss an issue of The Point? Browse past newsletters here.