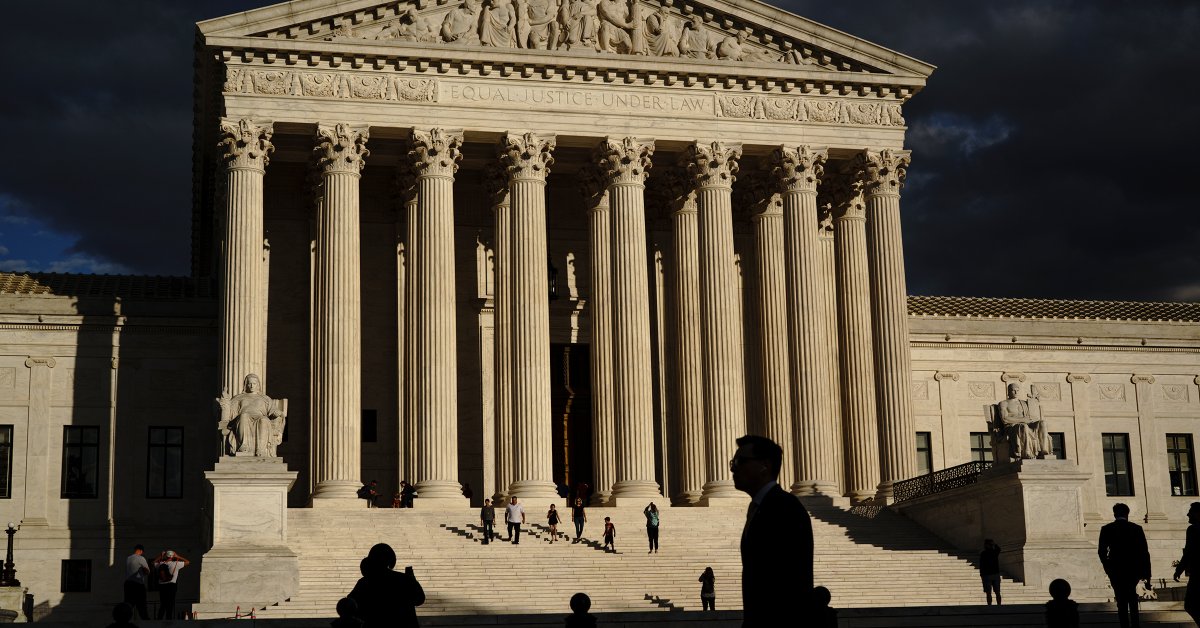 Eight years after refusing to consider a similar appeal, the U.S. Supreme Court on Wednesday will hear the biggest gun rights case in more than a decade, with the newly conservative majority in position to make it easier for millions of Americans to carry firearms in public.

The justices could loosen or strike down a century-old provision in New York that requires people to prove they have a special need for self-protection if they want to carry a concealed handgun outside of their home. The challengers in the suit—backed by the NRA-affiliated New York State Rifle & Pistol Association—argue that the restriction violates the Second Amendment, while the state and gun-safety groups say it’s a life-saving measure that prevents densely populated areas from being flooded with guns.

Legal experts say the court’s decision to take up the case, after years of turning away numerous Second Amendment-related appeals, suggests there’s a good chance it could choose to change the law. But such a move could have deadly and far-reaching repercussions amid a rise in shootings and firearm purchases nationwide, gun-safety advocates warn.

“It creates a situation where everybody has to arm up in order to protect themselves, creating a virtual arms race,” says Robyn Thomas, executive director of the Giffords Law Center.

Read more: More People Than Ever Are Trying to Carry Guns Onto Planes

Several other states, including California, Massachusetts and Maryland, have laws similar to New York’s that require people to prove to a licensing authority that they have a special need to carry a gun in public. New York’s law defines this as showing “proper cause.” All of them could be impacted, depending on how the court rules.

“It is much bigger than one New York state law,” says John Feinblatt, president of Everytown for Gun Safety.

The case is similar to one in 2013 in Westchester County, north of New York City, in which several plaintiffs applied for permits to carry concealed weapons. One said that as a transgender woman, she faced a high risk of violence and needed to protect herself. All were turned down for failing to show “proper cause,” court records show. The Supreme Court declined to hear that case, leaving the “proper cause” rule in place.

“It’s an impossible standard for the average person to meet,” says Ilya Shapiro, the vice president of the Cato Institute, which filed a brief in support of the New York State Rifle & Pistol Association.

Handguns for sale are displayed at the Knob Creek Gun Range store in West Point, Kentucky, on July 22, 2021. The Supreme Court will hear arguments on a case that could make it easier for Americans to carry concealed handguns.
Jon Cherry—Bloomberg/Getty Images

Shapiro says the bar of proving “proper cause” in New York has become unattainably high in the past several decades. He criticized the law for giving too much discretionary power to licensing officers, who are either local judges or law enforcement officers.

“You can’t get it unless you’re a celebrity or retired law enforcement or have like 17 credible and detailed death threats against you,” he tells TIME. Twenty-one states strictly limit when an application can be denied, and 21 more states have no application process at all for those who want to carry a gun in public.

In most of the 62 counties in New York state, the final decision rests with the licensing official, who “essentially gets to determine what proper cause means,” says Robert Spitzer, a professor of political science at SUNY Cortland. The results can vary depending on where you are in the state. For example, Spitzer says, upstate judges generally tend to be more lenient when granting permits than those in New York City, as they evaluate external factors such as population density.

For more than a century, licenses in New York have been granted to those who show “proper cause”—which judges in recent decades have interpreted as a reason to carry that is distinct and unique from the general population. Feinblatt says that includes people whose job it is to carry large amounts of cash or those who have a restraining order against someone who has a gun. It’s not usually granted due to “free-floating anxiety about feeling you are in danger,” he says.

In an indication of what’s at stake, more than 80 briefs have been filed in the case by supporters on both sides of the U.S. gun debate hoping to sway the Supreme Court. They include powerful advocacy groups, states and the Biden Administration—signaling that many already anticipate a historic ruling.

The Supreme Court has not ruled on a gun-rights case since landmark decisions in 2008 and 2010 upholding that the Second Amendment protects a private citizen’s right to keep a firearm in the home for “traditionally lawful purposes,” including self-defense. It could now decide whether private citizens have the constitutional right to carry that firearm outside of their home, as well.

Experts say that the court’s decision to take up the issue now, eight years after it rejected the Westchester case, could be attributed to the changed makeup of the bench, which became a 6-3 conservative supermajority when Justice Amy Coney Barrett joined in October 2020.

Their decision likely won’t come until next year, but gun-safety advocates warn gun violence will likely rise if the challengers prevail. A 2017 examination of state-level crime data by Stanford Law School Professor John Donohue found that states saw an estimated 13% to 15% increase in violence crime in the decade after enacting a right-to-carry concealed handgun law.

Meanwhile, homicides rose nearly 30% in 2020 from 2019—the highest jump year-to-year in the FBI’s recorded history, according to figures from the agency. In 2020, gun homicides and non-suicide-related shootings claimed more than 19,000 lives—the highest death toll in more than 20 years, according to data from the Gun Violence Archive, a nonprofit that tracks shooting incidents. So far this year, more than 17,000 people have been killed by guns, and more than 33,000 have been injured, the group says.

“More guns in public spaces equals more gun violence and more deaths,” Thomas says. ”There is so much at stake.”