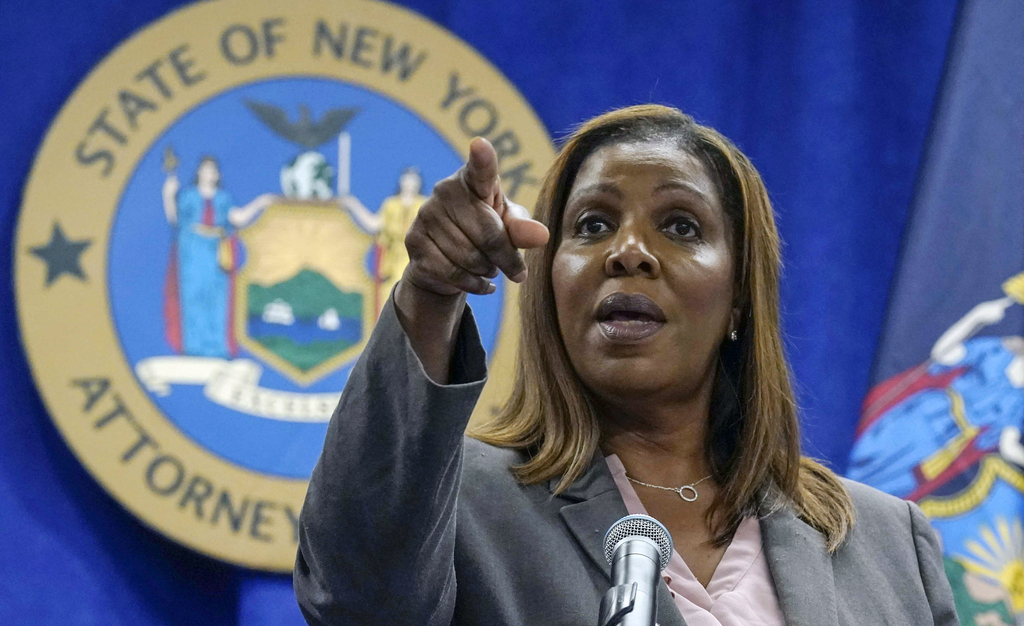 “I’m running for Governor of New York because I have the experience, vision, and courage to take on the powerful on behalf of all New Yorkers,” the Democrat wrote. “Let’s do this, together.”

James, 63, is the first candidate to challenge fellow Democrat Kathy Hochul, the former lieutenant governor who replaced Cuomo to become the state’s first woman governor when he stepped down on Aug. 24.

Hochul, also 63, a Buffalo native, has already announced her candidacy for a full four-year stint as governor of the country’s fourth most populous state when the remaining portion of the term she inherited from Cuomo expires at the end of 2022.

Other Democrats who may be planning a run include New York City Mayor Bill de Blasio, whose term expires at the end of this year and who the New York Times reported earlier this month has told associates he intends to challenge Hochul.

If James were to win the Democratic nomination and go on to defeat her Republican opponent, she would become the first Black female governor of any of the 50 states. Georgia Democrat Stacey Abrams narrowly missed reaching that milestone in 2018.

Elected in 2018, James is in her first term as attorney general, an office from which some of her predecessors, including Cuomo, have stepped up to governor, thanks in part to its jurisdiction over high-profile legal cases in the country’s financial capital.

This year alone, James joined a probe of former U.S. President Donald Trump’s namesake company that led to its indictment on tax fraud charges and asked a federal bankruptcy court to dissolve the National Rifle Association.

She has also joined other state attorneys general in seeking tighter antitrust restrictions of Big Tech companies and challenging the restrictive abortion law of Texas.

But her most prominent move in the state’s political arena was her 168-page report on Aug. 3 that found Cuomo unlawfully groped, kissed or made suggestive comments to 11 women, many of them aides in his office.

Cuomo has denied touching anyone inappropriately and decried the report as unfair, even as he prepared to leave the governor’s mansion after declaring that remaining in office would paralyze state government.

James began her political career as a member of the New York City Council from her native Brooklyn and was elected in 2013 as the city’s public advocate, which serves as a watchdog over other municipal agencies.